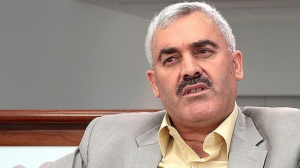 The following op-ed was published on 3rd of October, 2014 in Business & Human Rights in Ireland

Very pleased to welcome this guest post from Shawan Jabarin, Director General of Al-Haq, the oldest Palestinian human rights organisation and the West Bank affiliate of the International Commission of Jurists. This is the first of a series of guest posts leading up to the Irish Department of Foreign Affairs and Trade Forum on “Implementing the UN Guiding Principles on Business and Human Rights”

I would like to first commend the Irish government for taking concrete steps towards the development of an Irish National Action Plan (NAP) on the implementation of the UN Guiding Principles on Business and Human Rights.  This is an important step in ensuring a future where corporations doing business in Ireland do not contribute to violations of human rights within and outside of Irish jurisdiction.  In planning for the future, however, it is always important to reflect on the past and make use of the lessons that history provides.

The similarities in national history between the people of Ireland and the Palestinian people have led to a strong relationship between the two for decades.  As the first Palestinian human rights organization, Al-Haq has always looked to Ireland to be a torch-bearing state in ensuring that international law is respected because it has experienced first-hand what the violation of sovereignty and the denial of self-determination means.

For nearly 35 years Al-Haq has advocated for the implementation and enforcement of international law as the only way to achieve a just and lasting resolution to the ongoing occupation of Palestinian territory and the realization of the right to self-determination for the Palestinian people.  Third-states, such as Ireland, play an essential role in ensuring that international law is respected, particularly in situations of armed conflict.

The development of international law throughout history has been motivated, in large part, to ensure that what the people of Ireland had to endure for centuries under colonial domination would not be repeated. Despite these developments, however, international law still relies on the political will of states for its enforcement.  It is this lack of political will which has frustrated Al-Haq’s mission over the years and led us to further explore the underlying reasons driving this inertia. While the memories of WWII and geopolitics undoubtedly play a role, Al-Haq strongly believes that business interests are playing a significant role in the perpetuation of Israel’s occupation of Palestinian territory, specifically those interests involved in the exploitation of Palestinian natural resources.

It is this continued exploitation of Palestinian natural resources that I would like to connect to Irish history in the remainder of this post as another shared characteristic of our struggles which the people of Ireland and the Irish government should bear in mind during the consultation process of the NAP.

While it was the government of Britain that sought colonial domination of Ireland, it was only able to fulfill its ambition with the support of private business interests, in the form of the London Livery Companies.  These companies, operating under the umbrella of ‘The Honourable Irish Society’, provided the financial support for the implementation of British governmental policy on the island.

As is the case with most businesses, the livery companies were driven by profit which would come in part from the exploitation of the natural resources Ireland possessed. This profit would not come without legal cover, however, which the British government provided in the form of a royal charter licensing their activities on the island. With license in hand, the companies developed plantations or settlements in the north of Ireland.  The construction material used in building these plantations and their surrounding walls was, for the most part, not shipped in from Britain. Rather the stone from quarries on the island was used to cement the British colonization of Ireland for centuries to come.  The settlers soon followed.  Today, County ‘Londonderry’ serves as a constant reminder of this important part of Irish history.

What is both ironic and disappointing is that today one of Ireland’s largest corporations, Cement Roadstone Holdings, is profiting from the construction of settlements and walls in occupied Palestinian territory, both of which are violations of international law.

Today, as in the past, corporations are playing a significant role in violations of international law.  Similarly, corporations in occupied Palestinian territory are justifying their activities using unjust legal cover.  In the context of conflict zones, particularly situations of occupation with clear colonial ambitions, states and corporations play an important role in the incentive structure which perpetuates the conflict.  While Ireland did not have the benefit of current international law as a tool to challenge British colonization, Palestine does. This tool, however, is only strong when used properly and both the letter and spirit of the law are respected.

The UN Guiding Principles on Business and Human Rights are an important development in addressing the interconnected role that states and businesses play in both the respect and violation of international law.  The Irish government has already taken a positive step by publishing advice for Irish citizens and business regarding involvement in Israeli settlements. Ireland’s NAP is an opportunity to build on this progress.  As a Palestinian human rights organization, Al-Haq will be following the process in Ireland with a hope that Ireland will raise the bar in the area of business and human rights.  Doing otherwise would not only be disappointing for Palestinians, it would be a disservice to the history of the proud people of the Emerald Isle.

Al-Haq has prepared a position paper on States’ National Action Plans which I hope will be of use during this process.