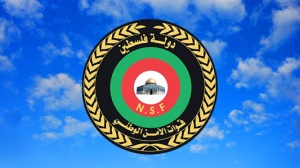 On 01/12/2014, Al-Haq sent a letter to the Palestinian President and Commander-in-Chief of the Palestinian Forces Mahmoud Abbas and to the Prime Minister and Minister of Interior Rami Al-Hamadallah, concerning the Palestinian National Security Forces (NSF) holding a child, Husam Jamal Nassr Abu Saleem, hostage. The NSF held Husam in order to force his father Jamal Abu Saleem, who is an officer in the NSF, to turn himself in to the NSF. The child was released after three days of being held, when his father surrendered to the NSF.

While Al-Haq did not receive a written answer regarding the letter, Al-Haq received a phone call from the Office of the Prime Minister on 23/12/2014 at 10:45 am. During the phone call, the Prime Minister’s Office provided that “the matter has been followed up by the competent authorities” and that the incident “is an individual action that does not reflect the policy of the National Security Forces... and there is no justification for holding the child hostage.” In addition, the Office stated that it has “alerted the party that caused this violation” and such an incident “will not be repeated.”

Al-Haq, thus publishes the text of the written letter addressed on 01/12/2014 to President Mahmoud Abbas, which is the same letter sent to the Prime Minster and Minister of Interior Rami Al-Hamadallah. In order for justice to be achieved, Al-Haq renews its demand to hold the perpetrators of this violation accountable. The holding of Husam hostage is contrary to the international conventions that the State of Palestine is a party, to the Palestinian Basic Law, the Palestinian Child Law of 2004, and relevant Palestinian legislation.