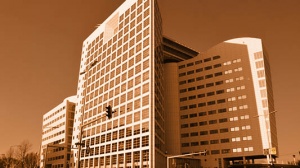 On 1 January 2015, the State of Palestine lodged an ad hoc declaration pursuant to Article 12(3) of the Rome Statute, accepting that the International Criminal Court (the ICC) exercise jurisdiction as of 13 June 2014. On 2 January 2015, Palestine deposited its accession instrument with the UN Secretary General and acceded to the Rome Statute. By 7 January 2015 the registrar of the ICC had accepted the declaration submitted according to Article 12(3). As a result of the 12(3) Declaration, the Prosecutor of the ICC opened a preliminary examination into the situation in Palestine on 16 January 2015.

This paper seeks to explain the current situation of Palestine at the International Criminal Court (the ICC) in regard to the ongoing preliminary examination being conducted by the Office of the Prosecutor into crimes committed in Palestine from 13 June 2014 and onwards.

Click here to download Al-Haq's Questions and Answers: The Preliminary Examination of the Situation in Palestine.
Related Subjects
Over 280 ESCR-Net Members Call for Stronger Treaty to Regulate Corporate Activities
Al-Haq’s Engagement with the UN Committee on Economic, Social and Cultural Rights for Israel’s Fourth Periodic Review
Al-Haq Welcomes Launch of World Health Organization Report on the Right to Health in the Occupied Palestinian Territory