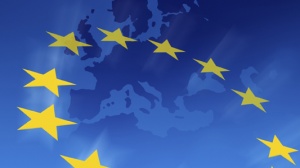 Re. The Export of Dutch Service Dogs to Israel

As the General Director of Al-Haq, I am writing to you to ensure that the Dutch Government brings to an end without delay the export of service dogs to Israel. Al-Haq, a Palestinian human rights organization, can confirm that these dogs are used in violations of human rights and humanitarian law against the Palestinian civilian population by Israeli occupying forces (IOF). If the Dutch government continues to permit and thereby facilitate the export of these dogs with knowledge of their use, individual corporate executives, corporations, and even state agents, can be accountable for aiding and abetting war crimes.  The Dutch government may also be internationally responsible for its failure to regulate this activity.

Israel’s Use of Service Dogs

Based on Al-Haq’s documentation, service dogs are intentionally used by Israeli occupying forces to terrorize and bite Palestinian civilians, especially during protests and night house raids. In a telling example, on 23 March 2007, a 52-year old woman Yusra Sbeih was attacked by a dog after Israeli occupying forces raided her brother’s house in Bethlehem to arrest him. As the linked video shows, other means of subduing the woman, if necessary, were available. In a separate incident on 13 March 2012, the IOF used a dog to attack 20-year old Ahmad Shteiwi while he participated in a peaceful protest. Palestinian and international activists were protesting the closure of the entrance to his home village of Kufr Qaddoum. After footage documenting the incident appeared, Israel decided to temporarily stop using dogs against protesters in the West Bank. Nevertheless, the use of dogs to attack and harm Palestinians has continued. For example, on 23 December 2014, the IOF set a dog on a 16-year old Hamzeh Abu Hashem in Hebron before arresting him.

The three above-mentioned cases are not unique. Al-Haq has documented several other cases where dogs are used to terrify Palestinian civilians.

Individual and State Responsibility for Aiding and Abetting War Crimes

The deliberate use of dogs against civilians constitutes a measure of intimidation[1] prohibited by Article 33 of the Fourth Geneva Convention.[2] The deliberate use of service dogs to attack Palestinians can also amount to a violation of the prohibition on cruel, inhuman or degrading treatment or punishment when used unnecessary or as a means of intimidation.[3] In the context of Israel’s occupation, the use of service dogs for torture would also rise to the level of a war crime within the meaning of Article 147 of the Fourth Geneva Convention and Article 8(2)(a)(ii) of the Rome Statute of the International Criminal Court. As such, the use of dogs could incur both individual and state responsibility.

The transfer of the dogs by Dutch nationals to Israel, its state agents, or private security companies operating in the Occupied Palestinian Territory, would constitute aiding and abetting the war crime under Article 25 of the Rome Statute. The dogs represent the means for carrying out a war crime, and with knowledge of Israel’s use of these dogs against Palestinians, individual members of the Dutch government, Dutch corporations, and Dutch corporate leaders who transfer or facilitate the transfer of the dogs may be accountable for aiding and abetting war crimes.

The Dutch government’s responsibility to regulate, investigate, prosecute and punish corporate activities that aid and abet war crimes is clear from the Fourth Geneva Convention and affirmed by the UN Guiding Principles on Business and Human Rights and the OECD Guidelines for Multinational Enterprises. The failure to regulate Dutch corporate actors in this area may give rise to Dutch state responsibility.

In light of the above, Al-Haq underlines that the Dutch government must prohibit and bring to an end without delay the sale and transfer of Dutch service dogs from the Netherlands to Israel. As already indicated by Minister Ploumen in a parliamentary debate in October 2015, such export could be prohibited through the listing of service dogs under Dutch regulations on strategic and/or dual use goods.

Al-Haq also calls on the Dutch government to prevent, discourage and raise awareness about corporate complicity in international violations and hold to account Dutch corporations and its members that are involved in or linked with violations of international law in the Occupied Palestinian Territory.

We look forward to your immediate action on this grave matter.