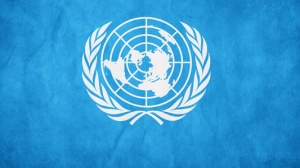 On 3 and 4 May 2016, the Israeli government underwent its fifth periodic review by the UN Committee against Torture (CAT), which monitors States’ implementation of the Convention against Torture and Other Cruel, Inhuman or Degrading Treatment or Punishment, hereinafter the Convention. In preparation for the review, Al-Haq along with five other Palestinian civil society organisations, submitted an alternative report discussing how the Israeli occupying power violates the Convention and fails to implement its provisions within the Occupied Palestinian Territory (OPT).

A day before the Israeli government's review, Al-Haq attended formal and informal briefings to members of CAT in Geneva, Switzerland. During these briefings, Al-Haq delivered an oral intervention that focused specifically on the holding of bodies of Palestinian martyrs as degrading treatment and collective punishment. Al-Haq also highlighted collective punishment in East Jerusalem in the form of home demolitions and restrictions on movement.

On 13 May 2016, CAT published their concluding observations following the Israeli government's review, specifically highlighting the illegality of holding bodies of Palestinians killed by Israeli forces. In particular, CAT emphasised in paragraph 43 that the Israeli government should "take the measures necessary to return the bodies of the Palestinians that have not yet been returned to their relatives as soon as possible so they can be buried in accordance with their traditions and religious customs, and to avoid that similar situations are repeated in the future."

Al-Haq welcomes the Committee's concluding observations, particularly paragraph 41 in which it was indicated that Israel should take all the measures necessary to put an end to the policy of punitive house demolitions, as it violates article 16 of the Convention. CAT further noted the following comment by UN High Commissioner for Human Rights concerning to Israel's use of force:  “some of these responses strongly suggest unlawful killings, including possible extrajudicial executions” (A/HRC/31/40, para. 10).

The Israeli government continues to use torture, cruel, inhuman or degrading treatment or punishment against Palestinians in the OPT. In light of its ongoing unlawful policies and practices in East Jerusalem and the rest of the OPT, Al-Haq calls on the international community to ensure Israeli compliance and cooperation with UN mechanisms, in particular the numerous recommendations of treaty bodies such as CAT, which Israel continuously disregards.