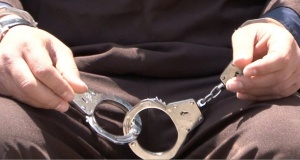 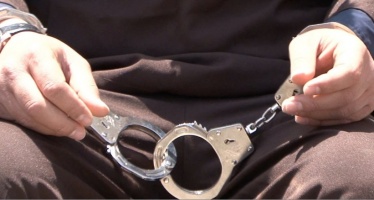 The United Nations Special Rapporteur on the situation of human rights in the Palestinian territories occupied since 1967, Michael Lynk, today urged Israel to comply with international law and international standards for detention.

The expert’s call comes as the ongoing hunger strike by approximately 1,000 Palestinians held in Israeli jails enters its second month. They are requesting better and consistent access to health care, more liberal family visit policies, and an end to solitary confinement and administrative detention.

“I am particularly concerned with Israel’s use of administrative detention, which involves imprisonment without charge, trial, conviction or meaningful due process, as well as the possibility of unrestricted renewal of their detention,” the human rights expert said, highlighting that administrative detainees are imprisoned on secret evidence that neither they nor their lawyers can review or challenge.

“Israel’s use of administrative detention is not in compliance with the extremely limited circumstances in which it is allowed under international humanitarian law, and deprives detainees of basic legal safeguards guaranteed by international human rights law,” Mr. Lynk said recalling his first report to the UN General Assembly. The Rapporteur noted that there are approximately 500 Palestinian administrative detainees.

The Special Rapporteur also noted that many of the 6,000 Palestinian prisoners held by Israel are incarcerated in prisons within Israel, and not in the Occupied Palestinian Territory, in contravention of International Humanitarian Law.

“These transfers create significant barriers to the families of prisoners who wish to visit them, due to the difficulty of obtaining permits to enter Israel, and the often arduous journey families must undertake to reach their relatives,” he pointed out.

Mr. Lynk expressed concern about the reports he has received that prisoners are being held in solitary confinement, being denied access to lawyers, and experiencing other forms of deprivation due to their participation in the hunger strike. He warned that Israel’s 2015 law allowing force-feeding could be used in this circumstance, and called on Israel to comply with the UN Standard Minimum Rules for the Treatment of Prisoners.

“Prisoners everywhere have a right to engage in hunger strikes to protest their living conditions, and they should not be punished as a result,” Mr. Lynk stressed. “Force-feeding is a practice that human rights experts have found could amount to torture.”

The Special Rapporteur is currently undertaking his annual visit to the region. Due to Israel’s lack of response to his request to travel to the Occupied Palestinian Territory, he is in Amman, Jordan, from 15 to 19 May.

“I deeply regret not having the opportunity to visit the Occupied Palestinian Territory, and to speak face-to-face with victims and witnesses of Israel’s alleged violations of international humanitarian and human rights law,” he stressed.

During his five-day mission, the independent expert will meet with officials, community leaders and civil society representatives, among others. He will discuss the human rights situation across the Occupied Palestinian Territory in order to gather evidence and information for his upcoming reports.

The Special Rapporteur will present his next report to the General Assembly in October 2017 on his findings and conclusions.

Mr. Michael Lynk (Canada) was designated by the UN Human Rights Council in 2016 as the Special Rapporteur on the situation of human rights in the Palestinian territories occupied since 1967. The mandate was originally established in 1993 by the then UN Commission on Human Rights. Professor Lynk is Associate Professor of Law at Western University in London, Ontario, where he teaches labour law, constitutional law and human rights law. Before becoming an academic, he practiced labour law and refugee law for a decade in Ottawa and Toronto. As well, he worked for the United Nations on human rights and refugee issues in Jerusalem.