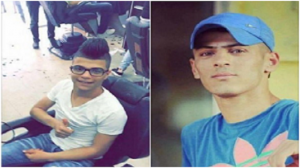 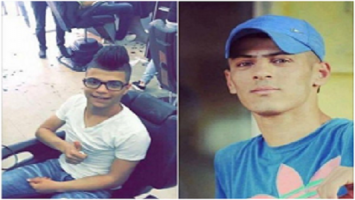 As Palestinians marked fifty years of Israel’s brutal military occupation in June,[1] Israeli violations of international human rights and humanitarian law continued unabashedly into July. Throughout the month, a total of 10 Palestinians were killed by the Israeli Occupation Forces (IOF), including at least two minors,[2] during demonstrations, clashes, and raids across the Occupied Palestinian Territory (OPT), including East Jerusalem. Another 7 Palestinians were killed during attacks and alleged attacks against the IOF.[3] Over 1,500 Palestinians were injured during clashes and violently suppressed protests,[4] reaching almost half of all injuries recorded in 2016 in just one month.[5] Excessive use of force was coupled by a staggering increase in Israeli detentions of Palestinians, with 880 Palestinians having been detained, often arbitrarily, throughout the month of July.[6]

By the end of June, Israel had begun tightening security in and around the Old City of Jerusalem.[7] On 14 July 2017, three Palestinian citizens of Israel from Umm Al-Fahm were killed by the IOF within the Al-Aqsa mosque compound, during an attack that also killed two Israeli police officers. In the aftermath of the attack, the IOF punitively closed all gates into the Al-Aqsa mosque compound, imposed a full 48-hour closure on the Old City of Jerusalem,[8] and detained a number of Palestinian religious leaders, including 58 members of the Islamic waqf and the Mufti of Jerusalem.[9] The IOF installed metal detectors at the entrance to the Al-Aqsa compound, requiring Palestinians to undergo security checks to enter their place of worship when the Old City ‘reopened’ on July 16. Palestinians began to protest these measures, fearing that the metal detectors could become permanent fixtures at the holy site leading to its partition similar to the Ibrahimi Mosque in Hebron.[10] Peaceful assemblies and public prayers, which were forcefully suppressed by the IOF and turned into clashes, erupted across the OPT throughout the rest of the month of July. Overall, Israeli human rights violations documented in July were consistent with a decades-long policy of excessive use of force against the protected Palestinian population.

i. Excessive use of force during protests and clashes

In July 2017, seven Palestinians were killed in the context of protests and clashes that took place throughout the OPT. These include:

In these cases, as in the past five decades, excessive use of force was a staple of Israel’s response to peaceful assemblies and protests  against a range of Israeli policies and practices such as restrictions against freedom of movement[17] and against the right to “either individually or in community with others […] to manifest [their] religion or belief in worship, observance, practice and teaching.”[18] Overall, an estimated 1,015 Palestinians were injured during protests in and around East Jerusalem in the second half of July alone. Of these, two Palestinians lost an eye as a result of rubber bullets shot by the IOF to disperse the crowds.[19]

During July 2017, four Palestinians from the West Bank and three Palestinian citizens of Israel were killed during attacks and alleged attacks against the IOF.

On two occasions during the month of July, the IOF used live ammunition during raids. On 16 July, the IOF shot and killed Ammar Ahmad Al-Tirawi, 34, from the village of Kufr Ein, who was wanted for his alleged involvement in two prior shooting incidents against an Israeli settler vehicle and an IOF vehicle. According to the IOF, Ammar was shot after he allegedly raised his weapon against them when they attempted to detain him. None of the IOF were reportedly injured.[25]

In Focus: The case of Saad Nasser Salah and Aws Mohamad Salama[26]

Around 2 am on Wednesday, 12 July 2017, the IOF raided Jenin refugee camp from its western entrance. When residents of the camp realised the IOF were there, clashes erupted between them. At around 3:30 am, while the clashes continued, 10 to 15 Israeli soldiers crept quietly away from the area of the clashes to Al-Sikka Street, about 350 meters from the west of the camp’s square. Witnesses saw the IOF swiftly spread out around the square, each up a different alleyway. They were later followed by two Israeli military jeeps at 4 am. These jeeps had left the scene of the clashes, which were still ongoing, drove towards the camp’s square and then sped along Al-Sikka Street. Between the IOF on foot and in jeeps, a trap had been set up.

Palestinian youths ran after the jeeps and threw rocks at it. At the same time, Sa’d Nasser Salah, 21, followed the jeeps on his Vespa. Many witnesses saw Aws Mohammad Salama, 17, sitting on it behind him. Witnesses stated that the jeeps were leading the youth into the ambush, and once the Vespa had reached the center, the IOF attacked them.

Sa’d seemed to have tried to stop the Vespa to turn back, but it was too late. The IOF immediately began shooting at the two youth from a distance as close as 3 meters away. Sa’d sustained a gunshot through his head from behind and fell to the ground, together with his Vespa. Aws tried to run but sustained a bullet to his upper abdomen. Although injured, Aws made an attempt to run back towards the camp’s square. He was able to run 15 to 20 meters, then, unable to continue, he started to crawl until he could no longer move.

Witnesses stated that three or four Israeli soldiers stood around Sa’d and kicked him in the head. One member of the IOF then searched the Vespa. Witnesses reported seeing a soldier place a knife next to Sa’d’s head, and then took a series of pictures of him lying next to it. It is unclear from the witnesses as to where the knife was moved from.

At around 4:15 am, some of the youth in the camp were able to reach Aws and carried his body through a nearby alleyway. Around 4:30 am, the IOF released one or two smoke bombs around the area preventing eyewitnesses from seeing their withdrawal from the scene. At that point some of the residents of the camp were able to reach the place where Sa’d was sprawled on his back, his face covered in blood, the left side of his head crushed, and part of his brain visible. Sa’d was immediately declared dead upon reaching Jenin Government Hospital. Aws was taken into surgery but was also pronounced dead around 7 am. A forensic doctor in the presence of a representative of the public prosecutor’s office examined the bodies, but did not conduct an autopsy. Both were buried that same day.

Sa’d’s friends reported that the “Zynga” knife was something he always had on him or in a compartment under his seat in the Vespa, as he worked long hours into the night and drove to the outskirts of the city on his Vespa to make deliveries.

According to Israeli news sources, the attacks were provoked by the homemade bombs and gunshots fired by the Palestinian youth, forcing the IOF to react to the attack. Al-Haq’s investigation found that the attack by the IOF had not been preceded by any warnings, neither of the youth seemed to have been carrying any sort of weapon in order to attack the IOF, nor did they fire any bombs or shots at the IOF. Moreover, no clashes had been taking place where they were shot and killed.[27]

Al-Haq calls for the impartial, effective investigation, prosecution, and punishment of all individuals involved in unlawful killings, including those carried out by Israeli settlers. Given the context of Israeli impunity, Al-Haq calls on the international community to ensure the effective protection of the occupied Palestinian population.

[7] In mid-June 2017, three Palestinian youth were shot and killed by the IOF while carrying out an attack against Israeli Border Police in occupied East Jerusalem. The attack was followed by weeks of unlawful collective punishment measures imposed on the youth’s hometown of Deir Abu Mash’al. Al-Haq, “Collective Punishment in Deir Abu Mash’al” (15 July 2017), available at: http://www.alhaq.org/advocacy/topics/civil-and-social-rights/1125-collective-punishment-in-deir-abu-mashal. In the aftermath, Israel increased security measures in and around the Old City of Jerusalem. See Herb Keinon, “Israel Steps Up Damascus Gate Security Following Jerusalem Attack” (23 June 2017), The Jerusalem Post, available at: http://www.jpost.com/Israel-News/Israel-steps-up-Damascus-Gate-security-following-Jerusalem-attack-497707.

[8]Only Palestinians whose ID cards confirmed their residence in the Old City were able to enter. Al-Haq and Community Action Centre, “International Community must Intervene to End Israel’s Targeting of Jerusalem” (20 July 2017), available at: http://www.alhaq.org/advocacy/topics/wall-and-jerusalem/1128-international-community-must-intervene-to-end-israels-targeting-of-jerusalem.

[9] Al-Haq Weekly Report, 10 to 16 July 2017, p. 1. Fifteen political leaders were further detained the following week and released on the condition that they refrain from speaking out publicly against the Israel’s escalations at Al-Aqsa mosque. See Addameer, “Facts on Al-Aqsa Uprising: Arrest, Collective Punishment and Extrajudicial Killing” (26 July 2017), available at: http://www.addameer.org/publications/facts-al-aqsa-uprising-arrest-collective-punishment-and-extrajudicial-killing.