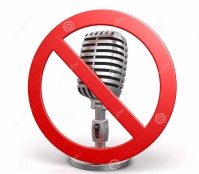 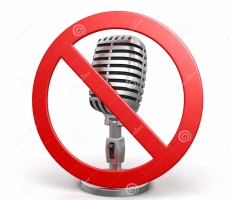 Al-Haq recently sent letters to His Excellency Dr. Rami Hamdallah, Prime Minister and Minister of Interior, and to Dr. Mahmoud Khalifeh, Undersecretary of the Ministry of Information, demanding the withdrawal of the letter issued by the Ministry of Information (MoI) to the Board Chairman of A7la FM radio station on 22 October 2017. The MoI letter called for Reem Al-Umari, the radio station manager, to be replaced and a new manager appointed. This came as a result of the Ministry of Interior’s refusal to accept the appointment of Al-Umari, which they required to renew the radio station’s licence. The aforesaid letter violates the provisions of the Amended Basic Law, international treaties to which the State of Palestine has acceded to, including the International Covenant on Civil and Political Rights (ICCPR), and relevant Palestinian legislation since Palestinian regulations on media outlets do not require an annual renewal of radio station licences.

The MoI letter sent to Wael Kassis, Board Chairman of A7la FM radio station, states: “We hereby call you to appoint a new manager of your esteemed radio station within two weeks. He/she will fulfil legal requirements in accordance with the provisions of the 2004 Regulation on the Licensing of Stations and its 2009 Amendment, particularly Article 2(1) under Chapter Two of the Regulation. It should be noted that the Ministry of Interior has refused to approve the station manager that you nominated, citizen Reem al-Umari.”

In its communications, Al-Haq emphasized that the Ministry of Interior and Ministry of Information’s interference with the appointment of and demand to replace the radio station manager, as a condition precedent to finalise licensing procedures, were a clear and flagrant violation of the freedom of the press enshrined in the Amended Basic Law. Article 27(3) of the Law confirms that: “Censorship of the media shall be prohibited. No warning, suspension, confiscation, cancellation or restriction shall be imposed upon the media except by law, and pursuant to a judicial ruling.”

Al-Haq added that this violation was considered a crime under the constitution. Article 32 of the Basic Law affirms: “Any violation of any personal freedom, of the sanctity of the private life of human beings, or of any of the rights or liberties that have been guaranteed by law or by this Basic Law shall be considered a crime. Criminal and civil cases resulting from such violations may not be subject to any statute of limitations. The National Authority shall guarantee a fair remedy to those who suffer from such damage.” Al-Haq also stressed that the Ministry of Information’s letter impinged on the ICCPR, to which the State of Palestine has acceded. Article 19 of the ICCPR safeguards the right to freedom of expression and freedom of the media. Moreover, the Ministry’s letter contradicts General Comment No. 34 of the United Nations Human Rights Committee. Licensing conditions of mass media should be clear, transparent, objective, non-discriminatory and otherwise in compliance with the ICCPR. Effective measures need to be taken to prevent control of the media which would interfere with the right to freedom of expression and media freedoms.

Al-Haq further elaborated that the letter issued by the Ministry of Information derogated from the provisions of the 2004 Regulation on the Licensing of Stations, including Article 2(1) which the Ministry cites. The said article does not grant absolute authority to the Ministry of Interior. On the contrary, this power is limited to the licensing conditions set by Article 12(2) of the Regulation. Accordingly, a radio station manager is required “(1) To be Palestinian; (2) To be a journalist or a media representative; (3) Not to be convicted of a crime or misdemeanour of moral turpitude; (4) To hold a first university degree and [possess] relevant work experience of not less than five years. In the event the first university degree is not available, his or her professional experience must not be less than ten years at the station.” Al-Umari, A7la FM radio station manager, fulfils all of the conditions stated above.

Al-Haq also confirmed that the so-called “security clearance” condition, which might be suggested by the letter, was not provided for under any regulation on the right to freedom of expression and the work of media outlets. These include the regulations cited in the Ministry of Information’s letter. Additionally, requiring a security clearance gravely violates the Basic Law, the ICCPR, and the Council of Ministers’ Decision of Session No. 133, dated 24 April 2012. The latter provides that the requirement of security clearances to obtain a work licence should be suspended. This condition also flagrantly violates the Plenary Session of the Palestinian High Court’s ruling on Case No. 209/2009, which confirms that the security clearance condition encroaches on the law, undermines the foundations and principles of civilised societies whose legitimacy resides in the rule of law, and dismantles the values of justice and equity. The High Court stressed that requirements of security clearances should be annulled.

Al-Haq called on the Prime Minister to issue instructions to take necessary legal procedures to put an end to the Ministry of Interior’s interference with the appointment of Al-Umari and to respect media freedoms enshrined in the Basic Law, international conventions, and Palestinian legislation. This is in compliance with the National Policy Agenda 2017-2022: Putting Citizens First, which emphasizes the need to embody democratic practices in the State of Palestine. Al-Haq also demanded that the Ministry of Information withdraw the aforementioned letter and respect the principle of the rule of law as well as public rights and freedoms, including the right to freedom of expression and freedom of the press.