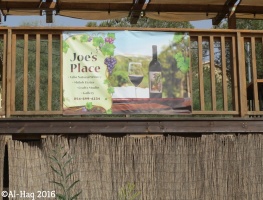 With the support of the Israeli government,1 Israeli settlers in the occupied West Bank, including East Jerusalem, actively blur the internationally recognized Green Line between the occupied Palestinian territory (OPT) and Israel in an attempt to normalize their illegal presence in the occupied territory. In recent years, the Israeli Government and settler councils have developed strategies to combat measures, including labeling requirements, the 2015 European Commission’s “interpretative notice on the indication of origin of goods from the territories occupied by Israeli since June 1967”,2 and boycott campaigns, all of which challenge Israel’s unlawful settlement enterprise.

Settler councils have appealed to tourist and consumer sentiments and religious persuasion to market their goods. As part of their marketing strategy, settlers operate guided tours in and around West Bank settlements, including industrial settlements, and offer so-called “biblical experiences” 3. As such, the majority of settlement councils have established tourist offices with maps exclusively depicting the occupied West Bank as ‘Judea and Samaria’ with biblical references to illegal settlements and outposts. While settler businesses thrive in the OPT, Palestinian businesses face extreme obstacles, especially those operating in Area C, which makes up around 61 per cent of the occupied West Bank and remains under full Israeli civil and military control.4

By feeding on Palestinian natural resources and confiscating and exploiting Palestinian land to expand, the rise of wineries and wine production in Israeli settlements is emblematic of Israel’s broader settler-colonial enterprise in Palestine. To support their goods in Israel and abroad, Israeli settlement wineries play on a main factor: their consumers’ religious beliefs. Referencing the biblical recreation of wine,5 as a means of normalizing the settlement wine industry, settlers assimilate settler-colonialism with religious beliefs to appeal to Christian and Jewish communities around the world as a means of generating profit.6 Settler wine producers draw on biblical narratives in order to market their produce, while bypassing legal and legislative barriers to exporting their unlawful products.

The Israeli Wine Producers Association contributes to normalizing the presence of settlements by integrating settler wineries with Israeli wineries beyond the Green Line.7 The overall objective is to increase and deepen settler presence in the OPT by expanding wine production.8 At the same time, the expansion of agricultural and industrial production in settlements is facilitated by the confiscation and exploitation of Palestinian property and natural resources, including land and water, in the OPT, in violation of international law.9 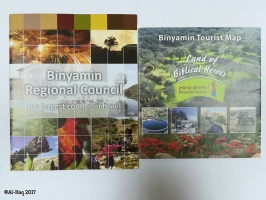 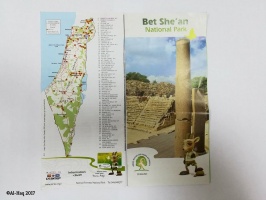 In a recent bid to attract consumers, Israeli settlers from the Ariel settlement advertising themselves as wine “experts”, have begun to market native Palestinian grapes, Hamadani (Marawi) and Janadali, as so-called “biblical Jewish grapes.” Settlers are now expropriating grape vines to feed their colonial narratives by claiming to reconstruct their “ancient identity”10 through the production of wine that “Jesus and King David drank”11. Critically, the Ariel settlement is unlawfully constructed on appropriated Palestinian village lands, of Marda, Iskaka, Qira, Kifl Haris, and Salfit, It should be further noted that Hamadani (Marawi), Janadali, Betouni, and Zeini, along with several other types of grapes, are indigenous to Palestine and are habitually grown in Palestinian households and used in wine production by Palestinian wineries, such as Taybeh Winery and Cremisan Winery.

In early September of 2017, following an increase in settler wine exports to China, the Chinese Hubey Pengdun Group agreed to partner with the Hayotzer Winery, an Israeli company based in the settlement of Mishor Adumim, to build a winery worth $8 million USD in the Chinese province of Hubei.12 The prospective winery in the Hubei province aims to replicate climatic characteristics of settler-cultivated vineyards in the OPT to produce similar “ancient grape varieties”.13

Israel and Israeli wineries have been marketing their wines in China, as well as in other countries,14 by attempting to find common ground with Chinese consumers.15 The third largest wine market in the world,16 the Chinese market is currently purchasing and trading wines produced in Israeli settlements in violation of Palestinians’ rights to permanent sovereignty over natural resources.17 Israel’s Foreign Ministry-appointed ‘Wines Ambassador’, Tal Gal-Cohen, has actively pursued Chinese investments in the Israeli wine industry, including settler wineries.18 Wines produced from Palestinian Marawi grapes have been marketed as authentic Israeli wines in China, while being referred to as biblical. Featured in the China Daily newspaper, Tal Gal-Cohan underlined the settler biblical narrative by commenting on the Marawi wine produced in Beijing: “[t]his is what Jesus might have been drinking when he walked on water”.19 In addition, the Israeli government plays a role in promoting settlements abroad by featuring settler wines in international events and wine expos.20

Partnerships with and investments in Israeli businesses located in Israeli settlements in the OPT serve to reinforce the businesses’ presence by generating revenue to survive and expand. What is more, such investments, partnerships, and the normalization of illegal Israeli settlements, sustain and expand Israel’s settlement enterprise as a whole while depriving Palestinians of their human rights and obstructing the Palestinian economy. This is notwithstanding the fact that such partnerships profit from and perpetuate the unlawful appropriation of Palestinian land, and the exploitation of Palestinian natural resources. As a whole, the growth of business enterprises in settlements means the transfer of Israeli citizens into settlements in the occupied West Bank, in violation of Article 49 of the Fourth Geneva Convention.21

In light of the above, Al-Haq calls upon Hubey Pengdun Group to act with due diligence, to avoid complicity in serious human rights violations committed in the OPT, including war crimes, and comply with the UN Guiding Principles on Business and Human Rights. Al-Haq also calls upon the People’s Republic of China, as a permanent member of the UN Security Council and a supporter of an independent Palestinian State,25 to ensure Chinese corporations and businesses operating abroad act consistently with international law.26 As the international community, including the UN and third states, implement measures, including labeling guidelines and the upcoming UN Human Rights Council database on settlement businesses,27 in order to “distinguish” between Israel and unlawful settlements in the OPT, businesses should also consider adopting measures to ensure their respect for international law.

3Genesisland (http://www.genesisland.co.il/en) is one of the settler enterprises endorsing settler colonialism through the bible. Several other enterprises, including wineries, exist and are advertised through the Binyamin Tourist Map “Land of Biblical Heroes” brochure which may be found in several settler tourist offices in the north and central regions of the West Bank.

4UN General Assembly “Economic and social repercussions of the Israeli occupation on the living conditions of the Palestinian people in the Occupied Palestinian Territory, including Jerusalem, and the Arab population in the occupied Syrian Golan” 8 May 2015, A/70/82–E/2015/13, paragraph 78.

5Settlers using biblical versus to normalize theft of grape trees in the occupied West Bank and the occupied Golan Heights.

10Referring to the biblical scriptures.

21Art 49 Convention (IV) relative to the Protection of Civilian Persons in Time of War. Geneva, 12 August 1949. Unlawful transfer also falls within the jurisdiction of the International Criminal Court.

26United Nations. I. The State Duty to Protect Human Rights “Guiding Principles on Business and Human Rights: Implementing the United Nations "Protect, Respect and Remedy" Framework.” 2011 || UN Committee on Economic, Social and Cultural Rights (CESCR), General Comment No. 24 (2017): on State obligations under the International Covenant on Economic, Social and Cultural Rights in the context of business activities, 10 August 2017. E/C.12/GC/24