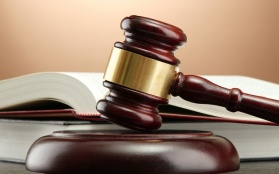 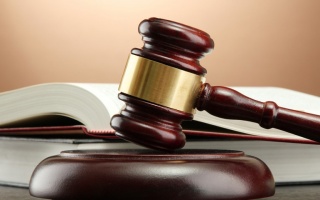 Having reviewed the 2017 Law by Decree on the High Criminal Court (hereinafter Law by Decree), which was approved by the President on 30 December 2017, it is clear that it was the same draft, which had been referred by the Council of Ministers to the President in its Session No. 130/17 of 13 December 2016. Just like the Law by Decree approved by the President, the draft was not subject to public consultation. This reflects the Executive Authority’s insistence on monopolising the legislative process, without public review. Given its continued inaction, it is clear that the Palestinian Legislative Council (PLC) does not exercise its law-making function and oversight of the Executive’s performance.

At the time, the draft Law by Decree was met with widespread opposition from civil society organisations because it impinged upon the competences and independence of the Judicial Authority as well as guarantees of a fair trial. The draft Law by Decree also violated provisions of the Basic Law, the International Covenant on Civil and Political Rights (ICCPR), the Judicial Authority Law, the Law on the Formation of Regular Courts, and the Penal Procedure Law. From a constitutional perspective, the issuance of the Law by Decree does not satisfy the prerequisite of necessity that would require its enactment without delay. Hence, immediate action needs to be taken to halt the publication of the Law by Decree in the Palestinian Official Gazette.

At first glance, a difference seems to exist between the version approved by the President and the previous draft in relation to the broad powers vested in the Attorney General or one of his assistants. During interrogation, the Attorney General or an assistant of his can issue a reasoned order, preventing the accused from travelling or include him/her on pre-arrival screening lists “for a period of one renewable year”. Although this is provided for under Article 11 of the previous draft, this power is not included under the Law by Decree endorsed by the President. According to the approved Law by Decree, this power is bestowed upon the Public Prosecution, and not only the Attorney General or one of his assistants, under Article 7 of the Law by Decree. Article 7 provides that the Public Prosecution will be granted the power to take “all necessary precautionary measures in relation to the incident” in the course of a preliminary investigation, without specifying the nature of such measures nor the guarantees relating to them. The power to issue orders on travel bans and pre-arrival screening lists therefore remains in the hands of the Public Prosecution, and is unrestricted and beyond judicial oversight as such orders are considered “precautionary measures” falling within the scope of this overly broad and loosely defined provision. As a result, with this provision in place, the powers of the Public Prosecution have been broadened, involving decisions on travel bans and the inclusion on pre-arrival screening lists, which infringes upon the rights and guarantees of the accused during the preliminary investigation stage.