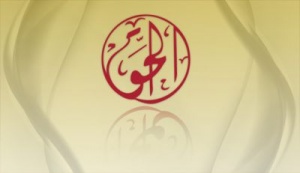 On 7 March 2018, the Israeli Parliament passed an amendment to the Entry into Israel Law which allows the Israeli Minister of Interior to revoke the permanent residency status from Palestinian residents of Jerusalem, who the Minister deems have ‘breached allegiance’ to Israel.1 Residency revocation has long been used by Israel as a tool to forcibly transfer Palestinians from East Jerusalem, an occupied territory under international law, to reduce and eliminate Palestinian presence therein and to alter demographic facts on the ground. Since 1967, Israel created and consistently expanded the criteria for revoking the residency status of Palestinians from Jerusalem, of whom at least 14,500 had their residency revoked to date.2

The bill (Amendment 30 to the Entry into Israel Law) was introduced following the Israeli Supreme Court judgment of 13 September 2017 on petition HCJ 7803/06. The judgment acknowledged the absence of legal grounds permitting the residency revocation of three Palestinian parliamentarians and a Minister based on ‘breach of allegiance’. However, the Court upheld the revocation of residencies for six months – permitting the illegality to continue – and giving the Israeli Parliament this period of time to change the law in order to legalize residency revocation based on “breach of allegiance”. On 26 February 2018, the Israeli government introduced the bill, which allows the Minister of Interior to revoke the residencies of Palestinians from Jerusalem based on the vague and illegal criterion of ‘breach of allegiance’. In this regard, breach of allegiance was defined to include committing, or participating, or incitement to commit a terrorist act, or belonging to a terrorist organization, as well as committing acts of treason specified in the Israeli Penal Code 1977.3 Such criteria are vague and could be widely applied to any Palestinian from Jerusalem.

In 1967 when Israel illegally annexed East Jerusalem, it did not confer nationality to Palestinians in the city. Instead, it gave them the status of permanent residency which can be revoked at any time using different means, including the ‘centre of life’ requirement, and now for ‘breach of allegiance’. In accordance with Article 45 of the Hague Regulations and Article 68(3) of the Fourth Geneva Convention, the protected population in occupied territory does not have a duty of allegiance to the Occupying Power. Residency revocations, including punitive revocations, flagrantly violate numerous other provisions of international humanitarian law and international human rights law. Revocation of residency leads to forcible transfer, a war crime under the Rome Statute of the International Criminal Court and a grave breach of the Fourth Geneva Convention. As residency revocations form part of a widespread and systematic policy to transfer the protected Palestinian population, it may also amount to a crime against humanity.

As Occupying Power, Israel has long benefited from a culture of impunity allowing it to develop and implement unlawful measures against the occupied Palestinian population, resulting in grave violations of international human rights and humanitarian law. More specifically, Israel persists in deepening its occupation and annexation of Jerusalem contrary to international norms and standards. The international community’s inaction has facilitated Israel’s prolonged and belligerent occupation of the Palestinian Territory, including its colonial policies in Jerusalem.

Palestinian civil society has repeatedly warned against Israel’s relentless targeting of Jerusalem, including through annexation, and altering the legal status of Jerusalem through Israel’s domestic laws, legislation, amongst other policies and practices. The legislation passed on 7 March 2018 poses grave ramifications, and further threatens the presence of Palestinians in Jerusalem. Moreover, such legislation requires the occupied population to pledge allegiance to a belligerent occupier – seeking to suppress and eradicate any Palestinian resistance to Israel’s colonisation and occupation in the pursuit of the right to self-determination, enshrined under international law. We therefore urge and call on the international community:

To condemn and explicitly deem unlawful the legislation passed on 7 March 2018 to revoke the permanent residency status of Palestinians from Jerusalem for ‘breach of allegiance’ to the Occupying Power;

Take immediate and concrete measures, as part of their obligations under international law, to pressure Israel to suspend and repeal the legislation in question which seeks to forcible transfer Palestinian residents of Jerusalem; and,

Reaffirm the illegality of Israel’s unilateral measures in Jerusalem altering the legal status and demographic composition of the city, including through residency revocation.

The bill and law can be found on the following link (Hebrew): http://main.knesset.gov.il/Activity/Legislation/Laws/Pages/LawBill.aspx?t=lawsuggestionssearch&lawitemid=2066200

2 Refer to infographic available at: http://www.alhaq.org//cached_uploads/download/alhaq_files/publications/papers/VP-ResidencyRevocation-FINAL-20170612.pdf

3 This is based on the unofficial translation of the proposed Amendment No. 30 to the Entry into Israel Law 2018 in its second and third readings at the Israeli Parliament.