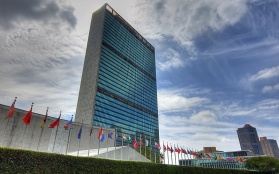 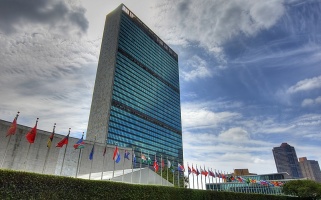 On 22 June 2018, Al-Haq delivered a statement at the 38th Regular Session of the United Nations Human Rights Council during the annual full-day discussion on the human rights of women. Al-Haq presented at the second panel, which discussed the topic of advancing women’s rights in the economic sphere through access and participation in information and communication technologies. Al-Haq’s statement highlighted the human rights abuses and systematic cyber violence that Palestinian women human rights defenders are subjected to as a result of their role in challenging Israel’s unlawful occupation. The oral intervention examined the case of Ms. Nada Kiswanson, who was subjected to online violence that threatened her life and security as a result of her work with the International Criminal Court. The statement also affirmed that such systematic violence is directly linked to Israel’s shrinking of civil society space and recurring efforts to  prevent Palestinians from seeking accountability for Israel’s human rights violations. The statement was delivered by the Cairo Institute for Human Rights Studies on behalf of Al-Haq:

Women human rights defenders in the Occupied Palestinian Territory are regularly subjected to various forms of violence, including online violence, intimidation, and harassment, often tied to their role in challenging Israel’s 51-year occupation and pursuing accountability for Israel’s widespread and systematic violations of international law.

One example is the case of Nada Kiswanson, Al-Haq’s legal advocacy officer working in the Hague. Nada has been intensively subjected to waves of online violence that have threatened her life and security as a result of her involvement in seeking accountability at the International Criminal Court. As a result of her work, Nada’s right to privacy has been violated by continuous attempts to interfere with her communications, including her email accounts.

In 2016, the Observatory for the Protection of Human Rights Defenders confirmed receiving evidence to the systematic attacks against Nada, describing them as “well-organized and serious attacks, including death threats… intimidation, harassment and defamation”. Nada and her family have received frequent phone calls, emails, and messages that explicitly threaten her life and security, including threats to “eliminate” Nada if she does not stop working.

Al-Haq calls for the protection of Palestinian human rights defenders and stresses that such recurring forms of online violence against them are closely linked to Israel’s shrinking of civil society space and systematic efforts to prevent Palestinians from seeking accountability for violations, including international crimes, committed in the Occupied Palestinian Territory.