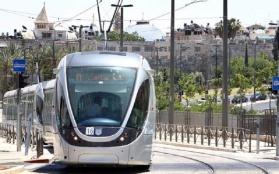 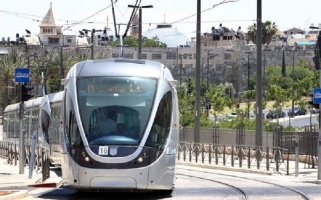 On June 13, our 8 organizations published a report entitled "The Jerusalem Light-Rail System and How French Companies Contribute to the Settlement of Occupied Palestinian Territory". This report denounced the participation of three French companies – Egis and Systra, subsidiaries of public establishments (SNCF and RATP, Caisse des Dépôts et Consignations) and Alstom – in the construction of the Jerusalem light-rail, a tool of Israel’s settlement policy and of its annexation of Jerusalem, in complete violation of international law.

Even prior to the publication of this report, the trade unions involved in the campaign,CGT, CFDT and Solidaires, addressed questions to the boards of several of these companies and their parent companies, notably to the European Works Council and the supervisory board of SNCF, to denounce the involvement of Systra, and to the Central Works Council of Alstom to denounce the involvement of Alstom.

Our request for disengagement by the three French companies just received its first response last Wednesday, June 20, from SNCF’s management at the European Works Council meeting, wherein Mr. Pepy stated that "Systra is withdrawing from the red and purple line of the Jerusalem light-rail".

While this statement lacks further specifics (Systra is currently committed to the construction of the blue line), its meaning is as clear to us as it was to the representatives of the trade union organizations present at the European Works Council: Systra is withdrawing from the Jerusalem light-rail.

We salute this announcement as a first victory on a just path.

It is a path that we expect the other two companies involved – Egis, of whose capital share Caisse des Depots and Consignations owns 75%, and Alstom – to follow as soon as possible.

Download our report: "The Jerusalem Light-Rail System and How French Companies Contribute to the Settlement of Occupied Palestinian Territory"