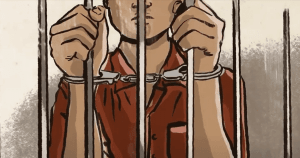 On 19 September 2022, Al-Haq delivered a joint oral intervention under the interactive dialogue with the Working Group on Arbitrary Detention, as part of its engagement with the United Nations (UN) Human Rights Council 51st session.[1] The joint intervention highlighted Israel’s mass arbitrary detention policy targeted against all Palestinians with the aim to silence and dominate them. Specifically, the intervention underpinned the arbitrary detention and unfair trail of Mohammad Al-Halabi, a human rights defender, who was detained, reportedly subjected to torture, and convicted based on secret ‘evidence’ and forced ‘confession’, which was obtained under duress. Furthermore, the statement addressed Israel’s systematic utilisation of arbitrary administrative detention, which is noticing an unprecedented increase. The statement further underlined Palestinian detainees’ forced employment of hunger strikes in protest of such unlawful policy, especially in light of the international community’s failure to address the policy. Finally, the joint statemented called upon the Working Group for its timely intervention in cases of arbitrary detention, especially hunger strikers, and on UN Member States to take concrete measures to pressure Israel to end its policy of arbitrary detention, including its administrative detention policy.

We thank the Working Group for its efforts in addressing Israel’s arbitrary detention of Palestinians through the communications and letters of allegation sent to Israel, despite the occupying Power’s lack of cooperation.

Less than three weeks ago, following 160 court hearings throughout six years, the trials of Mohammad Al-Halabi, the former Gaza Manager of Operations of World Vision International, ended with a verdict of 12 years of imprisonment. Al-Halabi, a human rights defender, was detained, reportedly subjected to torture, denied his right to fair trial, and convicted on secret evidence and forced ‘confession’, which was obtained under duress. Al-Halabi, who pled not guilty to all charges made against him, was detained for allegedly funneling $50 million to Hamas. Notably, Israel’s allegations of the amount of money allegedly funnelled to Hamas via Al-Halabi exceeds World Vision’s cumulative operating budget in Gaza, which was approximately $22.5 million for the past ten years. Furthermore, World Vision’s investigation, including an external audit, found no evidence of criminal wrongdoing by Al-Halabi or of his membership in Hamas.

With an alarming and unprecedented increase, 743 Palestinians are currently held indefinitely in arbitrary administrative detention, without charge or trial on grounds of “secret information,” which Israel refuses to disclose.

In protest of this Israeli systematic and arbitrary policy, Palestinian prisoners and detainees started a collective boycott of Israeli military courts in January 2022, which was suspended in the beginning of July 2022, while they also continue to take on individual and collective hunger strikes. Palestinian prisoner Khalil Awawdeh could have died at any moment before ending his 172-day hunger strike.

We assert that Palestinian detainees should not have to sacrifice their bodies to live in freedom and dignity.

With a system that criminalises every aspect of Palestinian life, every Palestinian risks being arbitrarily detained.