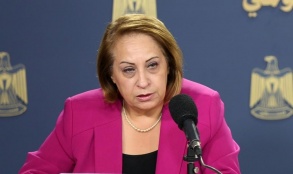 On 12 August 2021, the Palestinian Human Rights Organizations Council (PHROC) and the Palestinian NGO Network submitted an urgent appeal to the United Nations Special Procedures on the arbitrary detention and harassment of Ms. Shatha Odeh.[1]

Ms. Shatha Odeh, 60, serves as the Director of the Health Work Committees (HWC), a leading Palestinian non-governmental organization that promotes health services for hundreds of thousands of Palestinians, and the chairwoman of PNGO, a coalition of 142 Palestinian civil society organizations. On 7 July 2021, Israeli Occupation Forces (IOF) stormed her house, deploying gas grenades and forcibly arresting her despite the lack of an arrest warrant or a confiscation order.

The nature of the charges brought against Ms. Odeh primarily revolves around her leadership role in the HWC, deemed “unlawful” by Israeli military orders. The arbitrary charges levied against her reflect an increasing brazenness by Israeli occupying authorities in clamping down on and criminalizing Palestinian human rights defenders and civil society organizations that challenge Israel’s entrenched regime of settler-colonialism and apartheid and work towards achieving international justice and accountability for Israel’s human rights violations, war crimes and crimes against humanity.

Moreover, despite that Ms. Odeh’s health is extremely compromised, wherein she suffers from numerous chronic illnesses and is prescribed various medications,[2] she was subjected to ill-treatment and medical negligence. IPS denied Ms. Odeh’s request to access one of her critical medications up until 15 July 2021, after her lawyer presented documentation proving the necessity of this medication. The IPS systematic medical negligence violated Ms. Odeh’s right to health and well-being as enumerated in Article 25 of the Universal Declaration of Human Rights (UDHR) and Article 12 of the International Covenant on Economic, Social and Cultural Rights (ICESCR).

The arbitrary detention of Ms. Odeh serves as one of the latest escalation of attacks by IOF against Ms. Odeh herself, the Health Work Committee (HWC), and more broadly, Palestinian civil society and human rights defenders. Israel’s crackdown on Palestinian civil society and human rights organizations continues to intensify,[3] as evidenced by the recent raid on the headquarters of the Union of Agricultural Work Committees (UAWC) and the delivery of a military order forcing the office to close for six months, the most recent military raid on Defense for Children International-Palestine’s headquarters,[4] and the concurrent raid on the headquarters of the Bisan Center for Research and Development.[5]

In light of the above, PHROC and PNGO urges the relevant UN Special Procedure mandates to call on Israel, the Occupying Power, to:

[2] See annexed medical certificate dated 7 July 2021, noting the need for continuous observation, medication, and monitoring due to her chronic illnesses and older age.