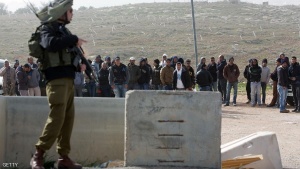 On 8 February 2021, the Cairo Institute for Human Rights Studies (CIHRS), together with Al-Haq, Al Mezan, the Palestinian Center for Human Rights (PCHR), 11.11.11, and CNCD.11.11.11, sent a joint letter to EU Member States ahead of the upcoming 46th Human Rights Council (HRC) session, urging states to support the HRC resolutions on Palestine—particularly on accountability and Israel's illegal settlement enterprise.

The organisations stressed that EU support for these resolutions would be consistent with its commitment to the international legal framework and a human rights-based approach to the question of Palestine. Support for accountability and justice in the oPt through the HRC resolutions would be in line with the EU’s firm position on accountability more broadly, while supporting the settlement resolution would bear out the EU’s principled and long-standing public position on the illegality of Israeli settlements in the oPt. EU Member States must act to promote and protect human rights in occupied Palestine, in line with their responsibility as member states elected to the HRC.

Ahead of the 46th UN Human Rights Council (HRC) session, the undersigned organisations urge you, as a UN and EU Member State, to support resolutions aimed at addressing the dire and worsening situation of the Palestinian people, especially those living in the occupied Palestinian territory (OPT). The resolutions cover accountability, human rights, Israeli settlements, and the right to self-determination. There is an urgent need for accountability and justiceamid Israel’s widespread and systematic violations, some amounting to war crimes and crimes against humanity, which are emboldened by the unconditional impunity afforded to Israel by the international community.

Even during a global pandemic, Israel’s grave violations of Palestinians’ human rights persist, including the excessive use of force, the extrajudicial killing of Palestinians, and the continued illegal closure of the Gaza Strip. Israel has escalated its illegal demolition of Palestinian homes and properties, hitting a four-year high,[i] with the aim to continue altering the demographic reality on the ground and expanding its settler colonial enterprise.[ii]

Over the past decades, the UN has adopted numerous resolutions and established ten mechanisms to investigate and address a wide range of Israeli violations in the OPT.[iii] According to the Office of the High Commissioner for Human Rights (OHCHR), out of 551 recommendations issued since 2009 by relevant Human Rights Council mechanisms; Israel fully implemented only 0.4%.[iv]

Most recently, the 2018 UN Commission of Inquiry (CoI) on protests in the OPT[v] urged Israel, the OHCHR and UN Member States to ensure accountability and reparations for violations. The COI also urged Israel to immediately lift the illegal closure and blockade of the Gaza Strip, which amounts to collective punishment. As a follow up, HRC resolution 40/13 (2019), adopted despite minimal EU support,[vi] called upon all States to promote compliance with international law, to respect and ensure respect for international humanitarian law in the OPT, and to fulfil their obligations with regard to penal sanctions and grave breaches.

Unfortunately, Member States have failed to implement resolution 40/13 (2019) and the recommendations of the CoI, including the duty to exercise criminal jurisdiction and to impose sanctions and travel bans against perpetrators. Today, Gaza remains completely isolated under a brutal air, land and sea blockade and closure imposed by Israel for almost 14 years. The blockade has denied the basic rights and freedoms of the two million Palestinians in Gaza, with devastating effects on all aspects of life. The consequences are dire and dehumanizing.

Meanwhile, Israel continues to exponentially expand its illegal settlement enterprise in tandem with escalating its demolition of Palestinian homes and properties, serving to further entrench its de facto annexation of the West Bank. Once again, the international community’s inaction and continued failure to hold Israel accountable, including for the illegal annexations of East Jerusalem and the Syrian Golan, has enabled its settler-colonial project to proceed unabated.

While various UN Security Council, General Assembly and Human Rights Council resolutions have reaffirmed the illegality of settlements and non-recognition of Israel’s annexation of occupied territories, the international community have taken no measures to compel Israel to end its unlawful actions.

In 2014, 46 out of 47 UN Member States voted in favour of the settlement resolution 25/28 (2014) at the HRC.[vii]However, EU support for the settlement resolution has dwindled since. The 25/28 (2014) resolution urged all states to ensure no actions are taken that assist the expansion of settlements, to implement the UN Guiding Principles on Business and Human Rights in relation to the OPT, and to provide information to individuals and businesses on the human rights impacts and legal repercussions of conducting economic activities with the settlement enterprise. However, the release of the 2020 UN database of businesses involved in Israel’s settlement enterprise exposed the continued complicity of Israeli, multinational and European corporations in contributing to settlements and operating therein.

A sustainable solution to the question of Palestine must be based on principles of international law, accountability, and justice. It is thus imperative for the international community, including the EU and its Member States, to support efforts ensuring accountability in Palestine without further delay. One way this can be achieved is by voting in favour of relevant resolutions on accountability and Israeli settlements in the upcoming HRC session, while encouraging fellow Member States to do the same. At a minimum, States, including from the EU, should refrain from obstructing any resolution seeking to address impunity and illegal settlements in the OPT through a framework consistent with international law.

Consistent with the EU’s reiterated commitment to the international legal framework and a human rights-based approach in the OPT, a European resumption of support for the settlement resolution is a tangible action that can be taken in alignment with the EU’s statements and long-standing position affirming the illegality of Israeli settlements. Supporting and protecting the mandate of the OHCHR in annually updating the UN database of businesses involved in illegal settlements is also critical.

At the same time, a vote for accountability at the HRC would complement the EU’s firm position in support of accountability and would serve as an essential first step towards addressing Israel’s systemic impunity. To guarantee non-repetition of international crimes and grave violations in the OPT, UN and EU Member States should adopt effective measures that ensure perpetrators are held accountable.

Thank you for your consideration.

[i] See for example B’Tselem, “In pandemic, of all times: Number of Palestinians Israel has left homeless hits four-year record,” 4 November 2020, available at:https://www.btselem.org/press_releases/20201104_number_of_palestinians_israel_left_homeless_hits_four_year_record_in_pandemic.

[ii] Between March 2020 and January 2021, Israel demolished 470 structures, including 211 residential structures, 166 of which were inhabited, resulting in the displacement of 811 Palestinians, including 382 children. See Al Haq et al., “Joint Urgent Appeal to the United Nations Special Procedures on Israel’s Continued Demolitions Amidst a Global Pandemic,” 25 January 2021, available at: https://www.alhaq.org/cached_uploads/download/2021/01/25/210125-joint-urgent-appeal-on-israels-continued-demolitions-amidst-a-global-pandemic-25-01-2021-1611570818.pdf.

[iii] This is largely given Israel’s deliberate failure to afford Palestinians remedy through its judicial mechanisms. Seehttps://www.ohchr.org/EN/HRBodies/HRC/RegularSessions/Session40/Documents/A_HRC_40_74_CRP2.pdf.

[iv] Report of the UN High Commissioner for Human Rights on Ensuring accountability and justice for all violations of international law in the Occupied Palestinian Territory, including East Jerusalem: comprehensive review on the status of recommendations addressed to all parties since 2009, June 2017, available at: https://undocs.org/en/A/HRC/35/19

[v] The CoI was established in the context of the Great Return March protests during which Israel killed at least 214 Palestinians, including 46 children, and injured over 36,000. See https://www.un.org/unispal/document/two-years-on-people-injured-and-traumatized-during-the-great-march-of-return-are-still-struggling/

[vi] Spain was the only EU State that voted in favour, with Italy, the UK (then) and Iceland abstaining, and Austria, Czechia, Hungary and Bulgaria voting against.

[vii] From the EU Austria, Czechia, Estonia, France, Germany, Ireland, Italy and the United Kingdom (then) voted in favour. The United States voted against.