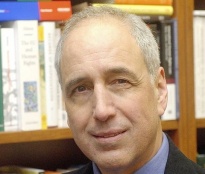 Between 10 November and 1 December 2020, Al-Quds University, the University of Gottingen and the Max Planck Institute for Comparative and International Law hosted a conference “International Law in Translation: Perspectives on and from Palestine”, presenting a series of online panels that focussed on "translation" or the “harmonization of international legal standards by the authorities involved in Palestine”.

On 17 November 2020, Prof. Dr. iur. Rainer Grote, LL.M. (Edinburgh) presented on the “Occupation and Annexation: Palestine in 2020” panel on behalf of the Max Planck Institute for Comparative Public Law and International Law, Heidelberg advancing a critical legal analysis of “International Human Rights Law and International Humanitarian Law in Occupied Territories: Conflict or Complementarity?”  The presentation outlined the main building blocks of international humanitarian law (IHL) and human rights law (IHRL), including a detailed examination of non derogable rights, while explaining that the development of international law has “run ahead” of the creation of effective enforcement mechanisms. He noted that “the fact that the occupation in the OPT has lasted for many years does not have a direct impact on the application of either IHRL or IHL rules”. However Professor Grote suggested in the case of a prolonged occupation, the position argued by some, that IHRL may prevail over IHL providing for the complementary or parallel applicability rule of IHRL and IHL, would in fact lead to the “hardly convincing result of allowing the occupier to exploit the local population for long periods of time or even indefinitely”.

Dr. Susan Power, Head of Legal Research and Advocacy (Al-Haq), presented a paper titled “Current developments from the perspective of international law, Corporate responsibility in human rights violations”, which examined Israeli and international businesses key role in sustaining the settlement enterprise. Highlighting Israel’s practice of granting exclusive licenses to Israeli and international corporations for the commercial exploitation of lucrative natural resources in the occupied Palestinian territory. The presentation referred to the settlement activities of German Company Heidleberg Cement, and its exploitation of the Nahal Raba quarry, and depletion of resources and raw materials therein. Further, in 2019, the Israeli Custodian for Government and Abandoned Property in the West Bank issued a military order declaring 98.33 dunums of land in Rafat village be transferred to Hanson Israel the subsidiary of Heidleberg Cement to allow it to expand the Nahal Raba quarry, acts which amount to appropriation and pillage, war crimes under the Rome Statute of the International Criminal Court (ICC).

UN Special Rapporteur Michael Lynk presented on “Remedies against annexation in international law? What can Palestinians (legally) do (if anything)”, examining accountability measures in light of Israel’s impunity in addition to legal actions at the International Court of Justice. Despite UN Security Council Resolutions providing that Israel’s de jure annexations of occupied Palestinian territory in Jerusalem, and the occupied Syrian Golan, have no legal validity, no effective measures have been taken by the international community either against the annexations, or in response to settlement expansion. He warned that, “international law should not be an umbrella that folds up at the first hint of rain”. Despite the numerous UN resolutions since 1967, there has been a paucity in actual protection of the civilian population. According to Michael Lynk, “Israel undeterred is continuing to devour the occupied Palestinian territory, expanding the settlement enterprise and preparing for a future de jure claim”. Comparatively, considerable sanctions were levied on Russia following its annexation of Crimea, including the downgrading of diplomatic of relations, travel restrictions of targeted individuals, and an array of economic sanctions. Accordingly UN Special Rapporteur Michael Lynk made the following recommendations: