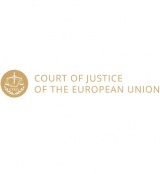 Al-Haq wishes to highlight and endorse the publication of Advocate General Hogan’s opinion for the Court of Justice of the European Union (CJEU) on 13June 2019, in relation to the notice issued by the French Minister for the Economy and Finance concerning the indication of origin of goods from the Occupied Palestinian Territory (OPT). In the Opinion, Advocate General Hogan made clear, that since under international law Israeli settlements are illegal and are not recognised by the international community as being part of Israel proper, it is necessary to explicitly label goods coming from these areas as originating from settlements.

Psagot Winery, markets itself as a “Jerusalem Market Vineyards”, although located nowhere near Jerusalem, but rather inside the illegal West Bank settlement of Psagot, is supported and financed by the wealthy Jewish American Falic family, from Florida. In 1981, Israel transferred its civilian population from Karem Dbouna and Beit Vegan in West Jerusalem to appropriated Palestinian land in Jabal Al Tawil, located within the 1967 boundaries of the Palestinian city of Al-Bireh, in violation of international law. Notably, the illegal settlement Psagot, is located on these unlawfully appropriated Palestinian lands on the outskirts of Ramallah, deep inside the occupied West Bank. Additionally the illegal winery is advertised as a national tourist attraction, by an official Israeli Guide to Jerusalem Winter 2018-2019, published by the Jerusalem Development Authority, Jerusalem Municipality, and Jerusalem and Heritage Authority.

Advocate General Hogan’s Opinion was sought after the Organisation Juive Européenne and Psagot, tried to have the disputed notice, which had been issued by the French Minister for the Economy and Finance revoked before the Conseil d’État (Council of State in France). The Organisation Juive Européenne and Psagot Winery argued that the labelling of products from settlements in the OPT as originating in the settlements rather than as ‘Made in Israel’, as they would prefer, was discriminatory. It was unclear to the Council whether or not EU law requires products originating from settlements in the OPT to be labelled as such, and whether or not EU Member States can, under Regulation (EU) No 1169/2011, require the aforementioned products to carry such labels. As a result, the case was referred to the Court of Justice of the European Union (CJEU).

When examining the case, Advocate General Hogan considered whether Israeli settlements in the OPT could either be labelled a ‘country of origin’ or a ‘place of provenance’, as well as whether mislabelling settlement products could be considered as misleading consumers and might therefore have an impact on their consumption by distorting their social and ethical considerations.

In relation to the first question, the Advocate General determined that the term ‘country of origin’ did not apply in this case but that ‘place of provenance’ could be interpreted more broadly than purely as a geographical reference and therefore applied to settlements in the OPT. This means that under Regulation No 1169/2011 (articles 9 and 26), products originating from Israeli settlements in the OPT, need to be labelled as such, in order to not mislead consumers. In this case, labelling would need to be done in a ‘correct, neutral and objective’ way, which excludes the possibility of being labelled as ‘Made in Israel’. When deliberating the possibility of consumers being misled by labelling, Advocate General Hogan cited Advocate General Mischo’s opinion in Gut Springenheide and Tusky that ‘if the information omitted would be likely to shed a [clearly] different light on the information provided, the conclusion must be that the consumer has been misled’.

“In my view, the reference to ‘ethical considerations’ in the context of country of origin labelling is plainly a reference to those wider ethical considerations which may inform the thinking of certain consumers prior to purchase. Just as many European consumers objected to the purchase of South African goods in the pre-1994 apartheid era, present day consumers may object on similar grounds to the purchase of goods from a particular country because, for example, it is not a democracy or because it pursues particular political or social policies which that consumer happens to find objectionable or even repugnant. In the context of the Israeli policies vis-à-vis the Occupied Territories and the settlements, there may be some consumers who object to the purchase of products emanating from the territories, precisely because of the fact that the occupation and the settlements clearly amount to a violation of international law. It is not, of course, the task of this Court to approve or to disapprove of such a choice on the part of the consumer: it is rather sufficient to say that a violation of international law constitutes the kind of ethical consideration which the Union legislature acknowledged as legitimate in the context of requiring country of origin information.”

Al-Haq welcomes the definitive statement on labelling, which although not binding will likely be of significant influence when it comes to the ruling. Al-Haq further notes that the doctrine of ethical considerations is a fundamental part of trade law, although mention of the concepts of non-recognition and non-assistance in the Opinion, were notably absent. These are arguably important components of international trade, since trading with settlement goods at all is a breach of Article 41 of the ILC Articles on Responsibility of States for Internationally Wrongful Acts. The latter governing States’ obligations not to render aid or assistance in maintaining an unlawful situation, such as for example, facilitating trade with illegal Israeli settlements.

Laudably, Advocate General Hogan emphasised the EU’s ‘positions and commitments in conformity with international law on the non-recognition by the Union of Israel’s sovereignty over the territories occupied by Israel since June 1967’. The Advocate General highlighted the fact that Israeli settlements constitute inter alia an example of forcible transfer and therefore represent a breach of Article 49 of the Fourth Geneva Convention. He also made clear that his analysis was in line with UNSCR 2334, which places an expectation on States, as well as the EU, to distinguish between the State of Israel and OPT in their respective dealings.