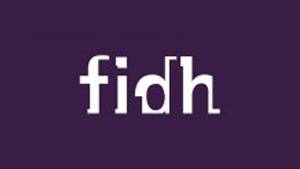 FIDH formally recognized and reaffirmed, at its international board meeting in March 2016, the right of individuals to peacefully participate in and call for boycott, divestment, and sanction (BDS) measures to protest against the Israeli government occupation and discrimination policies. FIDH urges States to respect and uphold related rights of freedom of expression, opinion, association, and assembly.

In 2005, Palestinian civil society called on individuals and civil society organizations to apply BDS measures until Israel met its international law obligations. Given the lack of political will to hold Israel accountable, Palestinian activists turned to and were inspired by BDS actions taken in relation to end apartheid in South Africa in order to effect change. Accordingly, the movement was and continues to be a political response to political inaction.

Freedom of Expression and Opinion

As the BDS movement grows in impact, it is increasingly attacked and framed as promoting discrimination or anti-Semitism in an effort to discredit the movement. The attacks against this movement keep escalating [1].

In response to such challenges to the legitimacy of the movement, the UN Special Rapporteur on Freedom of Opinion and Expression when he visited Israel, analysed and recognised the boycotts as “peaceful, legitimate and internationally accepted” actions, that are protected under freedom of expression. As such, manifestations of opinion that criticise the government of Israel for its wrong doing do not fall within the limited exceptions to freedom of expression under Article 19 of the International Covenant on Civil and Political Rights[2]. Such international acceptance of boycotts is demonstrated by, and based on, the use of boycotts throughout history to register political opposition or prompt political change[3].

The International Board is of the opinion that the BDS movement targets the Israeli government’s longstanding policies of unlawful occupation and discrimination of Palestinians, including through aiding and abetting the occupation. Thus, individuals should have the right to peacefully participate in and call for BDS measures to protest against such policies. These rights are as equally legitimate, lawful and valid as these historical examples of boycotts, and cautions against efforts or initiatives to curtail the rights of freedom of expression, opinion, association, and assembly, including through the criminalization of exercising such rights, on discriminatory grounds including political or other opinion.

It is understood that the rationale of BDS is to oppose Israel’s military occupation and its policies in the Occupied Palestinian territories. Based on this, we express our support for the right to call for or participate in BDS activities that are in line with our stance against racism and discrimination in all forms, including on the basis of race, colour, national or social origin, language, religion, political opinion, sex, gender identity, sexual orientation, or disability.

Adopting economic sanctions is also in line with the spirit and objective of the UN Charter and has been applied in numerous situations, including by the UN Security Council. Such practice is acceptable under human rights law provided that the sanctions apply “political and economic pressure upon the governing élite of the country to persuade them to conform to international law” and be vigilant to -and where necessary mitigate- the potential “collateral infliction of suffering upon the most vulnerable groups within the targeted country,” as recognised by the UN Committee on Economic, Social and Cultural Rights[4].

The International Board highlights historical support by the UN and the international community for BDS measures in relation to other contexts, and is gravely concerned by the increase in domestic legislation which seeks to criminalize and silence BDS activists. Universal human rights, such as freedom of expression, must be impartially upheld; one-sided enforcement of international law standards will only perpetuate the status quo both in Israel and Palestine, and in other areas of conflict.

The International Board of FIDH emphasizes that individuals calling for Israel to respect international law, using peaceful means to do so while respecting others’ rights, are human rights defenders. As such, they must be protected. Threats against them are symptomatic of the shrinking space for civil society globally. As part of FIDH’s work through the Observatory for the Protection of Human Rights Defenders, we emphasize that activists accordingly calling for BDS must be protected from abusive repressive laws and other state practices.

As similar legislation is proposed or passed worldwide, international human rights NGOs must continue to highlight discrepancies in States’ policy towards the Israeli discrimination and occupation of Palestinian territory, unequivocally uphold the right of individuals, civil society organizations, and businesses to peacefully support or participate in BDS, and demand enforcement of the legal obligation of States, businesses and other organs of the society to refrain from supporting the occupation of the Occupied Palestinian Territories -and instead oppose the discrimination and occupation.

For more information, read statements on this issue by our member organisations in Israel:

[1]This is highlighted by the recent anti-BDS conference where the Intelligence Minister Yisrael Katz stated that Israel should engage in “targeted civil eliminations” of BDS http://972mag.com/in-israel-bds-is-winning/118198/

[2] Statement by the UN Special Rapporteur on the promotion and protection of the right to freedom of opinion and expression at the conclusion of his visit to Israel and the occupied Palestinian territory, 18 December 2011, available at https://unispal.un.org/DPA/DPR/unispal.nsf/0/67C53F54894114298525796C0056DED2#sthash.lngaSXF5.dpuf

[3] E.g. from the anti-colonialist Swadeshi movement to the U.S. Civil Rights Movement to actions against apartheid South Africa

[5] That decision was confirmed by the Supreme Court, which rendered a decision on the Law iin April 2015, which failed to defend freedom of expression