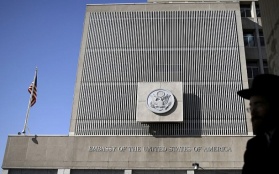 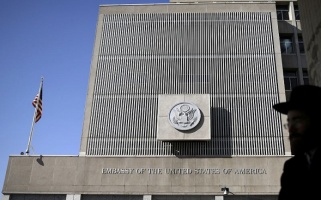 The United States (U.S.) has historically adopted a policy of support for Israel and its occupation. This policy was further consolidated in the announcement made on 6 December 2017 by the U.S. President to relocate the U.S. Embassy to Jerusalem, and to officially recognize Jerusalem as the capital of Israel – in stark violation of international law.

In response to the U.S. declaration, the United Nations (UN) General Assembly adopted “Status of Jerusalem” resolution, with 128 countries voting in favour and nine against, declaring any action to alter the character of Jerusalem null and void. The resolution “affirms that any decisions and actions which purport to have altered the character, status or demographic composition of the Holy City of Jerusalem have no legal effect, are null and void and must be rescinded in compliance with relevant resolutions of the Security Council,” and calls on “states to refrain from the establishment of diplomatic missions in the Holy City of Jerusalem, pursuant to Council resolution 478 (1980).”[1] Despite international condemnation of the U.S. recognition of Jerusalem as the capital of Israel, the U.S. government has moved forward with its plans to relocate its embassy to Jerusalem on 14 May 2018, a move further entrenching Israel’s unlawful annexation of Jerusalem.

Israel occupied the west of Jerusalem in 1948, in violation of UN General Assembly Resolution 181 (29 November 1947) after which more than 80,000 Palestinians were forcibly transferred. In 1967, Israel occupied and illegally annexed the east of Jerusalem through the issuance of a government decree, which extended the applicability of Israeli law to 70 square kilometres of the occupied territory, constituting the new Jerusalem municipality. Critically, Article 2(4) of UN Charter[2] prohibits any annexation of territory. In addition, UN Security Council resolution 252 (1968) declared “all legislative and administrative measures and actions taken by Israel, including expropriation of land and properties thereon, which tend to change the legal status of Jerusalem are invalid and cannot change that status.” Since then, the applicability of the Fourth Geneva Convention in the OPT, including East Jerusalem, has been reiterated in numerous UN Security Council and General Assembly resolutions. For example, UN Security Council resolution 446 (1979) calls on Israel, as the Occupying Power, to “desist from taking any actionwhich would result in changing the legal status and geographical nature and materially affecting the demographic composition [...]” of the OPT, including East Jerusalem. As such, the recognition of Israel’s unlawful annexation of Jerusalem, exemplified by the planned move of the U.S. Embassy to Jerusalem, directly undermines customary international law, and the fundamental right to self-determination of the occupied Palestinian population.

By recognizing Jerusalem as Israel’s capital, the U.S. is deliberately denying the existing situation of occupation and the applicability of international humanitarian and human rights law. In addition, by relocating its embassy to Jerusalem, the U.S. endorses and unlawfully legitimises Israel's policies and measures that seek to undermine Palestinians’ fundamental human rights which amount to grave breaches of international law and internationally recognised crimes. The move further perpetuates the longstanding impunity granted to Israel in the face of its continuous and systematic violations of international law, including by endorsing the illegal annexation of Jerusalem. In addition, as the U.S. plans to move its embassy on 14 May 2018, it is feared that more states will be encouraged to follow suit. Paraguay and Guatemala have already expressed their intention to relocate their embassies to Jerusalem, further disregarding the rule of law in the OPT. The U.S. declaration and relocation is a direct infringement of U.S. international obligations under numerous binding UN Security Council Resolutions. The U.S. must retract its recognition of Jerusalem as Israel’s capital, which violates international law. As a third party state, the U.S. is in breach of its obligations to take concrete measures to end its support and assistance to Israel’s prolonged occupation of the OPT. Meanwhile, the Palestinian Authority must immediately cease cooperating with the U.S. as an arbiter for peace.

In light of the above, the undersigned organisations call upon international bodies and community to ensure the protection and implementation of international law and human rights standards in the OPT. The international community must continue to condemn, in the strongest way possible, the U.S. declaration and the move of the embassy. The undersigned organisations call on states to condemn and resist any attempts by other states to move their embassies to Jerusalem. States must refrain from attending the opening ceremony, from cooperating or dealing with the U.S. Embassy in Jerusalem, and commit to their position on Jerusalem as a final status issue. Third States must comply with their obligations as High Contracting Parties to the Fourth Geneva Convention to ensure the protection of the occupied Palestinian population, and intervene concretely to stop Israel’s annexationist measures in Jerusalem. Lastly, states must take immediate and practical measures, including by halting their aid and support to Israel, and imposing sanctions until Israel ends its annexation and unlawful prolonged occupation of the Palestinian territory, ceases all breaches of international law, and ensures justice and accountability.

[2] Article 2(4) of the UN Charter: “All Members shall refrain in their international relations from the threat or use of force against the territorial integrity or political independence of any state, or in any other manner inconsistent with the Purposes of the United Nations.” Notably Article 47 of the Fourth Geneva Convention protects the occupied population against  “any annexation by the [Occupying Power] of the whole or part of the occupied territory”.

“Status of Jerusalem”
Related Subjects
Over 280 ESCR-Net Members Call for Stronger Treaty to Regulate Corporate Activities
Al-Haq’s Engagement with the UN Committee on Economic, Social and Cultural Rights for Israel’s Fourth Periodic Review
Al-Haq Welcomes Launch of World Health Organization Report on the Right to Health in the Occupied Palestinian Territory
This site is using cookies. By clicking accept, you agree to the storing of cookies on your device to enhance your site experience, by storing your options for the accessibility tool