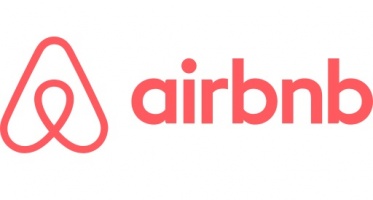 On 9 April 2019, Airbnb announced that it would reverse its decision to remove listings from Israeli settlements in the occupied West Bank. The decision was stated to be part of “settlement terms” in a case brought by Israeli settlers against Airbnb in the United States. Ironically, Airbnb stated that it would donate the profits received from the unlawful settlement activity to “humanitarian aid that serve people in different parts of the world.”[1]

Al-Haq had previously welcomed Airbnb’s decision in November 2018 to delist Israeli settlement properties in the West Bank. In its statement then, Al-Haq urged Airbnb to include occupied East Jerusalem and the occupied Syrian Golan in its policy of excluding unlawful Israeli settlements from its property listings. Nonetheless, Airbnb’s recent reversal highlights that the company’s decision-making is not based on a rigorous human rights due diligence process, and that the company does not understand the context of occupation and colonisation that it operates in and the adverse human rights impacts related to its activities and services therein.

Al-Haq once again calls on Airbnb to respect and fulfil its responsibilities under international law, namely international human rights and humanitarian law, which provide for responsibilities for business enterprises in their operations and relationships within this context. Airbnb has a responsibility to refrain from causing or contributing to adverse human rights impacts and grave breaches in its activities, operations and services as well as to address the impacts of its activities. It must be noted that Airbnb’s proposal to donate profits does not absolve it from its responsibility not to support and contribute to internationally recognised crimes in the Occupied Palestinian Territory (OPT).

Al-Haq further calls on humanitarian aid organisations that may receive donations from Airbnb to consider the source of the donation. Humanitarian aid organisations must question whether Airbnb’s relationship with Israel’s settlement enterprise and its related policies of land and resource confiscation, displacement, forcible transfer, and institutionalised discrimination against the occupied Palestinian population, align with their own organization’s standards, vision and commitments.

Al-Haq reminds that Israeli settlements are illegal and constitute grave breaches of international law, namely Article 49 of the Fourth Geneva Convention which prohibits the transfer of the Occupying Power’s civilian population into occupied territory, amounting to a war crime in accordance with Article 8(2)(b)(viii) of the Rome Statute of the International Criminal Court. By continuing to list properties in illegal Israeli settlements, Airbnb is providing a platform and services that directly contribute to the economic sustainability and growth of Israeli settlements, thereby encouraging their existence and expansion.

In light of Airbnb’s reversal, the absence of accountability, Israel’s unrelenting expansion of its settlement enterprise, and the persistent politicisation for the respect and fulfilment of human rights in the OPT, by both State and non-State actors, including business enterprises, Al-Haq once again urges the United Nations (UN) High Commissioner for Human Rights to release the UN Database of businesses engaged in activities with Israeli settlements.