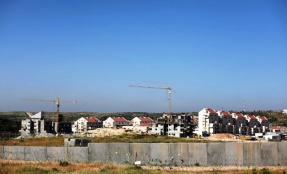 The Basel Convention on the Control of Transboundary Movements of Hazardous Wastes and their Disposal was developed over fifteen years ago to restrict the cross-border trade and dumping of a range of toxic chemical wastes identified as ‘hazardous’ as well as household waste and incinerator ash. Signatory states are expected to undertake “environmentally sound waste management” and to prohibit the cross-border trade of toxic chemicals to States where the import of such chemicals are banned. In the case of exporting wastes across international borders, the authorities of the State of export must notify the authorities of the prospective States of import and transit, providing them with detailed information on the intended movement. The transport may only proceed if and when all States concerned have given their written consent. In cases where such “prior and informed consent” has not been granted by state authorities concerned and wastes are transferred illegally, the Convention imposes the duty on the State responsible for the transfer to ensure safe disposal of the waste, typically by re-import into the State of generation. Parties to the Convention can bring any cases or alleged cases of illegal transport to the attention of the Convention Secretariat for appropriate action, including but not limited to a resolution negotiated between the States concerned.

Under the Basel Convention, illegal traffic (constituting a criminal act under international law) is defined as a transboundary movement of hazardous wastes:

As Palestine acceded to the Basel Convention in 2015 and Israel is also party to the convention, Palestinian authorities are able to avail of the notification system it provides in order to report incidences of unauthorized transfer of hazardous wastes from Israel and Israel’s settlements (colonies). This use of international law provides a significant option for Palestine to bring environmental human rights crimes perpetrated by Israel to the attention of international fora and to seek effective remedies. Further, Palestinian Environmental law prohibits the import of hazardous substance and waste unless a special permit is obtained from specialized agencies.[1]

In June 2016, the Palestinian Environment Quality Authority (EQA) filed a notification with the Basel Convention Secretariat about an incident of two illegal truckloads of hazardous wastes sourced from Israel’s Nitzane Shalom (Geshuri) settlement industrial zone[2] that were caught en route in April 2016 heading to the Zahrit al-Finjan landfill (near Jenin). A 2011 Israeli state comptroller report provided that the industrial settlement (referred to as Mesila) is unauthorized and is constructed without building permits through the takeover of Palestinian lands. In addition, it is contrary to international law to even use this landfill for the disposal of hazardous wastes. According to the Oslo Accords, hazardous waste in the Occupied Palestinian Territory needs to be transported for appropriate disposal to an Israeli landfill because the respective Palestinian authorities have been restricted from developing an appropriate location for environmentally sound disposal of toxic wastes.[3]

In response to Palestine’s notification, Israel claimed that the waste was not theirs because it came from an industrial settlement. However, since responsibility for hazardous waste under the convention extends to ‘areas of jurisdiction’, this claim was dismissed by the Secretariat. According to the Basel Convention, a “transboundary movement” of waste entails the movement of waste from “an area under the national jurisdiction of one State” to another.[4] Areas of national jurisdiction include “any land, marine area or airspace within which a State exercises administrative and regulatory responsibility in accordance with international law in regard to the protection of human health or the environment”.[5] Israeli settlements are under full Israeli control as Israeli civil legislation regulates settlements authority institutions and applies extraterritorially to individual Israeli settlers.[6]

Following the mediated negotiation process provided by the Basel Convention Secretariat, Palestine succeeded in winning an agreement from Israel for the waste to be transferred back across the Green Line, to be appropriately disposed of in Israel. This is a significant victory for Palestine, demonstrating one possible way to use international environmental law to hold Israel accountable for violating the environmental and human rights of Palestinians and seek appropriate remedies. However, in accepting the consequences of its criminal actions, Israel has demanded that the case not be published on the Basel Convention website. Despite the lack of public disclosure about the case to date, it remains an important first step in seeking effective remedial action for environmental crimes committed by Israel against Palestinian communities.

[3] Article 12(5) on Environmental Protection of Annex III of The Interim Agreement on the West Bank and the Gaza Strip (Oslo II). According to this article: “Both sides shall respectively adopt, apply and ensure compliance with internationally recognized standards concerning the following: levels of pollutants discharged through emissions and effluents; acceptable levels of treatment of solid and liquid wastes, and agreed ways and means for disposal of such wastes; the use, handling and transportation (in accordance with the provisions of Article 38 (Transportation)) and storage of hazardous substances and wastes (including pesticides, insecticides and herbicides); and standards for the prevention and abatement of noise, odor, pests and other nuisances, which may affect the other side.”

[6] This arrangement means that the Israeli Ministry of Environmental Protection has the jurisdictional power to control industrial pollution in settlements. In addition, the presence of Israeli colonies and settlers in the OPT is illegal under Article 49(6) of the Fourth Geneva Convention and constitutes a war crime under the Rome Statute.