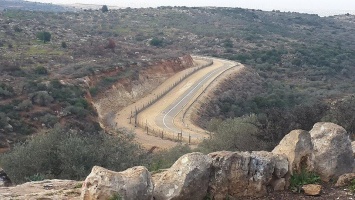 In December 2017, the Israeli Occupying Forces (IOF) killed 13 Palestinians in the Occupied Palestinian Territory (OPT). In January 2018, the IOF continued to use excessive and disproportionate force against Palestinians, with Al-Haq documenting the killing of six Palestinians.1

On 3 January 2018, Mus’ab was shot during confrontations with the IOF who had raided the village of Deir Nitham near Ramallah. Mus’ab Firas Al-Tamimi, 16, was shot by the IOF in the neck with a live ammunition from a distance of approximately 70 metres. Mus’ab succumbed to his wounds and was pronounced dead shortly after.

Meanwhile, on 11 January, 15-year-old Amir Abd Al-Hamid Abu Musa’ed was shot with a bullet which penetrated his chest. Amir, along with other youths and children, had been protesting Trump’s declaration, by throwing stones at the IOF who were positioned behind earth mounds in the buffer-zone, located in Tal Um Husniya, east of Al-Breij M. Camp, Central Gaza Strip. Two other children were also shot and injured with live ammunition.

In a separate operation, on 11 January, the IOF raided the village of ‘Iraq Bourin south-west of Nablus, firing live ammunition, rubber-coated bullets, sound and tear-gas canisters at the residents, killing 17-year-old Ali Omar Qino. Following the raid, residents of the village threw stones at the two intruding Israeli military jeeps. One of the military jeeps stopped, and the soldier in the passenger seat shot twice and then continued to shoot non-stop, nearly 30 bullets, towards a group of seven young men. Ali tried to hide behind rocks on the hill where they had been standing, approximately 30 metres away from the military jeep. A bullet hit and penetrated his head from the front and exited from the rear-left side. Ali was announced dead upon arrival at the hospital.

Last week, Al-Haq documented the killing of Ahmad Abd Al-Jaber Salim, 28, and Ahmad Ismail Jarrar, 31, in Qalqiliya and Jenin respectively, by the IOF.

On 15 January, 28-year-old Ahmad Abd Al-Jaber Salim was shot by the IOF near Al-Wad area, south of Jayyous village, east of Qalqiliya. At approximately 3:00 pm, confrontations erupted between Palestinian youth and the IOF near the Annexation Wall in the form of barbed wire in Jayyous. Initially, there were eight soldiers, firing tear gas and rubber-coated metal bullets at the youth. About an hour later, an Israeli military jeep dropped off four masked soldiers, replacing the aforementioned eight. One of the soldiers shot three live bullets from a distance of approximately 20 metres in the direction of Ahmad. Ahmad was shot with a bullet in the back of his head while collecting stones from the ground, with his back to the soldiers. (Al-Haq Affidavit No. 13/2018) Ahmad fell to the ground with his eyes open, but was unable to speak. The ambulance could not reach Ahmad as the area was rocky. He was carried to the ambulance for about 400 metres. During this time, Ahmad was breathing and snoring heavily. (Al-Haq Affidavit No. 14/2018)

In the ambulance, the doctor and paramedics tried to resuscitate him in vain. According to the doctor who received him in the ambulance, Ahmad was seriously wounded in the head, heavily bleeding, and there was no pulse from the back of his neck. Ahmad’s brain had come out of his skull. As the ambulance drove out of the village and towards the Darwish Nazzal Hospital in Qalqiliya, Ahmad had snored loudly and had possibly taken his last breaths. The ambulance was stuck in congested traffic on the road near the Nabi Elias village, at an Israeli checkpoint, delaying their arrival to hospital. At the hospital, Ahmad was immediately pronounced dead. A scan revealed that Ahmad had been shot in the head with a single bullet, which entered from the back side, with several pieces of shrapnel, possibly due to the bullet exploding inside the head. (Al-Haq Affidavit No. 15/2018)

The Killing of Ahmad Ismail Jarrar:2

On 17 January, at approximately 10:30 pm, an Israeli special force of approximately 25 members, raided the neighbourhood of Wadi Bourqin, west of Jenin refugee camp and city, in the area surrounding the Jarrar families homes. The IOF surrounded (the late) Nasr Khaled Jarrar’s house and his brother’s house, Ali Khaled Jarrar. Throughout the military raid, additional forces arrived at the scene, with helicopters and a bulldozer. At one point, there was about 120 military vehicles in the neighbourhood, which had been declared a closed military zone.

Ahmad Ismail Jarrar, 31, who lives approximately 70 metres away from Nasr’s house was killed following armed clashes between him and the IOF. On 18 January, the Palestinian Ministry of Health reported that Ahmad Ismail Jarrar had been killed during the operation, and that his body has been withheld by the IOF.

According to witness statements, gun-shots were fired in the direction of Nasr’s home. Residents of the house; his wife, daughter, and one of the sons, were in the house. Ahmad, another son, had left the house about 30 minutes before the raid. The family was ordered, from a loudspeaker, to leave the house and for Ahmad Nasr Jarrar to turn himself in. The family complied and stepped out of the house. They were questioned on the whereabouts of Ahmad and was then moved to a nearby home.

The soldiers then fired two or three shells towards the house of Nasr and demolished the house by bulldozer, completely levelling it. Following the demolition, the IOF continued to call on Ahmad Nasr Jarrar to turn himself in. The military operation continued until 8:30 am the following morning. That night, the IOF demolished three houses, including Nasr’s home comprising two storey’s, and the homes of Ali Khaled Jarrar and Ismail Muhammad Jarrar. Ali lives with his wife and four children, including an 8-year-old and 11-year-old, while Ismail lives with his wife, his two sons, one of whom was killed in this operation, Ahmad, and two daughters.

During the raid, residents threw stones at the IOF who retaliated by opening fire, injuring one man with live ammunition in the back, and several others with rubber-coated bullets. Due to the military closure of the area, the Palestine Red Crescent ambulances could not get to the scene all throughout the military operation.

Notably, the raid comes in the aftermath of the killing of an Israeli settler on 9 January 2018 south of Nablus. In this vein, the IOF has made it clear that they are looking for Ahmad Nasr Jarrar. Following the raid on 17 January, the IOF continues to raid houses all over Jenin city and refugee camp on a daily basis, in search of Ahmad Nasr Jarrar. Members of the Jarrar family have been arrested during and after the raid, including Waqqas Hafeth Jarrar and Suhaib Nasr Jarrar.

Israel continues to use indiscriminate and disproportionate use of force against Palestinians, including children, denying them their fundamental right to life, guaranteed in Article 6 of the International Covenant on Civil and Political Rights (ICCPR), which must be respected. In addition, members of the IOF must be guided by the principles of necessity, proportionality, and precautions in attacks when resorting to the use of force and firearms. As the Occupying Power, Israel must abide by international human rights law and must refrain from using lethal force against civilians in law enforcement operations. According to the UN Basic Principles on the Use of Force and Firearms by Law Enforcement Officials (UN Basic Principles), non-violent means should be employed whenever possible in order to minimize injury and death. The use of live ammunition against Palestinian protestors throwing stones at fully armed and armoured Israeli soldiers is disproportionate, unnecessary, and therefore unjustified. Moreover, where the shooting by means of lethal force results in the killing of a civilian who did not pose an imminent threat of attack, it may amount to wilful killing, a war crime under the Rome Statute of the International Criminal Court.

The UN Basic Principles further state that medical assistance should be provided to injured individuals as soon as possible. While the incidents leading to the killing of Ahmad Ismail Jarrar remains unclear, the obstruction of ambulances during the military raid in Wadi Bourqin contravenes the IOF’s obligations, and infringes upon the rights of Ahmad and others who were injured at the time. According to Article 16 of the Fourth Geneva Convention, the sick and wounded must be respected and protected by the Occupying Power.

Al-Haq calls on Israel to carry out prompt, independent, impartial, and transparent investigations into the killings of Ahmad Jarrar, Ahmad Salim, Ali Qino, Amir Abu Musa’ed, and Mus’ab Al-Tamimi. Al-Haq further condemns Israel’s practice of detaining the bodies of deceased Palestinians, which is in violation of its obligations under international law. Under customary international humanitarian law, parties of armed conflict must respect the dead. Rule 115 of customary international humanitarian law specifies that the dead must be disposed of in a respectful manner.

Furthermore, raids, as the one carried out in the case above, as well as the withholding of deceased bodies, and punitive home demolitions amount to collective punishment, prohibited under Article 33(1) of the Fourth Geneva Convention. Moreover, international humanitarian law prohibits the Occupying Power from destroying public and private property in the occupied territory unless rendered absolutely necessary for military purposes. Otherwise, it is a grave breach, and consequently a potential war crime. In addition, punitive house demolitions violate numerous rights under international human rights law, including the right to fair trial guarantees, the right to an adequate standard of living, including the right to housing.

1It should be noted that on 30 January 2018, Laith Abu Na’im, 16, was killed near Ramallah. Al-Haq’s documentation of the case is still ongoing.

2Information provided is based on Al-Haq’s field information and documentation. It should be noted that documentation is still ongoing for this case.