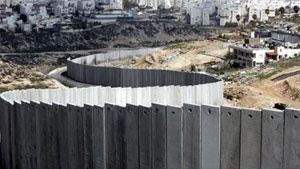 Territory”, Al-Haq firmly reiterates its call on the international community of States to fulfil its obligations under international law.

In its Advisory Opinion of 9 July 2004, the ICJ concluded that the construction of the Wall inside the West Bank is illegal under international law as it is tantamount to annexation of land by use of force. As a matter of fact, it is estimated that upon completion, the Wall will annex more than 10 per cent of occupied territory in order to fully integrate large Israeli settlements, illegally built on Palestinian land, into the territory of the State of Israel. Additionally, the Wall, which is likely to become a unilaterally-drawn international border, will permanently sever East Jerusalem from the rest of the West Bank, while preventing territorial contiguity, manipulating local demographics and ultimately denying Palestinians their right to self-determination.

Despite the clear recommendations of the ICJ, States have failed to uphold their legal obligations enshrined in customary norms of international law and instead blindly accepted Israel’s ostensible security rationale. However, the Annexation Wall, built in the West Bank rather than on the Green Line, creates a longer border to be policed, inherently contradicting security needs while demonstrating Israel’s annexationist goals.

In contrast to the lack of action by the international community of States, human rights organisations have attempted to seek the implementation of the ICJ Advisory Opinion both locally and at the international level. At the local level, cases brought before the Israeli High Court of Justice (HCJ) while trying to afford Palestinians legal remedies sadly have allowed the Court, once again, to provide the Israeli authorities with a rubber stamp of approval for their illegal policies. The HCJ has manipulated the Advisory Opinion and failed to uphold international law by refusing to order that the Wall be built on the Green Line and the portions built on occupied territory be dismantled. A limited number of the Court’s decisions have resulted in Pyrrhic victories for the petitioners while overlooking the collective rights of the Palestinian people.

Recently, the Israeli military began dismantling a section of the Wall near the West Bank village of Bil’in. This comes four years after the HCJ rejected the government’s argument that the route of the Wall in the area responded to security needs, yet failed to demand that the new route coincide with the Green Line. This move follows six years of weekly non-violent protests, which have attracted large media attention and the involvement of international peace activists and political leaders. Such form of resistance in Bil’in has cost the life of Bassem Abu Rahmah, who was killed by a teargas canister during a peaceful protest in 2009, and has left American citizen Tristan Anderson permanently brain damaged after also being hit by a teargas canister fired by the Israeli forces. Countless others have been injured, detained and harassed as the Israeli occupying forces have persistently attempted to suppress peaceful resistance to the annexation of Palestinian land by the Wall.

On the international level, Al Haq has sought a form of indirect implementation of the Advisory Opinion by filing a criminal complaint against the Dutch company Riwal in the Netherlands. The case asserts that the company has facilitated the commission of international crimes by the Israeli authorities by supplying Israel with mobile cranes and aerial platforms for the construction of the Wall and settlements in the West Bank. The decision of the Dutch Prosecutor to proceed with further investigations in the case, including by raiding the company’s offices in Dordrecht, is a positive step in the pursuit of justice for Palestinians.

However, judicial initiatives must be complemented by genuine State action, in order to pressure Israel to respect the rights of the Palestinian people. Therefore, Al-Haq calls upon third State parties to end their seven-year-long inaction and adopt effective policy changes to ensure that no recognition nor assistance be provided by either State or private actors to Israeli annexationist policies.