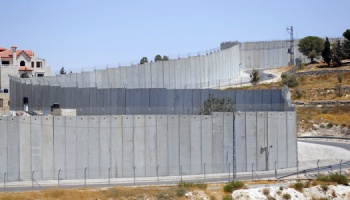 As an organisation dedicated to the promotion and protection of human rights in the Occupied Palestinian Territory (OPT), Al-Haq takes the opportunity of International Labour Day to highlight the barriers that prevent Palestinians across the OPT from fully enjoying their right to work. At a time when international labour rights are the focus of increasing global attention, the right to work of Palestinians in the West Bank, including East Jerusalem, and the Gaza Strip, is still severely restricted by the illegal policies of the Occupying Power. The unemployment rate in the OPT currently stands above 21 per cent, largely as a result of the significant and ever-increasing obstacles that Palestinians face as they attempt to access employment or enjoy their traditional livelihoods.

Across the West Bank, including East Jerusalem, the movement of Palestinians is regimentally controlled by Israel’s illegal policies and practices, which include military checkpoints, settler-only roads, closed military zones and settlement areas. Furthermore, since the 1990s, Palestinian entry to Israel, to settlement areas in the OPT, to East Jerusalem from other parts of the OPT and Palestinian movement between the West Bank and the Gaza Strip are subject to a pervasive permit system – permits virtually impossible to obtain – that severely curtails Palestinian freedom of movement and the right to access their workplace. Together with the Annexation Wall, these restrictions serve to divide the Palestinian population into enclaves while depriving Palestinians of access to approximately 40 per cent of the West Bank, much of which they traditionally used for agriculture.

Approximately 30,000 Palestinians cross the Annexation Wall without permits in search of employment in the Israeli labour market, where they are subject to exploitation. Those caught doing so are subjected to punishment by Israeli Border Police that includes live fire, severe beatings, detention and inhumane and degrading treatment. At the same time tens of thousands of Palestinians had no alternatives but to seek work in Israeli settlements, which are established in contravention of international humanitarian law, due to the absence of any viable opportunities and despite recent Palestinian Authority (PA) legislation prohibiting Palestinians from working in settlements. Those who do so are generally at the mercy of employers and middlemen who take large percentages of their wages and leave them with little or no healthcare or other basic job entitlements.

The illegal policies implemented by Israel not only restrict the movement and access to land of the Palestinian people, they also prevent their development. In Area C, which makes up more than 60 per cent of the West Bank, Israel prevents Palestinians from constructing any infrastructure or implementing development projects such as water wells, reclaiming of agricultural land, opening agricultural roads or extending irrigation networks. Thus, in spite of its vast agricultural potential, limitations on access to the land and water scarcity have turned areas such as the Jordan Valley into the least-cultivated Palestinian area.

In the Gaza Strip, the regime of illegal closures imposed by Israel since 2007 has resulted in a dramatic increase in the levels of poverty and unemployment. Up to 80 per cent of the population is aid-dependent. For those who do work, especially close to the buffer zone, their work entails the risk of injury or death at the hand of the Israeli military. Since the beginning of 2011, 45 farmers and stone-collectors, including six children, have been killed by the Israeli occupying forces while working. A further 159 workers were injured during the same period.

Israel, as the Occupying Power, has an obligation not to restrict the right to work of Palestinians. In restricting the movement of Palestinians, through the Annexation Wall, the oppressive permit system reality and the illegal closure of the Gaza Strip, amongst other measures, Israel has created a set of obstacles that severely impinge upon the right of Palestinians to work.

Despite the restrictions imposed by the Israeli belligerent occupation, Palestinian efforts are underway to improve the internal labour system. In this regard, Al-Haq welcomes the recent decision by the PA to remove the security clearance requirement for public service employment as a positive development in the realisation of working rights of Palestinians. However, Al-Haq also urges the PA to take a further step by adopting a minimum wage, which would help reducing gender wage discrimination and make the Palestinian private sector a more viable alternative to employment in Israel or the settlements.

In light of the continued violations of Israel in relation to the right to work of Palestinians, Al-Haq calls on: