The following Op-ed was published on 31 July 2012 on The National. 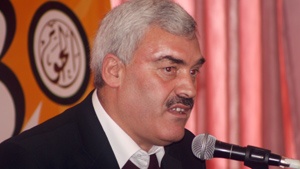 In the Occupied Palestinian Territories, there is little faith in the principles of human rights. Notions of justice, accountability and international law mean too little to too many.

A host of factors contribute to this absence of trust, chief among them the flagrant disregard for human rights obligations repeatedly demonstrated by Israel, as the occupying power. Following close behind is the international community's apathy and what often amounts to complicity in the deteriorating situation across the West Bank, including East Jerusalem, and in the Gaza Strip.

However, the Palestinian Authority's persistent disregard for international law, combined with recurring abuses committed by several Palestinian security agencies in the West Bank, have done nothing to appease the frustrations of Palestinian people.

Indeed, Palestinians have come to expect little more than the suppression of freedom of expression, arbitrary arrest and even worse from their governing authority.

Many accuse it of having become a vehicle that helps Israel to maintain its occupation. There is no confidence that the PA in its current form can do anything to end the ever-expanding settlements, to break the blockade of the Gaza Strip or to overturn the system of apartheid imposed in the West Bank.

Instead, the PA and its security forces are preoccupied with controlling the lives of Palestinians, engaging in arbitrary arrests, denying freedom of association, suppressing dissent and mistreating prisoners. In Dhahriyya Prison near Hebron, four inmates are often placed in a cell designed for one and 12 cases of torture were reported recently; across the West Bank, the right to a fair trial is denied to many.

Most worryingly, both the security forces and the PA are ignoring rulings of the judiciary. Palestinian courts have ordered the release of at least 15 detainees who remain behind bars for political reasons. Put simply, there is no room for political prisoners in a society that aspires to democracy.

Occupied Palestine is striving to develop the structures and institutions of a democratic state. However, such efforts are hamstrung by a culture of impunity that pervades the governing class and gives free rein to the security forces. There is no genuine accountability mechanism that abides by the rule of law, and no system to hold perpetrators of human rights violations responsible for their actions, whether they are politicians or security personnel.

On two occasions in the past month, Palestinian police from the investigative department have descended on peaceful protesters with batons and violently suppressed demonstrations. These incidents were not overzealous reactions to provocations from the crowd. Rather, police were following orders to stifle dissent with force if necessary.

Sadly, the political will to challenge these practices is absent.

Because of a combination of rivalries within the PA, the division between Fatah and Hamas, and the international community's lack of commitment, there is no drive to see principles of justice upheld. Without this, courts will continue to be ignored and peaceful protesters will be beaten again and again.

The security forces, urgently in need of reform, will continue to act unlawfully and with impunity. Accountability will remain a buzzword that we use only in relation to Israel. Political unity, and consequently democracy and a working parliament, will remain beyond the reach of ordinary Palestinians.

It is true that Israel's belligerent and long-standing occupation dismisses human rights obligations and international law without a second thought.

Yet, as things stand, there is no pressure for it to change. Israel continues to diligently expand settlements in the West Bank, including in East Jerusalem. In the past year, the bricks and mortar of hundreds of new units were laid, with more to follow. Access to water has been restricted so much that many Palestinian villages are suffering from shortages so that nearby Israeli settlements, built on Palestinian land, can enjoy swimming pools and lush green lawns with extravagant sprinkler systems.

In 2004, the International Court of Justice declared that sections of the annexation wall that were built in the West Bank were illegal. The court demanded not only that construction cease immediately, but that the wall be dismantled and reparations paid for damage caused. Eight years later, construction continues and, upon completion, 85 per cent of the wall will lie inside the West Bank.

And yet Israel continues to act without consequences or censure. Until it is held accountable for its actions, it will continue to flaunt international law and its legal obligations.

According to the European Commission, Israel demolished 82 development projects funded by the EU between 2001 and 2011, at a total cost of almost €50 million (Dh225 million), some €30 million of which came directly from the EU and European states. Instead of holding Israel accountable, the EU has decided to sideline human rights and humanitarian law by improving bilateral relations with Israel.

Crucially, however, none of this absolves the PA from its own obligations to respect the fundamental rights of Palestinian people.

Human rights should not simply be a by-product of good governance. Instead, they must be the very foundation upon which that governance is built. A respect for human rights must be developed regardless of the occupation and in spite of any division between the PA and Hamas.

The PA's failure to build such a platform only serves to cripple resistance to an Israeli encroachment that grows more and more severe. Ultimately, for as long as the PA continues to dismiss its obligations and refuses to respect the rule of law, neither liberation nor justice will ever come to Palestine.