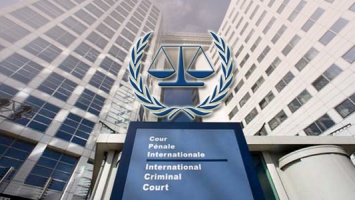 Thursday, 3 October 2013, Al-Haq and the Palestinian Centre for Human Rights (PCHR) held a meeting with the International Criminal Court (ICC) Prosecutor, Fatou B. Bensouda, to personally present a legal opinion, prepared in cooperation with Dr. Michael Kearney of the University of Sussex. The opinion provides legal justification for the Prosecutor to move forward on a declaration submitted by the Palestinian leadership in 2009, accepting the jurisdiction of the Court under Article 12 (3) of the Rome Statute. The 2009 declaration can be acted upon by the Prosecutor without the need for any renewed action by the Palestinian leadership. The crux of the argument is that the question of Palestinian statehood, presented by the former prosecutor as justification for not extending ICC jurisdiction, has definitively been removed by Palestine's upgrade to Non-Member State status on 29 November 2012.

Speaking after the meeting, Shawan Jabarin, the General Director of Al-Haq stated: “With this opinion we are putting forward our position that the rights of Palestinian victims are not subject to compromise.  Any negotiated agreement that sidelines the pursuit of justice through the ICC,  is an agreement that lacks the representative support of Palestinian civil society.  Our role as Palestinian human rights organisations is to pursue justice and accountability regardless of negotiations and we condemn any pressure exerted to the contrary. This is especially important in light of the fact that violations of international law continue unabated despite ongoing  negotiations.  We call on the Prosecutor to move forward on the 2009 Palestinian declaration and simultaneously urge the Palestinian leadership to support such a move, in addition to acceding to other international instruments.”

Unfortunately, due to restrictions on movement in and out of the Gaza Strip, Raji Sourani, the Director of PCHR was prevented from personally attending the meeting.  The meeting was however, also attended by the President of the International Federation for Human Rights (FIDH), Mr. Karim Lahidji, who chose to be present as an indication of support for the position taken by Al-Haq and PCHR.