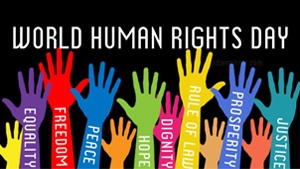 On 10 December, the world celebrates the Human Rights Day, which was proclaimed by the United Nations General Assembly in 1950 to review the international achievements in the field of universal respect, promotion and protection of human rights and fundamental liberties that are the core principles of International Bill of Human Rights,  which States have repeatedly emphasized their legal and moral commitment, in cooperation with the United Nations (UN), to promote and respect for all human beings.  This anniversary coincides with the 20th anniversary of signing the Oslo Accords, under which human rights were sacrificed under the pretext of achieving peace and security that have not been achieved yet.  As a result, the Palestinian people have been paying the price of those policies as their fundamental liberties and rights are abused, especially the ongoing denial of their right to self determination and all their civil and political rights as well as their economic, social and cultural rights.

The Universal Day of Human Rights comes this year while the human rights situation in the occupied Palestinian territory (oPt) is continuously deteriorating, and the principles of the Universal Declaration of Human Rights, the rules international human rights law derived from it and international humanitarian law are violated.  This year may be considered the worst at the level of the catastrophic deterioration of the Palestinian human rights situation resulting from the continued Israeli violations against Palestinians’ right of self-determination as a collective right, including undermining the international community’s efforts to implement the resolutions of international legitimacy, the most recent of which is recognizing Palestine as a non-member State in the UN and denial of Palestinians’ right to establish their independent state that allows them to control their economic resources and wealth and build the Palestinian entity that will undoubtedly support and strengthen the UN purposes at the levels of international peace and security and will end more than 65 years of Palestinian suffering resulting from the Nakba (the uprooting of the Palestinian people from their land in 1948) and the subsequent serious and systematic violations of human rights that have amounted to the level of war crimes and crimes against humanity according to the international humanitarian law.

The Israeli systematic policies have perpetuated a situation where different parts of the oPt are separated from one another.  Israeli occupation authorities have continued to commit crimes against Palestinians and their property to taking the Palestinian situation up to the level of a new Nakba.  In the West Bank, including Occupied Jerusalem, Israeli forces continue settlement activities, and confiscation of Palestinian property and lands as well as supporting extremist settler groups.  All of this comes with approving the construction of annexation wall, which has seized about 58% of the Palestinian lands and property and has turned Palestinians’ life on the rest of their lands into ghettos and Bantustans.  Meanwhile, the ethnic cleansing in East Jerusalem and forced displacement of its Arab residents continue in absence of the simplest mechanisms of international protection for Palestinians and their property.  The precise description of the current situation in East Jerusalem is a unique apartheid.  In the Gaza Strip, the picture is even darker in an area inhabited by 1.8 million people and classified as one of the most densely populated areas in the world.  Israeli authorities continue to disrupt the geographical contiguity between the Gaza Strip and the West Bank.  Israeli forces continue to commit crimes in the Gaza Strip through full-scale military attacks and through imposing an illegal total closure on the civilian population as these crimes constitute collective punishment and crimes against humanity under the international humanitarian law.  Palestinians in the Gaza Strip have been suffering from the ongoing violations of their fundamental liberties and rights due to the serious violations of human rights, as a result of which thousands of Palestinians have been killed or injured, and their property and civilian objects, including residential buildings, vital facilities and infrastructure of the Gaza Strip cities, villages and refugee camps, have been systematically destroyed.  The humanitarian conditions have been aggravating and deteriorating due to the tightened restrictions imposed on the freedom of movement of people and goods from and to the Gaza Strip.  Meanwhile, people’s economic and social rights have unprecedentedly deteriorated to reach the edge of a disaster due to the severe lack of power and fuel supplies and basic services needed by the population in the Gaza Strip.  Thousands of persons in the Gaza Strip feel frustrated and desperate as they are not able to obtain the most basic human necessities of life, including food, medicines and adequate shelters due to unemployment and extreme poverty among its population.  There seems to be no real hopes in the near future for an urgent intervention of the international community to stop the bleeding and human suffering. This suffering has never been a result of a natural disaster or an epidemic, but of continuous Israeli systemic policies that fight Palestinians in their livelihoods in a unique phenomenon of escaping punishment and accountability due to the impunity granted by some countries that protect those who are accused by the international community of perpetrating war crimes and crimes against humanity.

The Human Rights Day comes while the obnoxious Palestinian political split and its painful consequences are still persistent leading to more deterioration of economic and social conditions as well as the civil and political rights in the oPt over the past 7 years.  This time last year, Palestinian had hopes when Fatah and Hamas movements took some positive steps to move forwards in order to end the worst era in our people’s history, achieve national reconciliation and focus on continuing the Palestinian struggle to end occupation and achieve self-determination.  However, that optimism has diminished as the Palestinian public opinion has become certain that the Palestinian national reconciliation is farther than ever due to the absence of the real political will.  Palestinians have to pay the price of being pushed into the political conflict, so their political and civil rights, as well as their economic, social and cultural rights have further deteriorated.

There have been concerns that these distinctive marks of the Palestinian people’s history may turn into a systematic conduct that will create the worst ends for a people who have struggled for the triumph of international justice and peace according to the international legitimacy resolutions and human rights principles proclaimed by the Universal Declaration of Human rights.  Palestinians have always fought in support for the values of equality, human dignity and justice to tear down the last fort of colonization and occupation of others’ land by force, to reinforce their right to self-determination, and to end the last universal form of occupation that has been ongoing for decades causing more suffering for millions of Palestinians.  Today, it is disgraceful that Palestinians have taken down these years of their history and struggle for freedom and self-determination into begging for their rights to life, food, health care and living conditions that preserve their dignity, while their natural right to freedom and enjoyment of all civil and political rights as well as their cultural, social and economic rights continue to be denied.

To challenge this painful reality, Palestinians and all those who believe in the values and principles of the Universal Declaration of Human Rights all over the world are required to continue their struggle to support victims and defend human rights and human dignity inherent in all human beings.  So, the international community has legal and moral obligations to enforce the UN Charter and human rights principles.  Therefore, the Palestinian Human Rights Organizations Council: