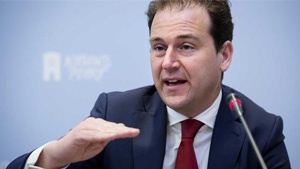 In June 2016, it was made public that Mr. Lodewijk Asscher, Dutch Minister of Social Affairs and Employment, intentionally provides for the payment of Dutch full age pension (AOW pension) to settlers in the Occupied Palestinian Territory in violation of Dutch legislation. Today, on 29 September 2016, a criminal offense committed by Minister Asscher was reported to the Chairwoman of the Dutch House of Representatives on behalf of Mr. F.L van Vliet, Mr. S van Houcke, Mrs. M.H.A. Remmers and the foundation Article 1 Collective.

According to Dutch law, full AOW pension may only be paid to individuals residing outside the Netherlands through the entering of an agreement. Such an agreement has been concluded with Israel but does not extend to settlements. Nevertheless, the Ministry of Social Affairs and Employment, with the knowledge of inter alia the Ministry of Foreign Affairs, has and continues to allow for the payment of the AOW pension to settlers.

In support of the letter submitted to the House of Representatives, Al-Haq’s General Director stated that “Mr. Asscher’s actions are particularly worrisome considering his position as Minister of Government. Indeed, Mr. Asscher in his capacity as Minister and with the involvement of the Dutch Cabinet is transferring state money to settlers and is thereby sustaining their presence in the occupied Palestinian territory. In so doing, the Dutch Government blatantly violates its obligation not to recognise Israeli sovereignty over the Palestinian territory nor to recognise Israel’s violation of peremptory norms of international law.” The settlement enterprise violates Palestinians’ right to exercise self-determination in one contiguous territory. The transfer of settlers into the Palestinian territory is also considered a war crime. The Netherlands, and the international community as a whole, maintains that settlements are illegal. Mr. Jabarin further said that “the payment of state pension to settlers sends the very dangerous message that the Dutch Government in certain instances willingly breaks its own laws and obligations”.

The Dutch Constitution provides the legal basis for holding a Minister accountable for offences committed whilst in office and the ‘Ministerial Responsibility Act’ lays down the procedure. As a first step, the latter act states that at least five members of the House of Representatives must initiate the setting up of a special committee of inquiry. Al-Haq asks that members of the House of Representative initiate the required procedure, with a view of prosecuting Mr. Asscher. Al-Haq also calls on the Dutch Government to immediately stop the payment of pension to settlers.

The report of the criminal offence submitted to the House of Representatives can be read here: