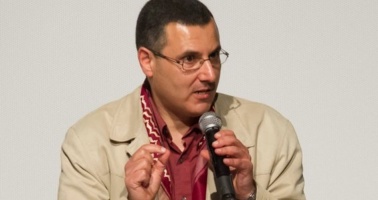 PHROC expresses its support for human rights activist and founding member of the Boycott, Divestment and Sanctions movement (BDS), Omar Barghouthi, in confronting Israeli actions that target his activism locally and abroad.

Mr. Barghouthi has recently been the victim of inflammatory rhetoric and defamation from Israeli officials in order to tarnish his reputation and undermine his important work. This defamation coincided with an investigation by the Israeli Tax Authority for alleged tax evasion and a decision to prevent him from travel. PHROC shares the view of the BDS movement that the case is yet another attempt to hinder Mr. Barghouti’s work and intimidate him.

This was preceded by others abusive actions. In May 2016, Mr. Barghouthi received a notification from the Israeli authorities, informing him of their refusal to renew his travel permit, as Israeli authorities were considering the revocation of his permanent residency in Israel.

PHROC expresses its full support for Mr. Barghouthi in confronting all Israeli measures, and affirms his and all activists’ right to call for and participate in boycott actions.. Boycott actions are guaranteed under the right to free expression, in accordance with international human rights law. The BDS movement is a peaceful resistance movement, based on the principles of accountability and represents the broadest consensus of Palestinian civil society in facing continuous Israeli abuses of international human rights and laws.