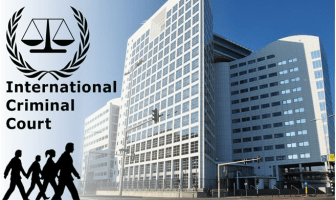 In light of Israel’s inability and unwillingness to conduct effective investigations, the interests of justice now demand that the Prosecutor at the ICC move to open an investigation into the serious international crimes committed during the July-August 2014 Israeli military offensive—so called “Operation Protective Edge”—on Gaza, occupied Palestinian territory.

The confidential communication examines Israel’s investigative system in light of the complementarity requirements established in Article 17 of the ICC Statute. It is based on the first-hand experiences of the Gaza-based Palestinian Centre for Human Rights and Al Mezan Center for Human Rights.

In the aftermath of the 2014 offensive these organisations submitted a total of 369 criminal complaints to the Office of the Israeli Military Advocate General. The overwhelming majority of the alleged violations have not been investigated, while those that have been addressed were subject to unjustified delay. More than three years from the 2014 offensive, not one indictment has been issued in relation to the 369 complaints. More fundamentally, the communication explains that the limitation of Israel’s investigative system to only “exceptional incidents” precludes investigation of policy-level decisions and senior military and civilian officials whose acts and omissions resulted in the commission of crimes against humanity and war crimes against the civilian population in Gaza

“This clearly underscores that a genuine criminal investigation and prosecution process for these complaints is being systematically avoided”, said Raji Sourani, Director of Palestinian Centre for Human Rights. “The consequences are that legal accountability and justice will be deliberately denied the vast majority of victims and survivors—as has been the case following the two previous large-scale Israeli military offensives in Gaza”.

“The operation of the Israeli investigative system and the results the system has produced, ultimately demonstrates its deficiencies,” said Issam Younis, Director of Al Mezan Center for Human Rights. “The system operates so as to shield both policy-level decisions and senior military and civilian officials from effective investigation, thereby allowing for the continuance of Israel’s illegal occupation policies and practices”.

This communication supplements the information that has been submitted to the Prosecutor by the organizations since November 2015. The four previous communications contain evidence of the war crimes and crimes against humanity committed by high-level Israeli civilian and military officials in the occupied Palestinian territory, including East Jerusalem, since the ICC was granted jurisdiction over crimes committed since 13 June 2014.

In light of the documented ongoing impunity for alleged serious and widespread violations of international criminal law, and the imperative to deter the possible commission of serious international crimes in the future, the human rights organizations urge the Prosecutor to request authorization to proceed from the preliminary examination to a full investigation forthwith. “In so doing”, said Shawan Jabareen, Director of Al Haq, “it is vital that the views of Palestinian victims are addressed in the interests of justice, and that full reparations are made. Justice for Palestinian victims must be obtained as a prerequisite for genuine and lasting peace.”