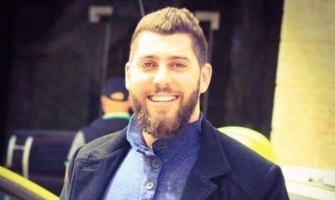 On Sunday, 23 December 2018, Al-Haq sent a joint urgent appeal to the United Nations (UN) Special Procedures regarding the enforced disappearance of Palestinian citizen Saleh Omar Barghouthi, 29, following his detention by the Israeli Occupying Forces (IOF) near the town of Surda, north of Ramallah in the occupied West Bank, on 12 December 2018.

According to Al-Haq’s documentation, between 6:40 pm and 7:00 pm on the evening of Wednesday, 12 December, a blue SsangYong jeep, with a Palestinian license plate, hit a yellow taxi that was in front of it near Surda, on the road leading to Birzeit. Eyewitnesses who arrived at the scene thought it was a car accident and got out of the car to see what had happened. One witness told Al-Haq that about ten masked Israeli soldiers wearing black uniforms came out of a white Mercedes bus, which had a Palestinian license plate, pointed their rifles at Palestinians approaching the scene, and shouted at them to get back in their cars. In an affidavit to Al-Haq, the same eyewitness stated:

“I saw a group of soldiers attacking the KIA taxi and I heard the sound of three to four bullets as I saw a soldier pointing his weapon into the window of the taxi driver’s car. The sound of the gunshots was muffled. I think that the shots might have been fired using a silencer and that the soldier might have shot the driver from a very close distance. Then the soldiers opened the car door, pulled the driver out of the car, and threw him down onto the [ground]… I saw them tying his hands behind his back and then carrying him and putting him in the white bus.”

Another eyewitness, Rami Hamdan, 35, who saw the scene from the other side of the road, stated:

“I saw ten masked men, six in the bus and four in the jeep, wearing black, two of them holding rifles. They surrounded the taxi…One of them used his rifle to crash the window next to the driver’s seat. Then three members of the [Israeli] forces opened the driver’s door, pulled the driver out, and threw him onto the ground… they tied his hands and legs, covered his eyes, and threw him in the white [bus]…”[1]

After the IOF took Saleh and withdrew from the scene, some of the eyewitnesses approached the taxi Saleh was driving and saw that the window next to the driver and the window behind it were shattered. They did not see any blood in the taxi or next to it, while one eyewitness noticed traces of bullet penetration in the driver’s seat, above the left shoulder, and in the centre of the seat behind the driver. It is also worth noting that several eyewitnesses saw an empty shell casing next to the door of the car on the driver’s side.

Several hours after the disappearance of Saleh Barghouthi, on 12 December, Israeli media reported that “the Counter Terrorism Unit of the [Israeli] Border Police, Yamam, killed a Palestinian suspected of involvement in the shooting attack outside of Ofra on Sunday.”[2] In a statement issued on 15 December 2018, Saleh’s family called into question the facts of the alleged killing. Saleh’s father, Omar Barghouthi, was informed by an Israeli intelligence officer of his son’s death admitting, “we killed Saleh.” On the basis of information available to them, the family concluded, that:

“the possibility of life or death is a mystery, which must be addressed by official bodies and human rights groups, while it requires… the examination of the body. As a result, the family believes that the killing was either carried out after the arrest or that Saleh’s killing may be imminent”.[3]

Al-Haq notes that, on 20 December 2018, the Jerusalem Legal Aid and Human Rights Center (JLAC) received further information on the case of Saleh Barghouthi, following a request submitted to the Israeli occupying authorities. In their response to JLAC, the Israeli authorities admitted that Saleh was alive at the time he was arrested and alleged that Saleh was then taken to a hospital, where he is said to have died of his wounds, a few hours later. However, no response was given to JLAC’s request to allow Saleh’s mother to identify the body and to see him inside his place of detention, nor did the Israeli authorities provide any information related to Saleh’s arrest or injury.[4]

Al-Haq emphasizes that the response given by the IOF to JLAC reveals inconsistencies with the initial account given to Omar Barghouthi to the effect that his son has been killed by the IOF. Instead, this response to JLAC provides an entirely different account, in that the Israeli authorities now allege that Saleh was taken to a hospital, where he later died of injuries. Taken jointly with the information available to Al-Haq, the second account, rather than attest to the fate of Saleh Barghouthi, only emphasizes that Saleh has been subjected to an enforced disappearance. Critically, Saleh’s mother continues to be denied the right to see Saleh and to confirm her son’s identity.

Al-Haq also notes that the reply by the Israeli occupying authorities to JLAC, stating that Saleh died following his arrest, does not indicate the circumstances in which Saleh was killed while in Israeli custody nor where he is currently held. Notably, Al-Haq recalls that, according to the UN Working Group on Enforced or Involuntary Disappearances:

“a detention followed by an extrajudicial execution… is an enforced disappearance proper, as long as such detention or deprivation of liberty was carried out by governmental agents… and, subsequent to the detention, or even after the execution was carried out, State officials refuse to disclose the fate or whereabouts of the persons concerned”.[5]

In its urgent appeal to the UN Special Procedures, Al-Haq stressed that family members have the right to be informed of the circumstances of Saleh’s arrest and detention and possible death,[6] and that the lack of evidence to the effect that he has been killed causes his family mental anguish and stress, which amounts to cruel, inhuman, or degrading treatment or punishment.[7] In addition, Al-Haq noted that the arrest and detention of Saleh Barghouthi were conducted in violation of international human rights and international humanitarian law applicable in the Occupied Palestinian Territory (OPT), stressing that arbitrary detention during armed conflict is specifically prohibited under customary international law governing hostilities in order “to prevent disappearance”.[8]

Al-Haq further noted that, should Saleh have been killed following his arrest and detention by the IOF, or otherwise succumbed to the wounds sustained from IOF fire while in Israeli custody, then Israel, as Occupying Power, bears the full responsibility for the arbitrary deprivation of his life, in violation of Article 6(1) of the ICCPR. Moreover, Al-Haq stressed that the withholding of Saleh’s body amounts to cruel, inhuman, or degrading treatment or punishment against Saleh’s family, in violation of Article 7 of the ICCPR,[9] and to collective punishment, prohibited under Article 33 of the Fourth Geneva Convention (1949).[10]

Critically, Al-Haq’s stressed that its documentation of the incident indicates the absence of conclusive evidence as to the alleged killing of Saleh Barghouthi in the location of his arrest and detention by Israeli forces, amounting to an enforced disappearance, within the meaning of Article 2 of the International Convention for the Protection of All Persons from Enforced Disappearance (ICPPED). Under the Convention, the three cumulative constitutive elements are met in addition to the placing of the victim outside of the protection of the law as a consequence.[11] Notably, Saleh was detained and as a result deprived of his liberty;[12] moreover, the deprivation of liberty was carried out by agents of the State of Israel, in this case Israeli soldiers; third, the incident was followed by the Israeli occupying authorities’ concealment of the fate or whereabouts of the disappeared person. Indeed, the conflicting messages revealed by the IOF, first to Omar Barghouthi and then to JLAC, reveal that there has been an attempt to conceal the circumstances in which Saleh was arrested, detained, and possibly killed, while they fail to disclose his current whereabouts. Saleh’s detention may qualify as enforced disappearance even if the former constitutes “short-term detention” of “a few hours or days.”[13]

Accordingly, in its submission to the UN Special Procedures, Al-Haq stressed that the burden of proof lies with Israel, as Occupying Power, to establish the facts of the incident and to ensure effective, independent, transparent, and public investigations into the matter. Without any proof to the contrary, Al-Haq stresses that Saleh Barghouthi has been subjected to an enforced disappearance and calls on the Israeli occupying authorities to disclose the circumstances in which Saleh Barghouthi was arrested, detained, and injured, to ensure Saleh’s family is adequately informed of his fate and whereabouts, and that Saleh’s body is returned to his family for a dignified burial, without further undue delay. Al-Haq is currently following up on the case of Saleh Barghouthi with relevant international bodies.

[3] Official public statement, as issued by Saleh Barghouthi’s family on the evening of Sunday, 15 December 2018.

[12] This applies whether the deprivation of liberty is the result of arrest, detention, or abduction, and regardless of the consequences for the victim in the aftermath of such deprivation; see Gabriella Citroni and Tullio Scovazzi (eds.) The Struggle against Enforced Disappearance and the 2007 United Nations Conventions (1st edn. MNP 2007), 457.