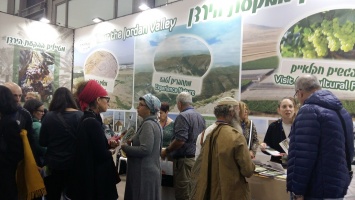 Space for tourism development was identified as a critical issue by the Ministry for Tourism, whose representative stated “Israel is expensive country, but we need to think how to open market and demand is huge to make it possible to stay on budget…Converting spaces is important – like the project of converting industrial parks in the suburbs of Tel Aviv, to make it more alive again, for locals and for tourists.”

In addition, the Ministry of Tourism presentations outlined that 4,113 million tourists had visited Israel in 2018. Jerusalem was still considered the most interesting tourist destination for potential tourists with 63 percent of surveyed tourists interested in travelling to Jerusalem, 55 per cent to the Dead Sea, 55 percent to the Sea of Galilee, 51 percent to Tel Aviv and 23 percent to Haifa. Of those questioned for the data study, 80 percent associated Israel with conflict and instability. As a tourist destination Israel is the most popular for the 35-44 year-olds, followed by 45-54 year-olds, and then 55-64 year-olds.

Tourism to illegal settlements on lands appropriated from both Palestine and Syria featured prominently in the IMTM 2019. Of concern, the list of exhibitors included illegal settler councils and settlement enterprises, such as Binyamin Regional Council,[3] Jordan Valley Tourism,[4] Modi’in Region Tourism Association,[5] Modi’in Maccabim Reut Municipality,[6] which features on the EU list of settlements, Gush Etzion Tourism,[7] and Tourism HaRova,[8] an Israeli State owned company operating in occupied East Jerusalem with a mandate to “rebuild” and “develop” the Jewish Quarter there.[9]

During the IMTM 2019, there were at least four stands in the exhibition hall advertising illegal settler tourism in lands appropriated in the Occupied Palestinian Territory and the Occupied Syrian Golan Heights.

One of the most dominant displays in terms of allocated space and prime positioning in the exhibition hall, was the stand for the Binyamin Regional Council, an illegal settlement Council covering 42 settlements in the central West Bank. The stand was manned by Israeli representatives from the ‘Binyamin region’, who advertised accommodation, cycling holidays, walking trails, and the Ofra Field School for the Protection of Nature, which for the past 40 years has been profiting from the military occupation of Palestine, selling “hiking, touring and researching every nook and cranny in Binyamin, Samaria and the Jordan Valley”.[10]

A number of stands were devoted to the advertisement of tourist sites in occupied East Jerusalem, which Israel administers temporarily, under military occupation and does not have sovereign authority. The stands displayed adverts for the Tower of David Museum in the occupied Old City of Jerusalem, the iTravel Jerusalem stand, highlighting that “the world chose Jerusalem”, and the Israel museum Jerusalem.

Trip Advisor stamped fliers featured recommendations for tourists to visit the “Ammunition Hill, Six Day War, Heritage Centre” in occupied East Jerusalem, where experienced guides tell the “miraculous” story “of the battle for Jerusalem’s unification”. This stands in flagrant violation of international law, where the most recent United Nations (UN) General Assembly Resolution on the Status of Jerusalem, adopted on 21 December 2017, holds that “any decisions and actions which purport to have altered the character, status or demographic composition of the Holy City of Jerusalem have no legal effect, are null and void.”[11] Nevertheless, distributed Israel Ministry of Tourism leaflets represent Jerusalem as the “capital of Israel”.

A Guide to Jerusalem Winter 2018-2019, published by the Jerusalem Development Authority, Jerusalem Municipality, and Jerusalem and Heritage Authority, presents Jerusalem tourist attractions according to the tram stops.[12] Critically the tram connects illegal settlements in the OPT with the Jerusalem Municipality confiscating private Palestinian lands in Shu’fat for the construction of the light rail. The Guide further presents a featured “Wine Trail”, listing settlement wineries located on confiscated Palestinian lands, and wineries in Binyamin Regional Council’s settlements including the Gush Etzion Winery, Psagot Winery and Anatot Winery. 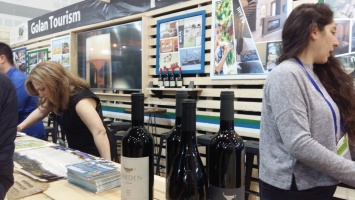 Israel’s appropriation of lands for the construction and zoning of residential, industrial and agricultural settlements in the OPT, represents a manifest breach of international law. In this vein, UN Security Council Resolution 2334 (2016) has condemned “all measures aimed at altering the demographic composition, character and status of the Palestinian Territory occupied since 1967, including East Jerusalem, including, inter alia, the construction and expansion of settlements, transfer of Israeli settlers, confiscation of land, demolition of homes and displacement of Palestinian civilians, in violation of international humanitarian law and relevant resolutions”. In February 2019, UN Secretary General António Guterres, reiterated that “settlements are illegal under international law”.[13]

Appositely, settlement enterprises, including tourism services, which fuel the expansion of Israel’s settlements and incentivises the transfer in of settlers constitutes a war crime under international law. Further, the alteration of facts on the ground, amounts to an aiding and abetting of the continuation of serious war crimes and crimes against humanity in the OPT. In this vein, the Report of the UN Secretary General has indicated that Israel’s provision of socioeconomic services to facilitate the transfer in of settlers into the OPT is “prohibited under international humanitarian law”.[14] Accordingly, the Office of the Prosecutor of the International Criminal Court 2018 report on the Preliminary Examination, explained that the Office is focussing its analysis on alleged war crimes committed in the OPT, namely the Israeli authorities “the settlement of civilians onto the territory of the West Bank, including East Jerusalem, and the forced removal of Palestinians from their homes”.[15]

Notably, a UN Human Rights Council report proposed that the advertisement and provision of settlement tourism services and corporations involved in the tourism industry “play a central role role in furthering the establishment, maintenance and expansion of Israeli settlements” and in doing so “they are contributing to Israel’s confiscation of land, facilitate the transfer of its population into the Occupied Palestinian Territory, and are involved in the exploitation of Palestine’s natural resources”.[16] For this reason the UN Human Rights Council has mandated the compilation of a Database on businesses involved in settlement activities.[17] In this vein, the report of the UN High Commissioner for Human Rights, specifically identifies, “the tourism industry, including tour companies, online accommodation and travel booking sites, and rental car companies, all of which help to make the settlements profitable and sustainable” as businesses which may contribute to and benefit from the establishment, maintenance and growth of settlements, in violation of international law.[18]Al-Haq warns that tour operators, travel agents and businesses promoting settlement tourism, for the benefit of settlers illegally transferred in to colonise the Palestinian territory, may be complicit in fueling the furtherance of Israel’s unlawful settlement enterprise. Al-Haq calls on international tour operators, tour agents and online booking sites, to refrain from doing business with the settler councils and forgo visiting Israeli settlements, which violate international law.

[8] The Company for the Reconstruction and Development of the Jewish Quarter. This is the only government-owned company in the Old City area in Jerusalem. The company was founded in 1969 after the “liberation of Jerusalem, in order to rebuild the Jewish Quarter” and for development.

[10] Field Research on File with Al-Haq; Ofra Field School, Society for the Protection of Nature in Israel

[16] HRC/37/39, Database of all business enterprises involved in the activities detailed in paragraph 96 of the report of the independent international fact-finding mission to investigate the implications of the Israeli settlements on the civil, political, economic, social and cultural rights of the Palestinian people throughout the Occupied Palestinian Territory, including East Jerusalem, para 42

[17]  Human Rights Council resolution 31/36 on Israeli settlements in the Occupied Palestinian Territory, including East Jerusalem, and in the occupied Syrian Golan