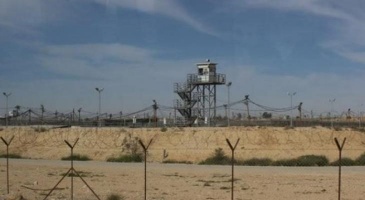 On Monday, 25 March, Al-Haq sent an urgent letter to the Head of Mission of the International Committee of the Red Cross (ICRC), Mr. David Quesne, regarding the attacks against Palestinian prisoners in Israeli prisons, particularly those taking place in Al-Naqab Prison since Sunday, 24 March 2019. In the letter, Al-Haq called on the ICRC to immediately intervene to: halt further attacks against Palestinian prisoners; ensure the protection of their rights to life and health, including access to adequate healthcare, medical services, and treatment; and to determine the health condition of injured Palestinian prisoners, and to inform their families accordingly.

Al-Haq's letter highlighted the obstruction of access to information and updates from Al-Naqab Prison by the Israeli occupying authorities and by Al-Naqab Prison Administration, referencing Addameer's statement on the situation of prisoners therein. According to Addameer, the Israeli occupying forces (IOF) raided Unit 4 in Al-Naqab Prison on 24 March 2019, resulting in the injury of several Palestinian prisoners, some of whom were transferred to hospitals. Confrontations erupted between the prisoners and Israeli forces, with the latter claiming that two prisoners have allegedly stabbed two members of its forces. The letter further stated that according to the Palestinian Prisoners Club, 240 prisoners from Units 4 and 7 of Al-Naqab Prison were restrained in the prison's outdoor yard overnight.

While acknowledging the responsibility of Israel, as Occupying Power, for the life, safety and well-being of Palestinian prisoners detained in Israeli prisons, Al-Haq requested that the ICRC act in accordance with its mandate, including that relevant to Palestinian prisoners in Israeli prisons and detention centres. Accordingly, Al-Haq called on the ICRC to immediately intervene to stop the attacks, the use of force, and further escalations against Palestinian prisoners in Israeli prisons. Al-Haq also called on the ICRC to acquire relevant information from the Israeli authorities, such as the names of the injured prisoners and their health conditions, including those transferred to hospitals, and to immediately provide such information to the prisoners' family members and concerned human rights organisations. Al-Haq further called on the ICRC to ensure that injured prisoners are provided with the highest attainable standard of physical and mental health, including access to medical treatment and services, without any discrimination, as enshrined under international law.

Lastly, Al-Haq recalled that Palestinian prisoners continue to be illegally transferred to Israeli prisons outside the Occupied Palestinian Territory, which is prohibited under international humanitarian law and amounts to a war crime of unlawful deportation or transfer.