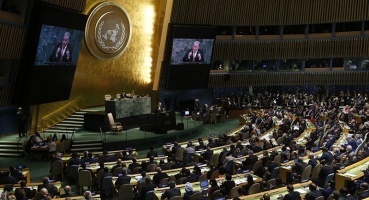 “Should our calls for the protection of Palestinian protesters remain unanswered, the international community will have sided with impunity over accountability. It is time to implement the recommendations of the UN Commission of Inquiry on the 2018 OPT Protests and to take meaningful action to address the root causes of the Great Return March.”

Between 26 and 27 March 2019, Al-Haq, along with other Palestinian, regional and international organisations, sent letters to the diplomatic community in the occupied Palestinian territory (OPT), to the United Nations (UN) Secretary-General and High Commissioner for Human Rights, and to the UN Special Procedures ahead of 30 March 2019, calling on them to take action ahead of the one-year commemoration of the Great Return March, to ensure that their rights to life and to freedom of peaceful assembly are protected.

Since 30 March 2018, the Israeli occupying forces have systematically and deliberately resorted to lethal and other excessive force to suppress the Great Return March in the occupied Gaza Strip, having killed 197 Palestinians within the context of the demonstrations, including 42 children, seven persons with disabilities, three paramedics, and two journalists. In addition, over 29,000 Palestinians have been injured according to the World Health Organization,[1] including over 6,500 by live ammunition, of whom more than 1,200 have been left with complex limb injuries requiring multiple surgeries and long-term follow up.

Last May, Al-Haq and human rights organisations sent an open letter to the UN ahead of the 70th commemoration of the Palestinian Nakba, as part of the Great Return March. The UN failed to take action to prevent the brutal killings and massive suppression of peaceful demonstrators in the Gaza Strip on 14 May.

As large-scale civilian protests are expected to take place, once again, on and around 30 March 2019, we urge the international community to take meaningful action to prevent further unnecessary loss of life and injury by the Israeli occupying forces, which entails individual criminal responsibility, as found by the UN Commission of Inquiry on the 2018 OPT Protests.

In this context, Israel must be strictly reminded of its obligation under international human rights law not to resort to lethal and other excessive force against Palestinians participating in the “Great Return March”, and to ensure the protection, in particular, of individuals with special protected status under international law, including children, persons with disabilities, health workers, and journalists.

In light of the above, the Palestinian, regional, and international human rights organisations and civil society have urged the UN Secretary-General and the UN High Commissioner for Human Rights to immediately take action to ensure the protection of Palestinians ahead of the one-year commemoration of the Great Return March in the Gaza Strip.

[1] WHO, “WHO appeals for US$ 5.3 million to respond to trauma and emergency care needs in Gaza”, 18 March 2019, available at: http://www.emro.who.int/palestine-press-releases/2019/who-appeals-for-us-53-million-to-respond-to-trauma-and-emergency-needs-in-gaza.html.