President of the State of Palestine

President of the Executive Committee of the PLO

RE: Inviting President Barack Obama to Meet with your Excellency in Jerusalem

As Palestinian human rights organisations dedicated to the promotion and protection of human rights in the Occupied Palestinian Territory (OPT), we, the undersigned, welcome your efforts to bring the legitimate demands of the Palestinian people to the international stage, including the demands for dignity, territorial sovereignty and self-determination. This was most recently highlighted by action at the United Nations General Assembly resulting in Palestine being accorded “non-member observer State status”. This upgrade succeeded despite the objections of some States, and their attempts to coerce the Palestinian leadership to abandon this action. 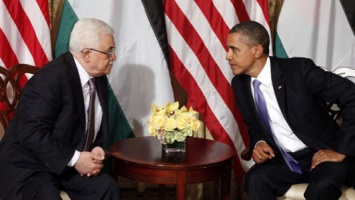 The Palestinian Human Rights Organisations Council (PHROC) is deeply concerned by the prospect, due to President Obama’s scheduled visit in late March, of Palestinian backtracking from efforts aimed at acceding to international legal mechanisms and conventions. In this context, the council reaffirms its position that international law should not just inform and facilitate the process of negotiations, but must constitute the foundation upon which all negotiations are based. The time has come for the Palestinian leadership to implement a comprehensive legal strategy founded upon the principles of international law. The representatives of the Palestinian people must stand firm in the face of the political pressure imposed by States aiming to compel them to disregard international law in their efforts to secure Palestinian rights.

The previous failure to position international law as the fundamental framework for any political solution to the conflict has permitted various State actors, and the United Nations, to snub international human rights and humanitarian law in their relations with Israel. The prioritisation of political negotiations over international law for the last twenty years has led States to ignore their international legal obligation to hold the perpetrators of international crimes accountable for their actions. Instead, most State actors continue to hold justice hostage to the political will of the Israeli government and to obstruct recourse to justice for Palestinian victims.

Throughout the 46 years of occupation, and especially during the last 20 years of failed negotiations, Israel has used its effective control over the OPT to implant some 200 settlements, currently home to over 500,000 settlers. These settlements control over 40 per cent of the West Bank, including essential natural resources such as water. The aim of these settlements is to permanently deny the Palestinian population the exercise of their right to self-determination by fragmenting the territory of the OPT and by preventing the Palestinian people from exercising sovereignty over their natural resources. A most blatant example of these efforts is Israel’s plan to expand settlement blocs into the area known as E1, completely separating East Jerusalem from the rest of the West Bank.

Israel’s denial of Palestinian self-determination, colonial practices, and implementation of a system of apartheid in the OPT, constitute serious violations of peremptory norms of international law. As such, all States are under an obligation, as set forth in Article 41 of the International Law Commission’s Draft Articles on State Responsibility, not to recognise the situation as lawful, not to render aid or assistance in maintaining the unlawful situation, and to cooperate to bring the illegal conduct to an end. Despite these obligations, and even though the international community and multiple UN bodies, including the International Court of Justice, clearly reject Israel's unilateral annexation of occupied Palestinian territory, including East Jerusalem, concrete measures have yet to be taken to reverse Israel’s policies.

The report by the independent International Fact-Finding Mission on Israeli Settlements, to be presented to the United Nations Human Rights Council only a few days before President Obama’s visit, is the most recent example of a UN document concluding that Israel’s settlement policies in the OPT violate peremptory norms of international law. PHROC fully endorses the report and urges the Palestinian Liberation Organisation (PLO), as the representative of the Palestinian people, to strive to ensure the full implementation of its recommendations, especially those pertaining to the obligations and responsibilities of Third States, by promoting a strong resolution at the UN Human Rights Council. The Palestinian leadership must avoid the mistakes made with the UN Fact-Finding Mission on the Gaza Conflict, which was sidelined for reasons of political expediency.