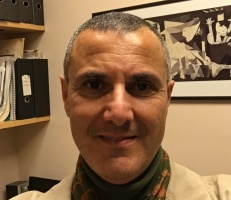 On 10 April 2019, Omar Barghouti, a prominent Palestinian human rights defender and co-founder of the Boycott, Divestment and Sanctions Movement for Palestinian rights (BDS), was denied entry to the United States (US) at Ben Gurion Airport in Tel Aviv, despite having the required valid travel documents. So far, Barghouti has not been notified as to why he has been denied entry to the US.

This month, Barghouti was scheduled to carry out a speaking tour in the US, where he studied and lived for many years, including public events at various universities and meetings with US policy makers, leaders and journalists. After his speaking tour, Barghouti had planned to attend his daughter’s wedding in Texas.

The denial of Barghouti’s entry to the US is indicative of a broader regressive shift in US policy towards the Palestinian people. The US is now targeting human rights defenders and activists who work on the issue of Palestine, particularly those who advocate for the BDS movement. In recent years, 27 US States have adopted laws targeting companies that choose to boycott Israel. Meanwhile in February 2019, the US Senate passed a bill supporting such measures.[1]

Critically, the BDS movement is a peaceful resistance and solidarity movement, based on the principles of accountability, to ensure Israel’s compliance with its international law obligations. It broadly represents and has the consensus of Palestinian civil society, who endures continuous and persistent Israeli violations. The denial of Barghouti to travel to the US is premised on ideological and political grounds and the deprivation of his right to call for a Boycott, Divestment and Sanctions on Israel. It amounts to a violation of his right to freedom of expression, as well as an infringement on his rights to academic freedom, rights notably protected under the First Amendment of the US constitution and international law.

The US measure follows a series of continued attacks by Israel to silence the BDS movement, human rights defenders and activists. In 2016, the Israeli authorities refused to renew Barghouti’s travel documents and threatened the revocation of his permanent residency status in Jerusalem, a punitive measure to thwart the BDS movement. In 2017, Barghouti was smeared by a series of inflammatory and defamatory statements from Israeli officials intended to tarnish his reputation and undermine his work.[2]

The Palestinian Human Rights Organisations Council (PHROC) condemns all practices and policies designed to hinder the work of human rights defenders, also affirms Barghouti’s right to participate in and call for BDS, in line with human rights standards and international law, including the right to freedom of expression and the right to hold opinions without interference.[3] Accordingly, PHROC calls on States and all relevant stakeholders to ensure respect for the human rights of defenders and activists, including Barghouti and other BDS advocates, to exercise their freedom of speech and opinion, and ensure their protection against arbitrary measures, restrictions and assault in their pursuit of freedom and justice. 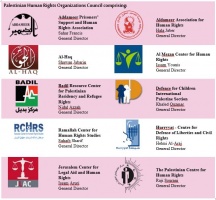