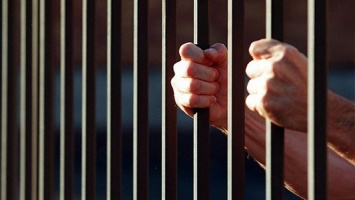 On 26 March, Al-Haq documented the release of a Palestinian civilian, Hisham ‘Ashour ‘Abd-al-Malek, 40, who was arbitrarily arrested on 24 March by the Palestinian Internal Security Services in Beit Lahiya, North Gaza governorate. In the 48 hours following his arrest, Hisham was kept hooded, prevented from sleeping and forced both to stand up with his arms uplifted and to sit on a small iron chair. Additionally, Hisham was not informed of the reasons of his arrest and was prevented from seeing a lawyer.

At approximately 1:00 pm, two Internal Security officers transferred Hisham to a different Internal Security facility, named ‘Qasr al-Hakem,’ west Gaza City. Upon arrival at the headquarters, one of the officers placed a hood on Hisham’s head and forced him into the building. Hisham immediately objected to this treatment and declared that he was starting a hunger strike to protest his arbitrary arrest. Subsequently, an Internal Security officer took Hisham to a cell and ordered him to stand up, lift his arms and not to move. Hisham was forced to remain in this position for about ten hours. Afterwards, Hisham was commanded to sit on a small metallic chair where he was left for approximately six hours. In addition to the forced positions, Hisham was kept hooded and was deprived of sleep for the duration of his detention. Despite repeatedly asking the security officers to explain why he had been arbitrarily arrested and detained, Hisham received no clarification.

On the morning of 26 March, Hisham was taken to an interrogation room where an Internal Security officer questioned him about a charity association – ‘Al-Baqiyat al-Salahat – that was closed two years ago by the Internal Security in the Gaza Strip and of which he was the Chairman of the Board of Directors. After the interrogation, Hisham was blindfolded and forced to sit in a small cell, two-metres high and 120 centimetres wide for several hours.

Later that day, the Chief of the Internal Security Services from the Ministry of the Interior, Salah Abu Sharkh, visited the facility in Gaza City to inspect the detention centres. When the General Director saw Hisham and was informed about his arbitrary arrest and the conditions of his detention, he ordered his immediate release. Shortly afterwards, at approximately 2:30 pm, Hisham was released and returned home.

Al-Haq condemns the arbitrary arrest and ill-treatment endured by Hisham during his detention at the hands of the Palestinian Internal Security Services. The Palestinian authorities in the Gaza Strip must immediately halt any form of arbitrary arrest, ill-treatment and torture of detainees. Additionally, all persons deprived of their liberty must be treated with dignity and free from physical and psychological abuse, as established under international human rights law.