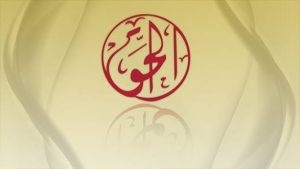 Al-Haq’s field documentation into the killing of Othman Ahmad Ladadweh,33 , a resident of Al-Mazra’a Al-Gharbiyya village in the Ramallah Governorate in the occupied West Bank, on Friday, 26 October 2018, has revealed that Israeli Occupying Forces (IOF) who opened fire at Muhammad and other Palestinian protesters in the area aimed at harming as many Palestinian protesters as possible. Al-Haq reached this conclusion following its field documentation and follow-up, in addition to the review of eyewitness accounts, affidavits, and further available evidence, which showed that an Israeli soldier opened fire continuously and in a half-circle-shape towards protesting Palestinian youth, from a close distance, leading to the killing of 28-year-old Muhammad Shreiteh, and the injury of eight Palestinians, one of whom was seriously injured.

According to Al-Haq’s documentation, on Friday, 26October 2018, at approximately 2:00 pm, the IOF opened fire at some 200 Palestinians who were protesting in the area of Al-Na’lan mountain, north-west of Al-Mazra’a Al-Gharbiyya village in the Ramallah Governorate, where the local Palestinian population had established a public park to protect the area from take-over by Israeli settlers, who had been targeting the area for further settlement expansion since the beginning of 2018. The IOF unit deployed in the area consisted of Israeli soldiers and Border Police, who intended to secure the protection of Israeli settlers who were approaching the area of the protest.

In an attempt to disperse the crowd of Palestinians, the IOF excessively fired tear gas canisters, sound grenades, and shot rubber bullets towards Palestinian youth who threw stones at the soldiers. The IOF injured five of the youth with rubber bullets, while another youth was injured in the shoulder by a direct tear gas canister hit. In addition, Al-Haq documented tens of injuries as a result of tear gas inhalation. As a result of the IOF’s excessive use of force, the assembly was dispersed and the youth ran down to the valley that separates  Al-Na’lan mountain and the nearby Al-Mazra’a Al-Gharbiyya village, while the IOF remained on top of the mountain.

At around 4:00 pm, the IOF started to withdraw from the top of the mountain, heading down to the nearby Israeli settlement of Kerem Eilam, from the surroundings of which the soldiers had initially been deployed. At the rear of the withdrawing unit were about ten Israeli Border Police members, who it seemed, were there to ensure the protection for the soldiers returning towards the settlement. As the unit was withdrawing, Palestinian youth approached the Border Police members and began to throw stones at them from a close distance. At that point, the Border Police members immediately fired live ammunition in a half circle shape, shooting continuously and directly at the youth who threw stones, and not stopping once they had fallen to the ground whether as a result of injury or to avoid the stream of bullets being shot towards them. A number of youth were targeted while running towards and attempting to provide help to the injured, while others were targeted from behind while running away, indicating that IOF’s intention was to cover a maximum possible area with bullets and to harm as many Palestinians as possible.

At that moment, Othman Ahmad Ladadweh ,  was shot with a bullet in his thigh, which penetrated towards his abdomen. Another eight Palestinians were injured as a result of live ammunition, amongst them 28-year-old Muhammad Ibrahim Shreiteh, who was shot in the head and further sustained injuries in the chest and limbs.

The incident, which took place on 26 October 2018, north-west of Al-Mazra’a Al-Gharbiyya, does not seem to have been unrelated to another incident that took place on 24 October 2018  in Tammoun village, in the Tubas Governorate, where 22-year-old Muhammad Mahmoud Bisharat was shot and killed by the IOF and a number of others were injured in similar circumstances, amongst them one serious injury. There too the IOF had shot excessively towards the youth who were throwing stones at Israeli soldiers, while they were raiding the town. In both cases, which occurred relatively close in time, the IOF excessively opened fire towards Palestinian protesters from a close range, aiming at maximizing the number of injuries and possibly deaths amongst them.

In light of the above, the conduct of the IOF in both cases and the killings of Muhammad Shreiteh in the area of Al-Na’lan mountain and of Muhammad Bisharat  in Tammoun village amount to an arbitrary deprivation of life, in violation of Article 6 of the International Covenant on Civil and Political Rights (ICCPR), by which the Israel, as Occupying Power, is bound in the Occupied Palestinian Territory (OPT). Notably, Muhammad Shreiteh and Muhammad Bisharat were killed as a result of the IOF’s excessive and disproportionate use of force, in violation of the United Nations Code of Conduct for Law Enforcement Officials, which requires that “[l]aw enforcement officials may use force only when strictly necessary and to the extent required for the performance of their duty”,[1].  Moreover, the killing of  Ladadweh on 26 October and Bisharat on 24 October may, given the circumstances, further amount to a wilful killing, a grave breach of the Fourth Geneva Convention applicable in the OPT, and a war crime falling within the jurisdiction of the International Criminal Court.[2]

Accordingly, Al-Haq warns against this serious escalation in Israel’s use of force against Palestinian protesters in the OPT, and calls on the Israeli army to conduct genuine, transparent, and effective investigations into the killings of Muhammad Shreiteh and Muhammad Bisharat, and to make public the Israeli army’s live fire regulations and order related to the IOF’s use of force, including lethal force, against Palestinians in the OPT.