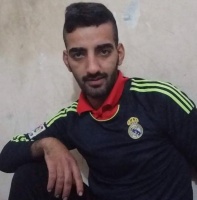 As the world celebrated the annual International Day of Persons with Disabilities on 3 December, reaffirming the global commitment to working towards inclusive societies conducive to the full realisation of the rights of persons with disabilities, Israel wilfully killed 22-year-old Muhammad Hussam Habali, a registered person with disability by the International Disability Alliance. Muhammad is amongst seven Palestinians with disabilities to have been killed by the Israeli Occupying Forces (IOF) since the beginning of 2018 in the Occupied Palestinian Territory (OPT).[1]

On Tuesday, 4 December 2018, at around 1:30 am, an IOF unit, consisting of approximately 60 soldiers on foot, carried out a military incursion on the occupied city of Toulkarem, northwest of the West Bank. The IOF had raided the city through the Israeli Sana’ouz checkpoint, west of the city, under the pretext that they were searching for Ashraf Waleed Nau’lah, 23, who carried out an attack in the Israeli industrial settlement in Salfit on 7 October 2018.[2] During the night-time raid, the soldiers walked towards the end of the City’s Yaffa Street, where they raided and searched Palestinian homes, empty lands, and an abandoned house in the area, located in front of the Palestine Technical University – Kadoorie.

At around 2:00 am, the IOF moved further towards the western part of Yaffa Street, as Palestinian youth stood in the eastern part of the street. The youth confronted the Israeli soldiers by throwing stones, to which the IOF responded by shooting tear gas canisters and live bullets. At that time, Muhammad Hussam Habali, 22, was also present among the youth in the area where confrontations were taking place.

Muhammad, a resident of Toulkarem Refugee Camp, was born with a mental disability, which left him with difficulties recognizing his surroundings and identifying threats and risk consequences. Muhammad worked at a coffee shop in the Café area on Yaffa Street, the same area where confrontations were taking place between the youth and the IOF. At about 2:30 am, the youth stopped throwing stones, given the arising danger as a result of the short distance between them and the soldiers, as well as the soldiers’ use of teargas canisters and live bullets against them.

After the confrontations ceased, the IOF continued with their searches in the area. At the time, Muhammad was seen walking with a wooden stick, headed towards the western side of Yaffa Street, when he was shot behind his left ear in the head by the IOF,[3] killing him on the spot, at about 2:50 am.[4] Muhammad was about 80 metres away from the IOF when he was shot, on the eastern side of Yaffa Street, near the Café where he worked. It should be noted that the streets were well lit and that the vision was clear, and no confrontations were taking place, as recorded on surveillance camera footage, at the time of the shooting. The video footage captured, as released by B’Tselem, clearly shows that Muhammad posed no threat to the lives of Israeli soldiers at the time he was shot and killed.

Two minutes after the shooting, Palestinian youth transferred Muhammad’s body in a private car to the emergency room at the Toulkarem Public Hospital (Martyr Thabet Thabet Hospital). There, doctors performed cardiopulmonary resuscitation on Muhammad to no avail, as Muhammad had already died. As confirmed by the Hospital’s medical report into Muhammad’s death, Muhammad was shot by a live bullet in the head, entering through the rear side of his left ear, exploding and causing erosion and severe bleeding in the brain and head. Muhammad’s body was examined by a forensic pathologist in the presence of the Toulkarem Public Prosecutor, shortly after the killing took place.[5]

Following Muhammad’s killing, no further shots were fired. However, the IOF remained in Yaffa Street and its surrounding areas and continued their search until approximately 3:15 am that the same day. Although the IOF shot and killed Muhammad that night, the soldiers did not approach the site where Muhammad was killed to carry out investigations until around 2:00 am the following day. At the time, the IOF unit interrogated people present, then raided Al-Sabbah Restaurant, in front of which Muhammad was shot, also interrogating the owner and an employee of the restaurant about Muhammad’s killing.

The lethal firing of a live bullet at Muhammad’s head, as an unarmed and protected civilian, posing no threat or harm to the lives of IOF soldiers, constitutes indiscriminate, unnecessary, disproportionate, and excessive use of lethal force. As such, the conduct of the IOF violates Article 51 of Additional Protocol I to the Geneva Conventions of 1949 on the protection of civilians, which provides that “the civilian population and individual civilians shall enjoy general protection against dangers arising from military operations”. Article 51 is considered reflective of customary international humanitarian law prohibiting indiscriminate attacks against civilians.[6] Moreover, the circumstances in which Muhammad was targeted with lethal force, from a distance of about 80 metres with clear vision, may amount to wilful killing and a grave breach of the Fourth Geneva Convention under Article 147, establishing the elements of a war crime under the Rome Statute of the International Criminal Court (ICC).[7]

In addition, the United Nations (UN) Code of Conduct for Law Enforcement Officials prohibits the use of force unless “strictly necessary and to the extent required for the performance of their duty.”[8] Moreover, the UN Basic principles on the Use of Force and Firearms by Law Enforcement Officials, provide that “[l]aw enforcement officials shall not use firearms against persons except in self-defence or defence of others against the imminent threat of death or serious injury, to prevent the perpetration of a particularly serious crime involving grave threat to life.”[9]

The killing of Muhammad violates the right to life, under Article 6(1) of the International Covenant on Civil and Political Rights (ICCPR), by which Israel, as Occupying Power, is bound in the OPT. In addition, the conduct of the IOF is in breach of Israel’s obligation “to promote, protect and ensure the full and equal enjoyment of all human rights and fundamental freedoms by all persons with disabilities, and to promote respect for their inherent dignity”,[10] under Article 1 of the UN Convention on the Rights of Persons with Disabilities (CRPD), which Israel ratified in 2012. Muhammad’s killing notably violates Article 10 of the CRPD, which reaffirms the right to life of persons with disabilities and requires States Parties to “take all necessary measures to ensure its effective enjoyment by persons with disabilities on an equal basis with others.” Finally, Muhammad’s killing also violates Article 11 of the CRPD, which calls on States Parties to consider their obligations under international human rights and humanitarian law in situations of armed conflict, and to take “all necessary measures to ensure the protection and safety of persons with disabilities” in such contexts.

In light of the above, Al-Haq strongly condemns Israel’s continued violations of the rights of Palestinians, stressing the need for international action and pressure on Israel to comply with its duties, as Occupying Power, under international law. Considering the prevailing climate of impunity for human rights violations committed in the OPT, including those which may amount to international crimes, Al-Haq reaffirms its call on the Office of the Prosecutor of the ICC to proceed with a full investigation into the situation in Palestine,[11] including into allegations of wilful killings perpetrated by Israeli forces in the OPT. Only by holding perpetrators responsible for violations and suspected crimes, can genuine protection for the Palestinian people be realised.

[1]According to Al-Haq’s Monitoring and Documentation Department (MDD), as of 15 December 2018.

[2] On 13 December 2018, Ashraf Waleed Na’ulah, 23, was killed by the IOF following a military raid on ‘Askar Refugee Camp in Nablus City.

[3] The incident of killing Muhammad was filmed by one of the restaurants’ cameras (Al-Sabbah restaurant) in the Café’s area, available at: https://www.youtube.com/watch?v=HjfzPgVtzwM,

[5]Al-Haq Field Report on the Killing of Muhammad Habali, 6 December 2018.

[9] Principle 9, UN Basic Principles on the Use of Force and Firearms by Law Enforcement Officials (1990).

[11] See, recently, Adri Nieuwhof, “Israel enraged by French human rights prize” (14 December 2018), available at: https://electronicintifada.net/blogs/adri-nieuwhof/israel-enraged-french-human-rights-prize (“‘I trust the professionalism and independence of the [ICC] prosecutor,’[Al-Haq’s General Director Shawan] Jabarin said. ‘My message to her is that time flies and suffering continues. It is time for her to proceed.’”)