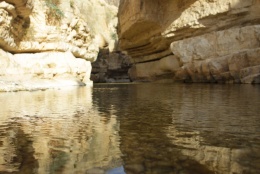 On 2 June 2021, Al-Haq met with the United Nations (UN) Special Rapporteur on the human rights to safe drinking water and sanitation, Mr. Pedro Arrojo-Agudo, to brief him on the human rights situation relevant to water and sanitation in the Occupied Palestinian Territory (OPT). In the meeting, Al-Haq affirmed that since 1967, Israel has continued to consolidate and expand its domination of the Palestinian people through its discriminatory and unlawful policies around the control and distribution of water. Al-Haq also stressed that when discussing Israel’s discriminatory policies, including those related to water and sanitation, Israel’s systemic oppression and racism, inherent in its settler colonial and apartheid regime over the Palestinian people as a whole, must be kept in mind.

In the meeting, Al-Haq cited Israel’s control over the OPT’s three main natural water supply sources, and the extensive restrictions and exploitation they have been subject to by the Israeli Occupying Forces (IOF), and by Israel’s national water company, Mekorot. The meeting also focused on the systematic denial of access to clean, safe and affordable water for Palestinians living in the occupied West Bank, in favor of providing access to illegal Israeli settlements. In doing so, Al-Haq discussed Israel’s apartheid policies and practices, including the building of the Annexation Wall and its impact on Palestinians’ access to water resources, as well as the demolitions of water and sanitation infrastructure by the IOF.

Al-Haq also addressed the human right of access to water for Palestinians in the context of the COVID-19 pandemic, which has presented a disproportionate threat to the Palestinian people, deliberately denied for decades the right to develop a functioning healthcare system as a result of apartheid policies and practices imposed by Israel’s occupation. The briefing on the situation in the context of the pandemic included reference to the OPT’s fragmented and fragile healthcare system, particularly in the Gaza Strip, where Israel’s illegal 13-year closure has led to the de-development, if not the collapse, of the health sector.

Al-Haq concluded by reaffirming that Israeli Water-Apartheid constitutes a systemic attack on the Palestinian people’s right to water and sanitation, as well as a concerted assault on the broader right of Palestinians to the highest attainable standard of health. Al-Haq encouraged the Special Rapporteur to further investigate the ongoing violations of the human rights to water and sanitation in the OPT, and to include the findings of such investigations in his next report to the UN Human Rights Council.