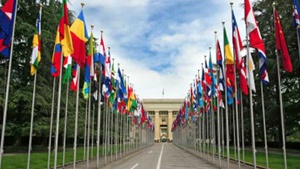 Today, 18 March, Al-Haq presented two oral statements, including one on behalf of the Palestinian Human Rights Organizations Council (PHROC)*, to the United Nations (UN) Human Rights Council for its 22nd session during the General Debate on “Item 7: The Human Rights Situation in Palestine and other occupied Arab territories,” where the report of the UN Fact-Finding Mission on Israeli Settlements in the Occupied Palestinian Territory (OPT) was presented today.

The joint oral statement highlights the significance of the report of the UN Fact-Finding Mission on Israeli Settlements, which reiterates Third-Party States responsibilities stemming from Israel’s breaches of peremptory norms of international law, such as the violation of the right of the Palestinian people to self-determination.

Al-Haq’s oral statement calls on the Human Rights Council to address Israel’s ill-treatment of Palestinian prisoners in Israeli jails by outlining a course of action that aims to ensure that Israel is no longer permitted to ignore its legal obligations with regard to Palestinian political prisoners.

On 11 February, Al-Haq also submitted two written statements; one on behalf of the PHROC on “The Facilitation of Israel’s Steady Retreat from International Accountability,” and another one on the issue of Israel’s Illegal Settlement Enterprise Breaches Peremptory Norms of International Law.

Once again, Al-Haq and PHROC urge the Human Rights Council and individual States to uphold their legal obligations with regard to Israel’s violations of peremptory norms of international law, which entail the responsibility of Third-Party States not to recognise Israel’s conduct as lawful; not to render aid or assistance in maintaining the illegal situation and to cooperate to bring it to an end.