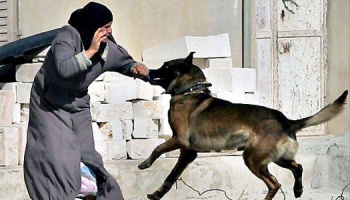 The arbitrary arrest and detention of Palestinians by Israeli forces is a reoccurring issue in the weekly field reports gathered by Al-Haq. These arrests usually take place in the form of house raids between 11:00 pm and 2:00 am causing panic and shock to families. In some incidents, tear-gas and/or sound bombs are thrown into houses. Other incidents involve the use of military dogs and intensive house searches. In some cases, computers, documents and money are “confiscated” and furniture is destroyed.

House raids are also used by Israel as tactics of harassment, as was the case during the week of 14 – 20 November when the Israeli army raided the houses of Palestinian ex-prisoners to let them know they were being watched. This week alone, tens of houses were raided during arrest operations in Jenin refugee camp and the village of Yatma, south of Nablus.

The arbitrary arrest and detention of Palestinians in the Occupied Palestinian Territory continues to infringe upon their human rights. During last week, a woman and her 17-year-old son were attacked during an arrest operation.

On 21 December, Israeli occupying forces unleashed an army dog on 47-year-old Amira Rahman ‘Awad during a raid on her sons’ house in Ithna, Hebron. The events took place at around 1:20 am when Israeli soldiers stormed into Amira’s house and threatened to bombard her sons’ house located across from hers. According to Amira, the soldiers came to arrest her eldest son Samer Issa ‘Awad (24 years old) who had served an eight-year sentence in an Israeli prison for being an active member of Hamas.

Issa Muhammad ‘Awad, Amira’s husband told the soldiers that his son Samer was sick but will be right down nonetheless. As Samer’s father was talking to the soldiers, Samer, shouted through the window that he would come down immediately to speak with the soldiers. Yet, Israeli forces threw immediately a sound bomb at Samer’s house and then entered forcefully to arrest him.

During the actual arrest, Amira was ordered by the soldiers to go inside her house, as her sons Samer and Muhammad were being handcuffed and blindfolded. She complied and stood behind the house door that she kept partially open. The soldiers then called on Amira’s 17-year-old son Jarallah who went inside the house to put more clothes on.

Moments after the door to the house was wide open, the Israeli soldiers let loose an army dog described by Amira as being big and similar looking to a wolf. The dog bit her arm and did not let go for about five minutes. Her son Jarallah approached her after hearing her screams and tried to move the dog away from her.

Jarallah finally managed to stop the dog from biting his mother but it then moved on to bite a part of Jarallah’s arm and kept on doing so for about three minutes until the soldiers came into the house and pulled the dog away. The soldiers then beat Jarallah and shoved him against the wall.

Amira had lost consciousness due to her injury and was taken to hospital. The doctors told her that there was some nerve damage caused by the bite. Jarallah also went to check on his arm a day after the incident and found that he had fractured two of his fingers.

When Amira’s husband, Issa Muhammad ‘Awad, learned of what had happened, he approached the soldiers and demanded the name of the military unit and the solider responsible for setting the dog loose on his wife and son. His demands were dismissed and no names were given to him.

Amira’s son Samer was released the next day at around 3:30 pm.