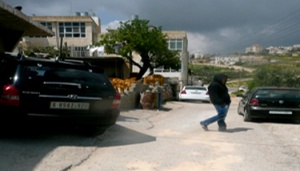 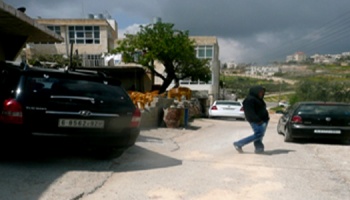 The residents of Rammoun, a Palestinian village that is located 12 kilometers to the east of Ramallah (Area B), are mainly farmers and raise sheep for a living. Over the past few years, the villagers’ cattle and sheep have been frequently targeted for theft. In the very early hours of 27 March, three brothers, Anwar Theeb Shawakha (38 years old), Akram Theeb Shawakha (36 years old) and Rashad Theeb Shawakha (28 years old) saw two men loitering near their houses. When the brothers left their house to check if they were thieves, they were shot multiple times by Israeli soldiers and agent in disguise. The Israeli army at the scene transferred the brothers to a hospital in Jerusalem after a delay of several hours; and, Rashad died few days later due to the severity of his wounds. Al-Haq is gravely concerned about the blatant disregard for international law showed by Israeli agents during the incident.

According to Al-Haq’s field investigation, at around 2:00 am, Akram phoned his two brothers Anwar and Rashad to inform them that there were two men standing some 50 meters away from their houses. He was afraid that they were thieves who wanted to steal their cars or sheep. According to Akram and Anwar, the two men were wearing civilian clothes and did not look familiar to them. Akram and Rashad left their houses first carrying a knife and a baton for self-defence and Anwar followed. By the time the two brothers reached them, the two men were standing only 20 meters from the Shawakha family homes. A quarrel took place and Akram asked about the purpose of their presence and for their ID cards, to which one of the men answered, that they work in Rammoun and that he had personally bought land in the village. Given that these two men turned out to be Israeli agents in disguise, this clearly amounts to perfidy, which includes the feigning of civilian status, and amounts to a war crime under international humanitarian law.

Rashad grabbed one of the men by the shoulder, who responded by taking out a gun and shooting Rashad in the thigh. He then shot Akram, who was two meters away, twice in the abdomen. The second man took out his gun and pointed it at Anwar’s face. Anwar, who was only ten meters away from the Israeli agent in disguise, moved his head but was shot in the neck and fainted; he recalls waking up with blood coming out from his mouth and neck. An Israeli soldier asked him for his name and ID and Anwar could hear his two brothers screaming from pain nearby. Anwar lost consciousness again and only woke up in hospital.

While Akram was lying in pain on the ground, he saw Israeli masked soldiers surrounding the area. He told them that he was wounded and tried to reach for the lights of his garage but one of the soldiers shot him again in his abdomen and kicked him in the head. Akram then saw soldiers surrounding his brother Rashad and shooting him several times. It was later determined that Rashad had been shot seven times in his abdomen, hand and thigh.

Akram recalls that the soldiers put his brothers and him onto Israeli military ambulances and transferred them to a hospital in Jerusalem.

The following day, an Israeli intelligence officer wearing civilian clothes came, introduced himself to Anwar, and asked him about the incident. He told Anwar that one of his brothers tried to stab a soldier. Anwar replied that they thought they were talking to civilians and only brought the baton and knives for self-defence in case they were thieves. Anwar maintained that if the brothers knew that the men in civilian clothes were Israeli soldiers they would not have left their houses. The officer then told him that there had been a mistake and that the incident would be investigated.

Despite treatment, Rashad’s health continued to deteriorate and one of his feet had to be amputated. Rashad eventually died as a result of kidney failure on 2 April at 3:30 am.