Main Menu
Palestinian Prisoners near Death
Latest Topics
Al-Haq Sends Letter to An Taoiseach of Ireland, Micheál Martin, Urging Support for Occupied Territories Bill and the Recognition of the State of Palestine
Al-Haq and partners deliver an oral intervention at the 45th session of HRC on rights to safe drinking and sanitation
Open Letter: UAE and Bahrain’s Normalisation with Israel Incentivises Continued Colonisation of Palestine
Al-Haq Sends an Urgent Appeal Concerning Israel’s Tightening Restrictions and COVID-19 Outbreak in Gaza
Al-Haq Condemns Designations of International Criminal Court Prosecutor and Staff for Sanctions under US Executive Order 13928 as a Direct Threat to Justice in the Situation in the State of Palestine
Addameer and Al-Haq Send a Written Submission on Israel’s Failure to Protect Palestinian Prisoners Amidst COVID-19 Outbreak
Palestinian Prisoners near Death
- 24-30 April - Ref.: 99/2012
04، May 2012 On Palestinian Prisoner’s Day, 17 April, Palestinian prisoners in Israeli jails began a mass hunger strike. Subsequently, the protest has grown steadily and today, some 2,500 Palestinian political prisoners are participating in the most peaceful form of protest imaginable. Amongst them are eight prisoners in critical condition due to the fact that they have been conducting a hunger strike for up to 66 days.

This is the second mass hunger strike to take place in recent months due to the Israeli Prison Services (IPS) downgrading of detention conditions in September 2011. The political prisoners are once again calling for an end to practices that include prolonged isolation, administrative detention, restrictions on family and lawyers’ visits and inhuman treatment.

At the time of writing, Bilal Diyab and Tha’er Halahla, currently on their 66th day of hunger strike, confined to wheelchairs attended the Israeli High Court hearing regarding their administrative detention. Chairing the panel of Judges, Judge Amnon Rubenstein concluded that further revision of the “secret file” was required before a decision could be ruled and that both parties would be informed of the decision at a later date, without specifying when. 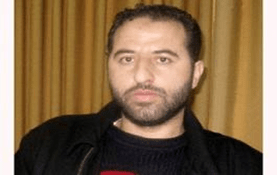 During the past week, Al-Haq met with Hasan Zahi Safadi’s brother Fou’ad. The 33-year-old political prisoner, Hasan, has been held under administrative detention since 29 June 2011 and has been on hunger strike for 59 days. Fou’ad and his family members were all denied permits by Israel to visit Hasan. Fou’ad recalls that his brother was held for 55 days for investigation in al-Jalama interrogation center. Hasan was then moved to Magiddo Prison where he served six months of administrative detention, followed by another six-month detention order issued on 3 March 2012. Hasan joined the hunger strike contesting the arbitrary practice of administrative detention against him and another 321 prisoners. As punishment, the IPS moved him from one prison to another and finally, put him in isolation in al-Jalama prison for 11 days.

According to Hasan’s lawyer, his client was physically assaulted inside the prison and his health condition has deteriorated due to the failure of the IPS to provide him with medical assistance. Only on 6 April, Hasan was transferred to al-Ramla Prison Hospital in order to receive treatment. Approximately 20 days later, the Israeli Appeal Court decided to keep Hasan in administrative detention for the full period of six months.

Despite the fact that Hasan’s health condition has deteriorated, he is determined not to end his hunger strike until he is released. (Al-Haq Affidavit No. 7285/2012)

The 39-year-old former prisoner was arrested in November 1993 from al-Nabi Saleh near Ramallah. Nizar was released as part of the Gilad Shalit prisoner exchange in October 2011. When arrested 18 years ago, he was questioned for 35 days and was subjected to physical and psychological abuse amounting to torture by his Israeli investigators. He was forced to sit for hours in one position with his hands and feet shackled with a plastic bag covering his face. After 24 days of investigation, Nizar was presented to a judge for a ruling on his case, his mother, who was attending the court hearing, was physically assaulted by a female soldier who pushed her to the ground with the butt of her rifle. Nizar’s mother was taken to hospital suffering a severe head injury and after two days, she died.  The Israeli interrogators used his mother’s death as a mean to persuade Nizar to confess. Nizar at the age of 21 was eventually sentenced to a one-life imprisonment.

During his detention, Nizar carried out five hunger strikes; in 1995, 1998, 2000, 2004 and 2011. He recalls that the first hunger strikes prior to the second Intifada were largely concerned with political demands to release all prisoners especially following the Oslo Accords. In the past, hunger strikes have only lasted for a maximum period of 20 days, in comparison to the present strikes, which are currently at an unprecedented period of 66 days and counting. In 2000, the prisoners demanded from the IPS the improvement of their detention conditions such as continuing their education and better quality and quantity of food. The IPS attempted to suppress their hunger strike however, after 20 days the prisoners successfully achieved the majority of their demands. Post 2004, the IPS made the detention conditions very difficult for the prisoners, such as restricted family visits, the imposing of fines, strip searches and physical assaults. During those times, many hunger strikers were isolated from the rest of the prisoners, while others had their hunger strike prematurely ended when food tubes were forcibly placed in their mouths. (Al-Haq Affidavit No. 7287/2012)

Al-Haq is gravely concerned about these alarming practices, as they are likely to be imposed also on Bilal, Tha’er, Hasan and the other prisoners currently on hunger strike.