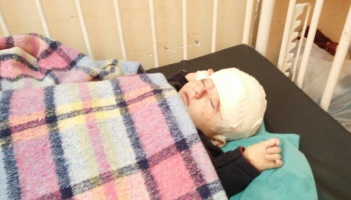 On 8 December 2017, between midday and 7:00 pm, thousands of Palestinians (gathering in waves of approximately a hundred at a time over the day), most of whom were youths and children, protested near the buffer zone in the eastern Gaza Strip against United States (US) President Trump’s unilateral recognition of Jerusalem as Israel’s capital and his decision to move the US Embassy from Tel Aviv to Jerusalem. During the protest, hundreds gathered by the separation fence and clashes erupted. The Israeli Occupying Forces (IOF) shot live and rubber bullets along with a number of tear gas canisters at the protestors from watch-towers located behind the fence. This led to the killing of Mahmoud Abd Al-Majid Salem Al-Masri, 29, who was shot by the IOF with a live bullet while he was protesting in the east of Khan Younis. The Ministry of Health in Gaza recorded a total of 141 injuries, including 20 children.

Following the protests, Israel carried out airstrikes in several locations in the Gaza Strip, killing one civilian and two members of Hamas’s Al-Qassam Brigades. The airstrikes led to the injury of 21 others, including a six-month old infant, who was left in a critical condition

Israeli military jets bombed several locations in the Gaza strip during the week that followed President Trump’s recognition. The following airstrike incidents were monitored and documented by Al-Haq:

– On 08 December 2017 around 9:15 pm, Israel conducted an airstrike targeting a site belonging to the naval police located in the south-west of the North Gaza Governorate. Large parts of the targeted site were destroyed as a result. No injuries were reported.

– Also on 08 December 2017 around 9:15 pm, Israeli military jets conducted five airstrikes on Al-Jidar military area belonging to the Al-Qassam Brigades near Al-Sheikh Zayed residential towers, a densely populated area separated from the targeted site by a 5-meter-wide road. The residential area is densely clustered with 60-70 apartment blocks, each five floors in height. Maher Mohammad Mohammad Atallah, 54, was going to help his mother-in-law, who resides in one of the residential buildings overlooking Al-Jidar military area. Maher was injured by an Israeli airstrike when he left his flat in residential building No. 5. He was taken to the nearby Indonesia Hospital where he succumbed to his wounds within the hour. The airstrike, which produced rocket fragments and glass shattering, further resulted in 21 injuries, including seven children and four women. One six-month old infant, Yousef Imad Mohammad Ishkayan, was critically injured after falling to the ground from the impact of the airstrike.

– On 09 December 2017 at 3:20 am, Israeli military jets carried out two airstrikes targeting Al-Qadisiyya training site belonging to the Al-Qassam Brigades located in Khan Younis. This led to material damages. No injuries were recorded.

- On 09 December 2017 at 3:50 am, Israeli military jets carried out three airstrikes targeting a military training area belonging to the Al-Qassam Brigades east of Jabaliya in the North Gaza Governorate. The airstrikes led to the injury of a one-year-old child, Karim Wisam Mohammad Abu Namus, who was in his house at the time, and damaged a large part of the targeted site in addition to causing the shattering of windows of nearby residential houses.

Al-Haq condemns the unnecessary and disproportionate use of force that Israel has used against unarmed protestors at the buffer zone in Khan Younis leading to the unnecessary killing of Mahmoud Abd Al-Majid Salem Masri and an excessive amount of civilian injuries. The containment of crowds is a law enforcement matter and not one requiring resort to a full-scale live fire military response

Al-Haq is deeply concerned that Israel is using the peaceful assembly and legitimate Palestinian protest across the Gaza Strip to manipulate a situation in which it exercises unrestrained and indiscriminate airstrikes on the Gazan population with intent to provoke an armed conflict. On 7 December, Israel alleges that projectiles were fired from the Gaza Strip, which fell short and landed in the Gaza Strip.1 Although there was no damage caused, Israel responded with extreme and excessive use of force, bombing a military camp located in a densely populated residential area without warning, leading to excessive incidental injuries and one death. It is noted that the force was so extreme that six-month old Yousef Imad Mohammad Ishkayan, fell to the ground from the impact of the airstrike, in the residential area nearby.

Al-Haq calls on the United Nations Security Council to urgently intervene to condemn the airstrikes and use all mechanisms at its disposal to halt Israel’s aggressive resort to force, to prevent an escalation of the situation to full-scale military hostilities.