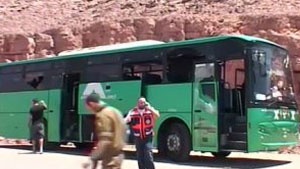 As an organisation dedicated to the protection and promotion of human rights in the Occupied Palestinian Territory (OPT), Al-Haq is concerned with the escalation in violence in the Gaza Strip, the arbitrary Israeli detention of a large number of Palestinians in the West Bank and the restrictions on freedom of movement therein following incidents near the Israeli city of Eilat on 18 August.

Around noon that day, a group of armed men of unknown affiliation carried out an attack killing seven Israelis. Several hours later, Israel responded by launching air strikes on the Gaza Strip. At the same time, Israeli officials released inflammatory and inciting remarks calling for retaliation. During his visit to Eilat only a few hours after the attack, Defense Minister Ehud Barak said that “There will be a price tag to this event […].Gaza will be severely hit.”  Prime Minister Benjamin Netanyahu stated the same day that, “[Israel] ha[s] a policy of extracting a very high price from anyone who causes [it] harm.”

Official comments also suggest that the strikes are part of a larger strategic plan to prevent expected Palestinian diplomatic efforts in the near future. Foreign Minister Avigdor Lieberman commented last Thursday that “[the attacks] prove that the Palestinian rhetoric o[f] diplomacy i[s] as removed from reality as Ramallah is from the UN building in New York City.”

The Israeli airstrikes on the Gaza Strip continued for three consecutive days and resulted in civilian casualties – including the killing of two children aged 2 and 4 -, and the destruction of civilian property. Israel’s reprisal on the Gaza Strip was followed by mortar fire onto Israeli population centers, which killed one Israeli civilian. Moreover, the Israeli occupying forces have arbitrarily detained more than 120 Palestinians in the Southern West Bank and have severely restricted the Palestinian freedom of movement in the area by installing a multitude of flying checkpoints and temporarily reinstalling former permanent checkpoints that had been previously removed.

Israel’s response to the Eilat incident together with the statements of its senior politician leaders exposes a military strategy seemingly alien to security concerns and which explicitly violates the provisions of Article 33 of the Fourth Geneva Convention prohibiting reprisals against protected persons, i.e., the Palestinian civilian population, and their property as well as collective punishment. The regretful killing of Israeli civilians cannot justify the adoption of reprisal measures against the protected persons who, according to international humanitarian law, should be spared from the effects of the conflict to the greatest possible extent.

Al-Haq condemns the targeting of civilians and calls on Israel to comply with its obligation as an Occupying Power to protect the Palestinian civilian population and to restrain from the implementation of measures which result in the collective punishment of Palestinian protected persons, both in the West Bank and in the Gaza Strip. Al-Haq also calls on the High Contracting Parties to the Geneva Conventions to uphold their obligation to ensure respect for the Conventions as established under Common Article 1, by taking concrete measures to pressure Israel to halt its violations of international law.