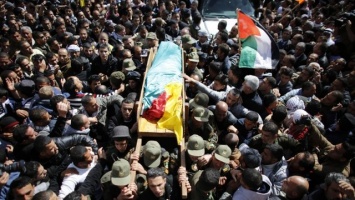 The Palestinian Human Rights Organisations Council (PHROC), along with Adalah, Public Committee Against Torture in Israel and Physicians for Human Rights-Israel, express their outrage at the death of Arafat Jaradat, 30, which, according to the autopsy report of Dr Saber al-‘Aloul, Director of the Palestinian Medico-legal Institute, was caused by torture and ill-treatment inflicted while in Israeli custody. The preliminary autopsy, to which there are links below, found that Arafat displayed severe bruising on his upper back, deep bruising along the spine, and significant bruising on both sides of the chest. The postmortem also discovered bruising on both arms and inside the mouth, blood around the nose and three fractured ribs. In addition, the examination discounted the claim by the Israeli authorities that Arafat died of a heart attack. His heart was completely healthy and there was no evidence of damage or weakness of any kind. The report concludes that all injuries were the result of very recent, severe and direct torture. The undersigned organisations reiterate the demands made by UN representatives for an immediate international investigation into the death of Arafat Jaradat with a view to holding those responsible for his death accountable.

Arafat Jaradat was arrested on 18 February on suspicion of throwing rocks and Molotov cocktails at settlers and was transferred to al-Jalameh prison where he confessed to throwing stones but denied any involvement with firebombs. On 21 February, his lawyer, Mr. Kamil Sabbagh, reported that Arafat was suffering from severe pain in his back and appeared to be psychologically and physically weak after three days under interrogation. According to Mr. Sabbagh, Arafat also expressed strong fear at the prospect of returning to interrogation when his detention order was extended by 12 days. After a request from Mr. Sabbagh, the Israeli military judge ordered that a full physical and psychological examination of Arafat be carried out, the results of which were to be presented to the Israeli Security Agency (ISA) and the court. It is unclear if this medical examination ever took place. If it did, the results of the exam should be disclosed. If it did not, the Israeli authorities must explain why this order was not complied with.

The absolute prohibition against torture is a peremptory norm of international law and “has now become one of the most fundamental standards of the international community”[1]. Since 2001, there have been more than 750 complaints of torture and ill-treatment against the ISA. Not one complaint has resulted in a criminal investigation. Indeed, given that all complaints are reviewed by the Inspector of Interrogee Complaints, who is himself an ISA agent, it is a process that guarantees the absence of credible and impartial investigations. The fact that the Israeli Attorney General has ratified each recommendation not to investigate is further evidence of the institutional impunity which shields the ISA and those who commit torture in Israeli prisons.

Article 12 of UN Convention Against Torture, of which Israel is a State Party, obliges States to perform prompt and impartial investigations in all alleged incidents of torture. Torture is also considered a grave breach of the Fourth Geneva Convention and is further listed as both a crime against humanity and a war crime under the Rome Statute of the International Criminal Court. In addition, torture has permissive universal jurisdiction according to customary international law, which allows any State to prosecute those accused of torture, regardless of their nationality.

However, in 1999, the Israeli High Court of Justice ruling in the Public Committee Against Torture in Israel v The State of Israel contributed significantly to the current climate of impunity, shielding those who commit torture. While the Court affirmed that the practice of torture was prohibited, it also held that such prohibition would not apply in cases of “necessity”, leaving room for the use of extreme measures in arbitrarily-defined situations, in blatant contradiction to the jus cogens status of the absolute prohibition of torture. The ruling effectively allowed for the continuing use of torture by affirming that an Israeli official charged with torture would not be criminally liable by virtue of the “necessity defence”, which can legitimise the use of “physical pressure” in certain circumstances.

In 2009, the UN Committee Against Torture reiterated its call on Israel to remove ‘necessity’ as a justification for the crime of torture as well as calling for all interrogations to be recorded on film. These demands have been ignored. In short, while torture is a crime that the international community maintains cannot be allowed to go unpunished, in Israel both the High Court of Justice and the Attorney General contribute to the lack of accountability that pervades the Israeli judicial system. Unless this culture of impunity is challenged, Palestinians in Israeli prisons will continue to be victims of torture and ill-treatment with regularity.

Arafat’s death is symptomatic of the utter disregard with which Israel holds the lives of Palestinian prisoners. Since the beginning of the occupation in 1967, 203 Palestinians have died in Israeli detention centres. At least 71 of these died as a direct result of torture.[2] One hundred and seventy eight Palestinians are being held in administrative detention without charge or trial or any access to the information upon which their detention is based. Presently, ten Palestinians are engaged in hunger strikes in protest against their detention. Tarek Qa’adan and Jafar Azzidine, who spent more than 90 days on hunger strike and are in critical condition, have suspended their strikes for a week ahead of a court hearing on 6 March in the hope that their detention orders will be dismissed. Both men had their administrative detention orders renewed for another three months on Friday 22 February.

In light of the above, the undersigned organisations call for the following steps to be taken:

[2] Data on file with Addameer.