On 16 October 2015, the Jerusalem Post reported that a senior Israeli defense official had advised the ‘deportation’ of Palestinian “families of terrorists” to the Gaza Strip in addition to revoking the residency permits of Palestinians in East Jerusalem.[1] Further, in a national radio report, Israeli Justice Minister Ayelet Shaked declared that Palestinian “attackers and their "supportive" family members would be stripped of their Jerusalem residency rights and social security”.[2]  Israeli Military Order 378 (1970) provides that the military commander may require a person subject to special supervision to “live within the bounds of a certain place”.[3] 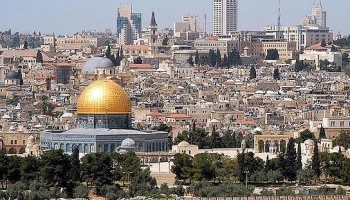 The revocation of residency rights and forcible transfer of protected persons from their communities represent serious violations of international human rights and humanitarian law and feed into a broader policy and plan of systematic persecution of the civilian population.  East Jerusalemites would no longer fulfill the criteria of continuous residence under the onerous ‘center of life’ requirements, if subjected even temporarily to assigned residence outside East Jerusalem. The deportations and revocations of residency mirror the illegal measures introduced by Israel in its violent response to the second Intifada, which resulted in increased Israeli control over villages and towns in the West Bank.[8]

The legal framework governing the occupied West Bank including East Jerusalem and the Gaza Strip is international humanitarian law including the Hague Regulations (1907), the Fourth Geneva Convention (1949), provisions of Additional Protocol 1 (1977), as lex specialis and human rights and customary international law. Notably, in its authoritative Advisory Opinion on the Wall, the International Court of Justice considered that “all these territories (including East Jerusalem) remain occupied territories and Israel has continued to have the status of Occupying Power”.[9] Therefore humanitarian laws governing “protected persons” in occupied territory apply to Palestinians holding permanent residency rights in occupied East Jerusalem.

Israel has premised past unlawful transfers of protected persons from the OPT on Article 78 of the Fourth Geneva Convention.[10] Article 78 permits the Occupying Power “for imperative reasons of security, to take safety measures concerning protected persons” including assigned residence or internment.[11] The assigned residence must be made “according to a regular procedure” including a right of appeal, in line with the guarantees of the Fourth Geneva Convention.[12] The sanction is an exceptional measure and represents a security measure of last resort determined on a stringent case-by-case basis. Because of its exceptional nature, assigned residence must be continually monitored and subject to a six monthly periodic review by a “competent body” established by the Occupying Power.[13]

The revocation of residency permits and social security of family members based on their relation to an alleged attacker does not fulfill the exceptional security grounds of an Article 78 assigned residence. Rather it amounts to collective punishment managed outside of the courts of law by an administrative body without due process. Collective penalties are prohibited under humanitarian law and are prosecutable as a war crime.[14] The collective penalty may be judicial or administrative and is handed down in response to a “perceived transgression”. [15] A penalty handed down for the perceived transgression of another, violates the general principles of law that responsibility is personal and accordingly defies “the most elementary principles of humanity”.[16]  Significantly, in Prosecutor v Delalić, the ICTY considered assigned residence an exceptional measure that must never be applied on a collective basis.[17] Similarly the official ICRC Commentary to the Fourth Geneva Convention warns against using Article 78 assigned residence as collective measures.[18]

Even on the exceptional and narrow grounds of Article 78 assigned residence, Article 39 of the Fourth Geneva Convention further obliges the Occupying Power to ensure the support of the relocated person and that of his dependents.[19] Even if the criteria for Article 78 were fulfilled, the stripping of social security from accused Palestinians and their family members as Israeli Justice Minister Ayelet Shaked suggests, would violate Israel’s obligations to provide monetary support and humanitarian assistance to persons and families subjected to and impacted by assigned residence. Under Article 39 of the Fourth Geneva Convention the Occupying Power is obliged to provide support where a person “for reasons of security is prevented from finding paid employment on reasonable conditions”.[20] Given that the Gaza Strip has the highest unemployment rate in the World Bank database of 207 countries, the removal of persons to the Gaza Strip places a significant positive obligation on Israel to provide financial support and humanitarian assistance to the accused and their family members.

The Geneva Conventions also require that assigned residence must take place within the frontiers of the occupied territory.[21] Notwithstanding, owing to the geographical, economical and social fragmentation of the OPT, assigned residence from East Jerusalem to Gaza would constitute a “de facto separate area for the purposes of Article 78”.[22]

In Kordic and Mario Cerkez, the International Criminal Tribunal for the former Yugoslavia (ICTY) further considered that assigned residence should be limited to “a locality which is generally out of the way and where supervision is more easily exercised”.[23] Notwithstanding, the removal of persons under the direct supervision of Israel in occupied East Jerusalem to the Gaza Strip under de facto Hamas control is a doubtful use in terms of special supervision.

Outside the limited and exceptional measure of assigned residence, the forced removal of Palestinians from their homes to other parts of the Occupied Territory amounts to forcible transfer, a war crime under the Rome Statute of the International Criminal Court and grave breach of the Fourth Geneva Convention and Additional Protocol 1.[24] Article 4 of the Fourth Geneva Convention defines protected persons as those who “at a given moment and in any manner whatsoever, find themselves, in case of a conflict or occupation, in the hands of a Party to the conflict or Occupying Power of which they are not nationals”.[25] Under Article 5 of the Fourth Geneva Convention, even persons under “definite suspicion of activity hostile to the security of the Occupying Power” retain their status as protected persons.[26]

At Nuremberg the prohibition on deportations was held to be customary international law.[27] In this vein, Article 49 (1) of the Fourth Geneva Convention provides that “individual or mass forcible transfers, as well as deportations of protected persons from occupied territory to the territory of the Occupying Power or to that of any other country, occupied or not, are prohibited, regardless of their motive”.[28] In this regard, forcible transfer distinct from deportation pertains to transfer within the boundaries of the State and amounts to a war crime.[29] Importantly, the prohibition is absolute and only allows for limited exception in the case of evacuation for imperative security considerations.[30]  However transfers of persons suspected of crimes or their family members for punitive or deterrent reasons do not reach the threshold of evacuation for reasons of safety based on immediate hostilities. Instead, they represent a forcible transfer to another part of the occupied territory in violation of Article 49(1) of the Fourth Geneva Convention.

Outside the limited and exceptional framework of Article 78 ‘assigned residence’, Israel’s forced relocation of protected persons from their community’s amounts to forcible transfer.[31] The forcible transfer of protected persons is prohibited. In addition, the forcible transfer of family members of alleged ‘terrorists’ amounts to a collective penalty awarded administratively and without due process. Human Rights law guarantees the right of accused persons to receive a fair trial by an independent, impartial and regularly constituted court, the presumption of innocence of the accused,[32] the obligation to provide the accused with information on the nature and cause of the accusation, all necessary rights and means of defense,[33] the right to trial without undue delay, the physical presence of the accused at trial, and to be subject to public proceedings. Human Rights also require that the accused is not punished more than once for the same act on the same charge (ne bis in idem).[34] In addition, wilfully depriving protected persons of the rights of fair and regular trial is prohibited under international humanitarian law and amounts to a grave breach of the Fourth Geneva Convention (1949).[35] That being said, even with court proceedings, the collective penalty of forcible transfer is still manifestly unlawful and a war crime under international humanitarian law.

4.3 Right to not be Displaced

The right to residence is a fundamental human right. Article 13(1) of the Universal Declaration on Human Rights provides that “everyone has the right to freedom of movement and residence within the borders of each State”.[39] Similarly, Article 12(1) of the International Covenant on Civil and Political Rights (ICCPR) guarantees the right to “liberty of movement and freedom to choose his residence”.[40] In this vein, the Special Rapporteur on the Freedom of Movement, Human Rights and Population Transfer has considered the right to not be displaced as constituting a fundamental human right. [41]

Israel is under an obligation to terminate its breaches of international law.[42] Additionally, Article 1 of the Fourth Geneva Convention requires that High Contracting parties to the Convention “undertake to respect and ensure respect for the present Convention in all circumstances”.[43] Furthermore, Article 146 requires High Contracting Parties to search for, arrest and bring to trial those who have directly committed or facilitated a grave breach of the Fourth Geneva Convention. In this regard, the forcible transfer of protected persons from their residence in addition to wilfully depriving a protected person to the rights of a fair and regular trial amounts to a grave breach of the Geneva Conventions. States have an obligation to ensure that Israel respects these provisions and to apply universal jurisdiction over individuals criminally responsible for their violation.

Furthermore, forcible transfer is a war crime under the Rome Statute of the International Criminal Court (ICC). On 16 January 2015 the Prosecutor of the ICC opened a preliminary examination into the situation in Palestine. Under Article 12(3) of the Rome Statute, Palestine lodged an ad hoc declaration recognizing the jurisdiction of the Court from 13 June 2014 onwards.[44] Should the Prosecutor open a criminal investigation, the Court may have jurisdiction to hear incidents of forcible transfer amounting to international crimes.

[9] International Court of Justice, Advisory Opinion on the Legal Consequences of the Construction of a Wall in Occupied Palestinian Territory, 9 July 2004, para. 78.

[22]  Al-Haq, ‘Israel’s Deportations and Forcible Transfers of Palestinians out of the West Bank during the Second Intifada’ Occasional Paper 15 (April 2006) 36.

[27] For example Article 6 of the Nuremberg Charter included as war crimes “deportations to slave labour or for any other purpose of civilian population of or in occupied territory” and crimes against humanity included “deportation or other inhumane acts committed against any civilian population before or during the war”. See Office of the US Chief Counsel for Prosecution of Axis Criminality, Nazi Conspiring and Aggression (Vol.1, 1946) 5.

[29] Prosecutor v Krstic (Judgment, Trial Chamber), ICTY-98-3R-T (2 August 2001), paragraph 521. Deportation was recognized as a crime against humanity in the Nuremberg Charter, the Charter of the International Military Tribunal for the Far East, the Allied Control Council Law No. 10, and the Rome Statute.

[32] Article 14(2), International Covenant of Civil and Political Rights (1966); Human Rights Committee, General Comment 24 (52), General comment on issues relating to reservations made upon ratification or accession to the Covenant or the Optional Protocols thereto, or in relation to declarations under article 41 of the Covenant, U.N. Doc. CCPR/C/21/Rev.1/Add.6 (1994)

[44] Al-Haq, ‘Al-Haq’s Questions and Answers: The Preliminary Examination of the Situation in Palestine’ (2015) 2.