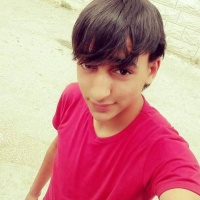 On 19 August 2017, the Israeli Occupation Forces (IOF) killed Qutaiba Zahran, 16, at Za’atara military checkpoint. An eyewitness confirmed that Qutaiba carried out a stabbing attack against an Israeli soldier, and was then shot by another Israeli soldier. Once the boy was on the ground, two soldiers continued to shoot at him. The witness stated “I heard at least five bullet sounds when the man was already down.” Qutaiba died immediately.

Qutaiba was from ‘Allar, north of Tulkarm, and was the youngest of eight children. His father told an Al-Haq field researcher:

I am a father of eight. I have five sons and three daughters. My son Qutaiba Ziad Zahran is the youngest, 16 and 11 months old. On Saturday, 19 August 2017, around 4 p.m., I lost contact with my son Qutaiba. He left the house at around 1 p.m., and I did not know where he was going. At around 6 p.m. that evening, I found out on the local news and on Facebook that my son Qutaiba Zahran had been killed by IOF near Za’atara military checkpoint, located to the south of Nablus on the road leading to Ramallah. Local news sources reported that my son had been killed after being shot by Israeli soldiers at the checkpoint for allegedly carrying out a stabbing attack against them. I received no official communication from any entity of the Palestinian Authority notifying me of my son’s killing. The IOF withheld my son’s body; I did not know where it was being kept or when it would be handed over to me for burial in our hometown of ‘Allar. Around 3 a.m. the next morning, Sunday, 20 August 2017, the IOF raided my family home accompanied by Israeli intelligence officers. There were around 50 Israeli soldiers who had spread out inside and around the periphery of our home. At first, they kept us in one of the rooms. After they had searched the house, one of the Israeli intelligence officers – who spoke fluent Arabic, but did not identify himself – began to interrogate me, my children, and my wife inside our house. He interrogated each member of my family for five to ten minutes, during which questions revolved around my late son Qutaiba and his social network. The officer did not set a date to return the body. At around 4 a.m. that morning, the IOF left our house after having arrested my son Tareq Ziad Zahran, 30, and confiscating his phone.(Al-Haq Affidavit No. 564/2017)

As of 7 September, Qutaiba’s body continues to be held by the IOF and his brother, Tareq, remains in Israeli custody. While Qutaiba carried out a stabbing attack against the IOF in occupied territory, witnesses also confirmed that he continued to be shot by two soldiers even after he was incapacitated on the ground. Two witnesses interviewed were on a bus meters away from the incident, and expressed concern over their security due to the bullets being sprayed near them. In past incidents, the random spraying of bullets by the IOF in the context of actual or alleged attacks resulted in the injury of innocent by-standers.

The aftermath of Qutaiba’s killing, including the raiding of the family home, interrogation of family members, and the holding of Qutaiba’s body, all fall within Israel’s broad policies and practices of harassment and collective punishment. The holding of bodies violates prohibitions against torture and other cruel , inhuman or degrading treatment or punishment, and has caused Palestinians to take extreme measures in order to ensure an immediate burial for their relatives and friends. Israel’s raid on the Zahran family home also violates Article 17 of the International Covenant on Civil and Political Rights, which affirms in part “No one shall be subjected to arbitrary or unlawful interference with his privacy, family, home.” Collective punishment is further prohibited under international humanitarian law.